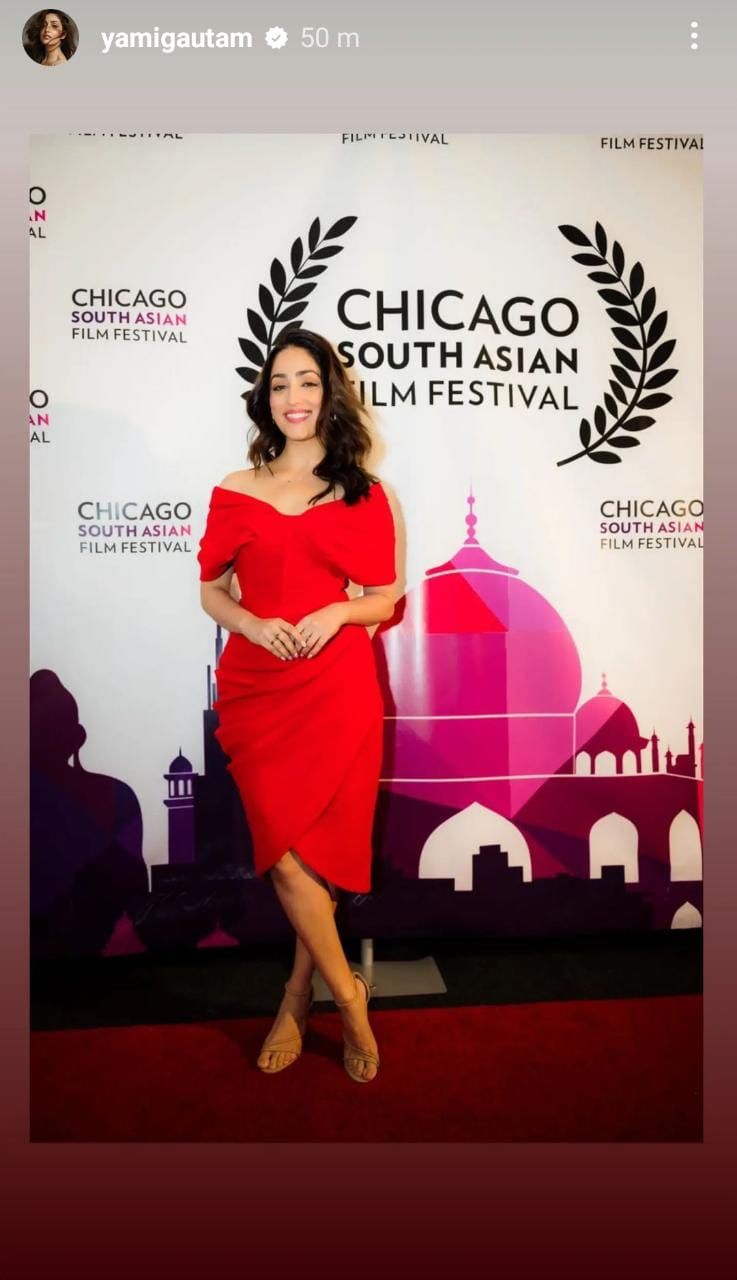 Yami Gautam Dhar is back with yet another great news for her fans as her film ‘Lost’ not only premiered today at the Chicago South Asian Film Festival (CSAFF) 2022, but also received a tremendous response from the audience.This is the third release for the actress this year along and she is clearly owning 2022 with strength.

Taking to social media, she wrote “It truly gives us joy to share with you all that #Lost received a standing ovation at the @csaffestival, along with high praises that were filled with immense love.✨”

Donning an extremely gorgeous red dress, Yami looked stunning for CSAFF, which was held from 22nd September to 25 September. After ‘A Thursday’ and ‘Dasvi’, ‘Lost’ becomes her third strong release to come this year and this power pack of a performer is clearly unstoppable. On the same day she also revealed the trailer of yet another upcoming next, Chor Nikal Ke Bhaga.

Meanwhile, on her lineup ahead, Yami looks forward to many more exciting projects including OMG2, Dhoom Dham, Chor Nikalke Bhaga and other unannounced films leaning on her shoulders.

Advertisement
Related Topics:Yami Gautam
Up Next

“I have always been captivated by Hrithik Roshan’s personality,” Rohit Saraf says of his dream of working with Hrithik Roshan in Vikram Vedha.