"We're all Indian, we can never lose," said Allu Arjun while being the Grand Marshall in this year's Indian parade in NY.
Advertisement 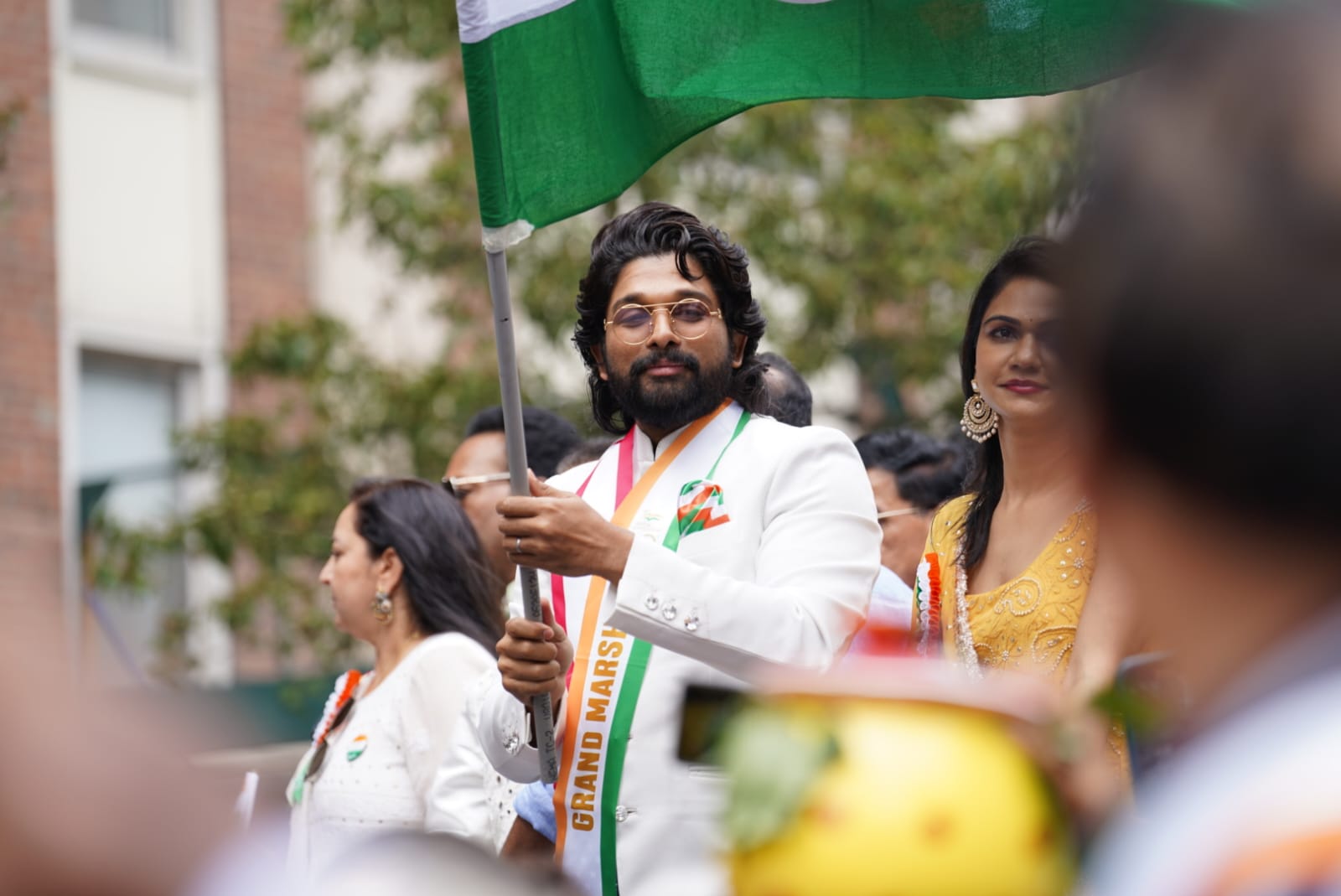 Today actor Allu Arjun represented India in the biggest annual Indian parade in New York. India is marking its 75th year of independence and he has been acknowledged with the prestigious title of Grand Marshall in this parade. Social media trended him as #GrandMarshalAlluArjunAtNYC and it has become a major success for him.

“writing thank you messages to my supporters, can’t wait to see what 2019 will make of me,” said Arjun.

Expressing his gratitude to the Indian-American community

I was honored to be a grand marshal at the Indian Day Parade.

He addressed people about the flag and assured them that no matter what, it will never fall. He was seen making this statement with the Indian flag in his hands.

The parade was a success. The crowd yelled with joy and hailed Allu Arjun in the parade as ‘Jai Bunny’.

Actor Priyanka Chopra was asked to be the Grand Marshal in this year’s Indian parade. The attention of the public globally has given her a huge boost in prestige and makes her one of the best-known Indian celebrities.

Allu Arjun is an environmentalist on social media and in real life. He has plants at his house and office, and recently he did not promote brands that are considered harmful to society.

Top 5 movies to binge-watch this weekend