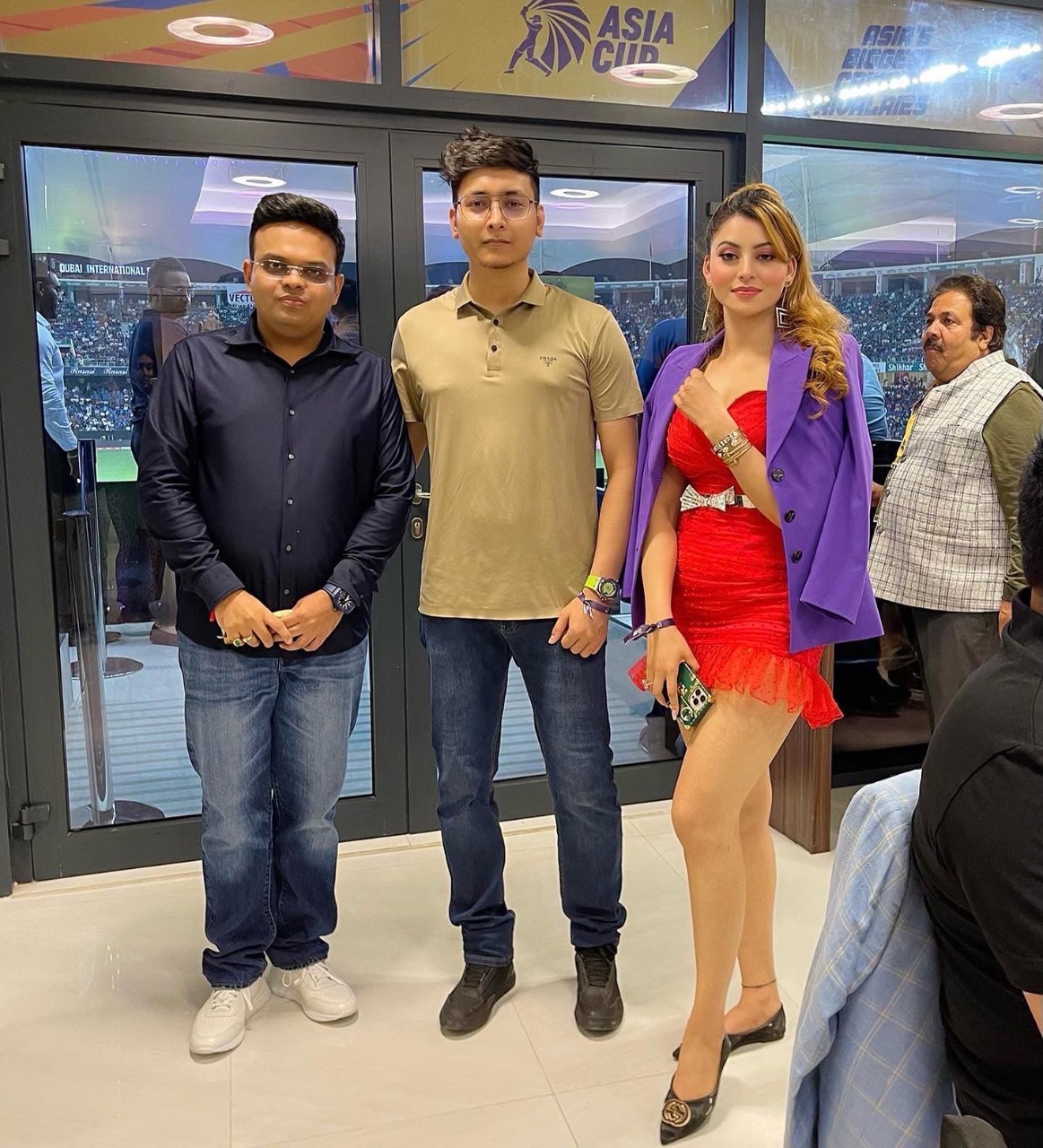 Urvashi Rautela who is Bollywood and one of the youngest superstar has always amazed the audience with her stellar performance and looks and have made India proud in every way possible. She is one of those beauties who always grabs the limelight with her scintillating looks. Be it an Airport look, Red carpet look or ramp walks. This diva has always made heads turn. The actress yet again stole the entire limelight and grabbed the eyeballs as she attended the India-Pakistan Asia World Cup Match

Urvashi was seen cheering for India in full pride with a national flag. The actress, who was at the VVIP stand, was looking breathtakingly gorgeous as she was seen donning an Elizabeth French outfit, which made her look like a bombshell, as she had opted for a deep tube neck mini red dress and to add a pop-up to it she paired it along with a Purple blazer and tied up her hair in a ponytail. Perfect makeup and blended blush made her look stunning and made all the audience go gaga over her. The actress was seen watching the match along with Amit Shah’s son Jay Shah. Pictures of the actress along with her brothers, Yash Raj and Jay Shah, are taking the round on the internet. The trio looked fantastic in the picture.

Advertisement
Related Topics:Urvashi Rautela
Up Next

Ajit Arora’s Movie Unaad which was selected for a mega premiere at the Mami Film Festival, is all set to be released in theaters, helmed by Aditya Sarpotdar