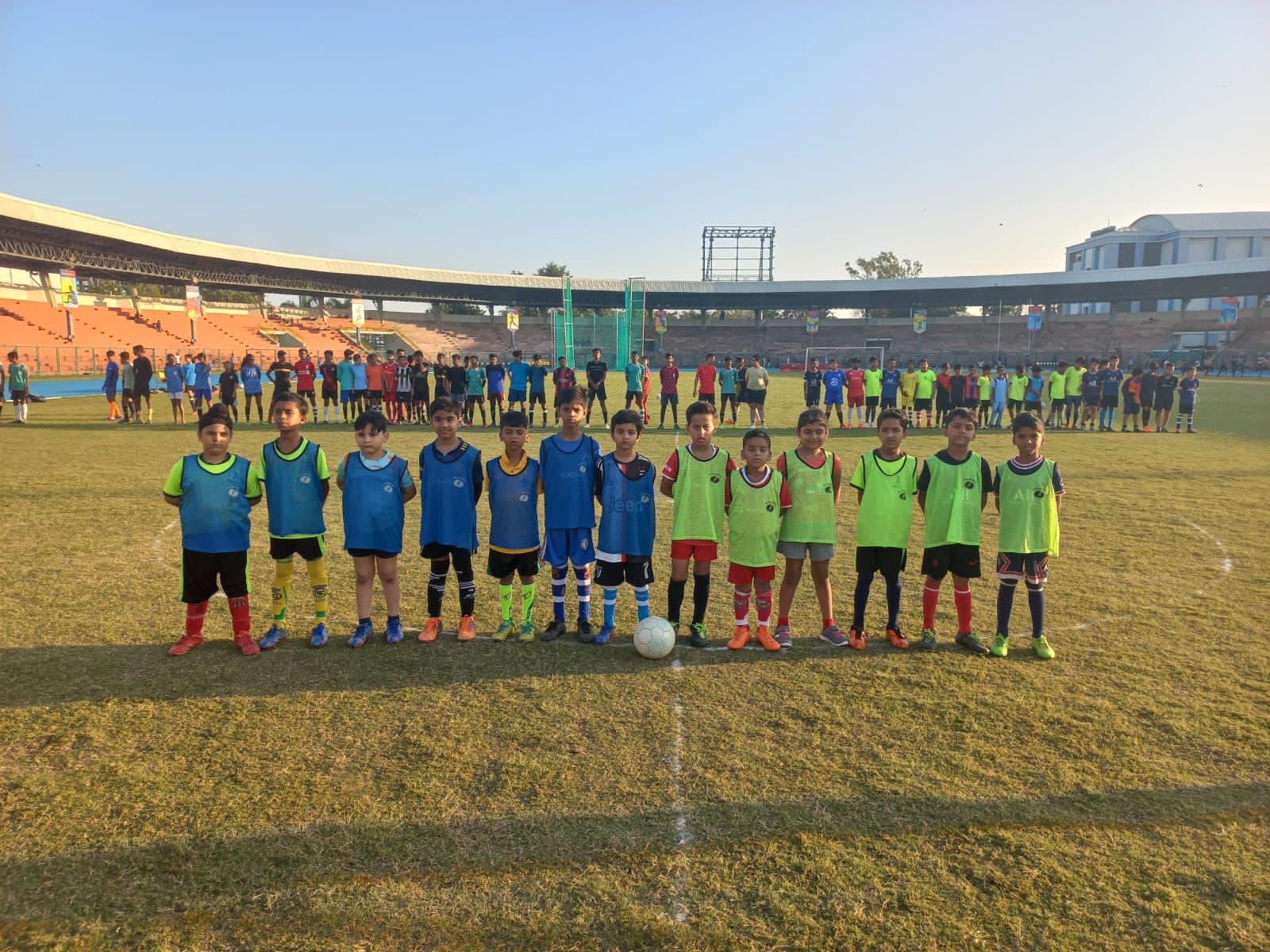 Bhopal : Ijay and Rohin Singh, two brothers’ dreams of playing competitive football under 10 years of age group are going to be fulfiled. Little footballers are thrilled to be included in the six-player squad of TT Nagar Stadium teams for the first-of-its-kind Under 10 Football Championship in the country being organized here. Ijay Singh has been included in TT Nagar Stadium BLUES Squad for Baby League along with Abdullah, Affan Yartharth, Veer, and Samarth Singh. Rohin Singh represents TTNS TIGERS with fellow little footballers Adhyam, Avtansh, Krishna, Daksha Verma and Nayan Singh. TTNS has prepared four teams for the 6-day Baby League and over eight teams’ little footballers would showcase their dribbling, attack, defence and other skills to football lovers and their parents.
According to the organizer, the playground size has been reduced to 40 X 20 ft and the goalpost size would be 6X8 Ft. Each team will consist of 6 players instead of 11 and there be two halves of 10 minutes. These changes make the format the first of its kind.
“Our main aim of organizing the Baby League is to spot the talents of little players and motivate them to excel in this game. Football tournaments are common for other higher age groups but we want to catch them NOT Young but as KID. Usually, kids do not get many opportunities at this stage. The tournament would give us an opportunity to identify players who have the potential to play for the state and the country in future,” said JP Singh, Foot Coach of TTNS.
“At the age of three only we witnessed that Ijay and Rohin watched only football on TV and show little interest in other games or sports. In school, they preferred to play football. Hence we started motivating them to go ahead with the most popular game in the world. We would be very happy to see them playing in the Baby League. It would be delightful to watch little footballers’ talents in the field for all parents too,” said Narendra Singh, Uncle of Ijay and Rohin.
TTNS teams have been practising hard to excel in the league. Ijay and Rohin, with all fellow team members, are putting their best to make their respective teams the champions. The kids feel that after the league the parents and teachers would take them more seriously in pursuit of their passion for sports.

Related Topics:Ijay and Rohin
Up Next