Kartik Aaryan roped in as brand ambassador for popular chocolate, check out

"Dr Sagar has done a fantastic job and really elevated the performances in the show with his haunting music", says actress Huma Qureshi for the ace lyrist Dr Sagar on working together in Maharani season two

Ayesha Jhulka on working with Juhi Chawla in Amazon Original Hush Hush: It’s strange how we did not work together earlier

"Darshan Raval and I have A Garba Connection", Says Warina Hussain On Their Recent Song Dhol Bajaa

Produced by Ellanar Films, Directed by Dr. Biju Kumar Damodaran, a highly anticipated anti-war drama is set to grip audiences soon.
Tovino Thomas, in a brand new avatar, will be accompanied by the on-screen brilliance of Nimisha Sajayan and Indrans. Produced by Ellanar Films, Mythri Movie Makers and Tovino Thomas Productions, the film’s launch has propelled the appetite of fans across the nation.
Tovino Thomas is happy to be a part of Adrishya Jalakangal for its team and theme. He feels that it has a universal subject relatable to the current scenario and speaks about how war can lead to dire consequences for people that had no part to play in it to start with. He also adds, “Oftentimes war is the consequence of corrupt systems and a lust for power, amidst such nuisance innocent citizens get caught in the crossfire and that is a sad reality for many.”
Directed by Dr. Biju Kumar Damodaran, Adrishya Jalakangal is going to be an unabashed depiction of what war and its consequences truly look like. Speaking on the film and its message he said, “Adrishya Jalakangal is an attempt to look at the social menace of war from a common man’s point of view and be a strong artistic signature against war.”
Film producer, Radhika Lavu has led the production of the film after having great success producing two Telugu Web Series under the Ellanar Films banner. She also recently wrapped up the shoot of a Hindi/ international film titled ‘Minimum’ – an immigrant story starring actors Saba Azad, Namit Das & Geetanjali Kulkarni and is also producing an upcoming untitled Malayalam film starring Amala Paul.
Adrishya Jalakangal’s impending release will mark the on-screen return of Tovino Thomas and Nimisha Sajayan after four years. “To finally get the ball rolling on the production side of things feels great. The social issue at the core of this film is very close to my heart and it is crucial that we address it with the respect and gravitas it deserves,” adds Radhika Lavu. The anticipation around the film is palpable, so watch this space for more. 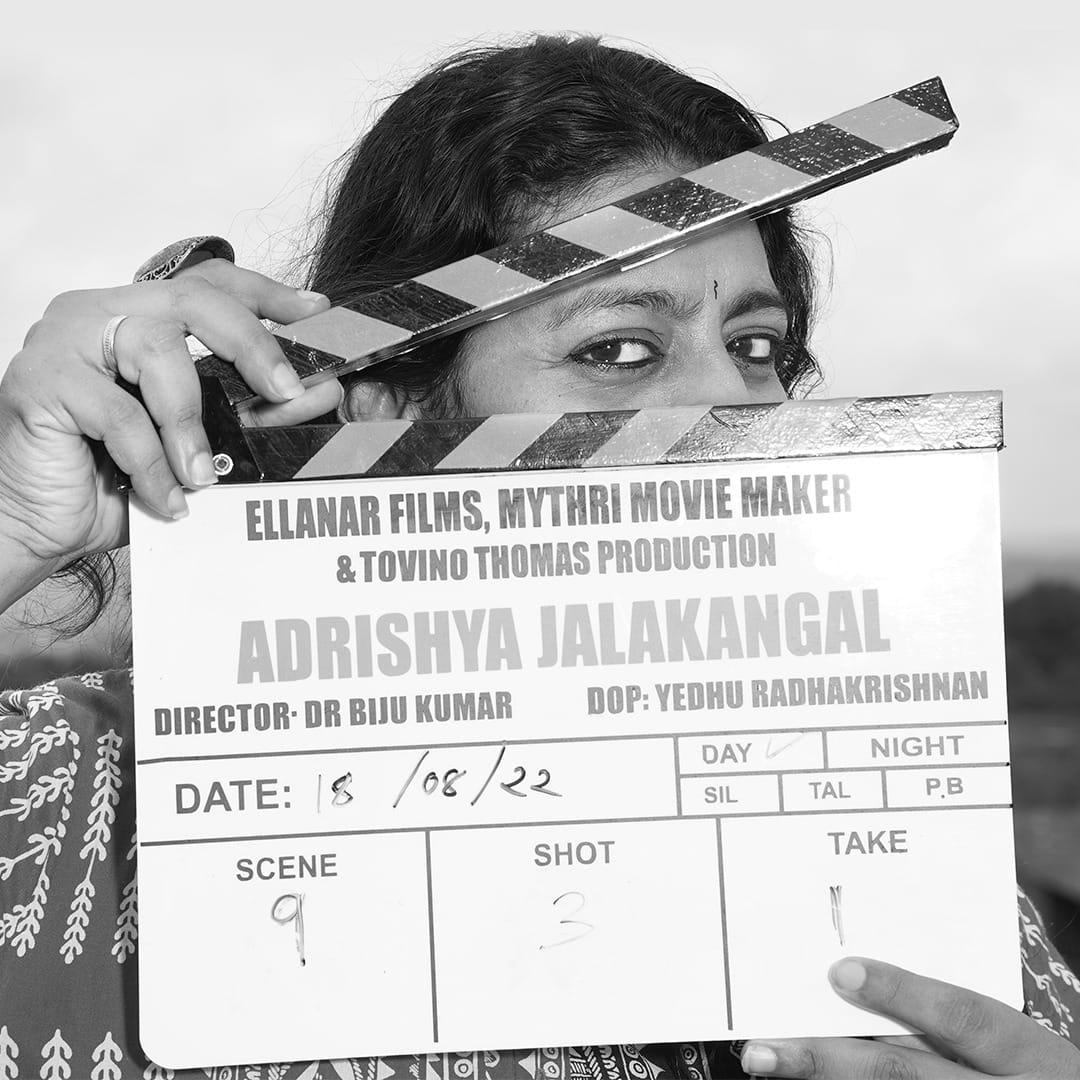