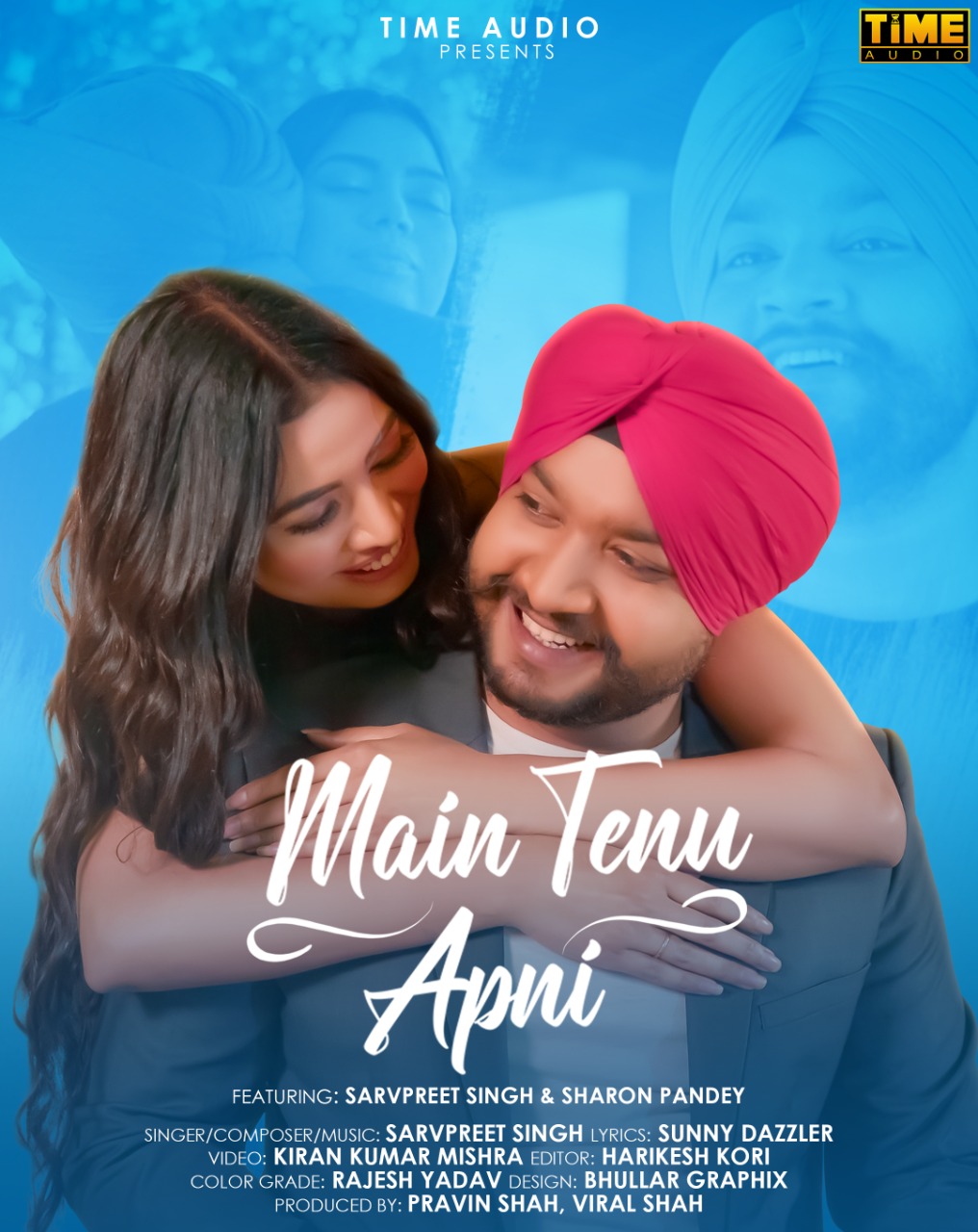 We’ve all heard a lot of love songs, right? Our minds and hearts synchronize when we hear romantic music, and we begin to create different scenarios in our minds. While some of us go back to our romantic partners, others remember their one-sided love. However, every person experience one-sided love at least once in their lifetime. It’s the hardest to describe but the finest emotion one can experience; it’s unselfish where one just wants to receive a bit of love and attention in return.

TIME AUDIO recently released the new Punjabi romantic song “Main Tenu Apni”. This is the story of one-sided love which eventually has a happy ending at the end.

The song’s three verses and chorus center on a guy and his love interest. In the album, the guy is shown to be in intense, unrequited love with a girl who is a friend of his mutual friend. Throughout the entire song, he is willing to do anything to win her over and keep her in his life. The song ended on a sweet note where he proposed to the girl and the girl said yes.

Sarvpreet Singh, who has contributed several superhits to the music industry, has sung the song. Among the well-known songs sung by the vocalist are Yaari Yaari, Jinde Meriye, and Hai Tu from 14 Phere. Sarvpreet Singh appears in the song along with Sharon Pandey in the lead role. Sunny Dazzler wrote the song, which is directed by Kiran Kumar Mishra and produced by Pravin Shah and Viral Shah.

TIME AUDIO, which is a unit of the TIME GROUP, has offered customers 3000 music audios since the days of cassettes. The song “Main Tenu Apni” is released under the banner of TIME AUDIO. The group also collaborated with a variety of artists to distribute songs and music videos during the dynamic culture and transition from cassettes to the Web.

The song “Main Tenu Apni” will definitely remind you of your love interest and make you feel nostalgic about the days when you love someone wholeheartedly and now you are together with them. You can listen to this song on Ganna, Jio Savan, Spotify, and many other apps. What are you waiting for? Just plug in your earphones and listen to the song on the loop anywhere and everywhere.

Mirchi Plus presents a true-crime series ‘India’s Most Wanted’, hosted by Suhaib Ilyasi