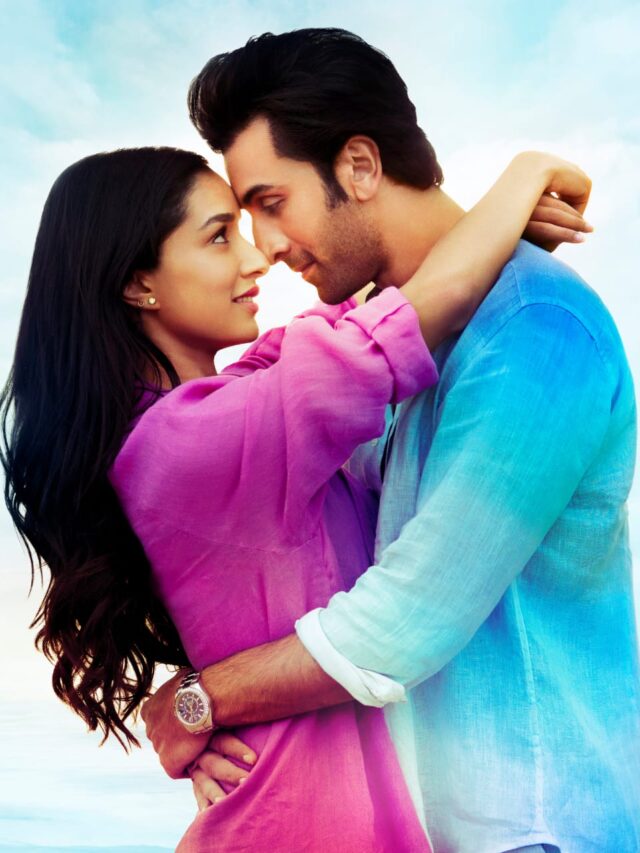 The trailer of Luv Ranjan’s most awaited romantic comedy ‘Tu Jhoothi Main Makkaar’ was released at a mega event today and the reaction was ecstatic. The trailer was a breath of fresh air, with crackling chemistry between the lead pair, stunning visuals, hilarious dialogues and a concept which is fun, unexpected and twisted as the title itself and yet totally relatable. Tu Jhoothi Main Makkaar seems to be the one to get romance back to the theatre, but 2023 style.

Stand-up king Anubhav Singh Bassi who makes his debut with the film took the mic to host the event, and he literally brough the house down with his witty one liners and set the stage up for the launch of the most entertaining trailer of the year. When the Jhoothi Shradha and the Makkaar Ranbir joined the stage with Director Luv Ranjan the anecdotes flowed and it was visible that shoot of the film was as much fun as it looks on the screen. The trailer also gave a glimpse of the fantastic music that is in the film with the magic of Pritam, Amitabh Bhattacharya and Arijit Singh coming together.

Audiences have waited for a long time for a genuine young rom-com film and TJMM surely has all the boxes checked. The trailer just makes the anticipation for the film go a few notches higher. February the month of love seems to be a long wait as the film hits screens worldwide on the Holi , 8th March 2023.

Director Luv Ranjan who is known for his unique brand of films and is the flag bearer of contemporary romance said “Love is a complicated subject, but why not have some fun while we try and unravel relationships in today’s world. The world and vibe of the film has been brought alive by the super talented pair of Shradha and Ranbir and my brilliant crew. I am hoping for audiences across all ages, young and young at heart to have a good time in the theatres while they relate to their own romance when they watch the film.”

Splistvilla 14: Arjun Bijlani roasts Tara Prasad for misbehaving with him