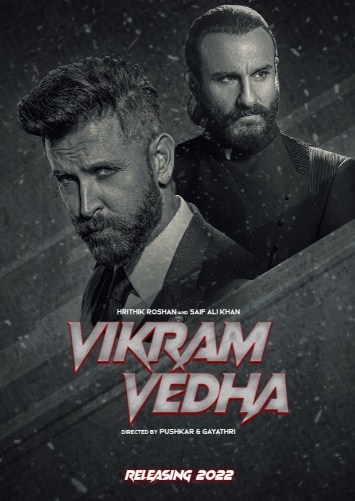 The teaser of Vikram Vedha promises the film to be a complete entertainment package with an epic storyline for viewers to look forward to.

The teaser of the upcoming action-thriller has been trending on Twitter throughout the day and bagged the No. 1 trending spot on YouTube! Vikram Vedha’s teaser gave first ever motion sneak peek into the story of the film, becoming a topic of chatter and frenzy across social media platforms.

Starting from Hrithik Roshan’s badass avatar of Vedha to Saif Ali Khan’s intense role of a cop as Vikram, every frame of the film is gripping and amusing.

Vikram Vedha is presented by Gulshan Kumar, T-Series and Reliance Entertainment in association with Friday Filmworks & Jio Studios and a YNOT Studios Production. The film is directed by Pushkar & Gayatri and produced by Bhushan Kumar & S. Sashikanth and Vikram Vedha will hit the big screens globally on 30th September 2022.

Richa Chadha and Ali Fazal’s maiden production Girls Will Be Girls sets a new record by acquiring four international grants at the scripting level, first for any production house in India