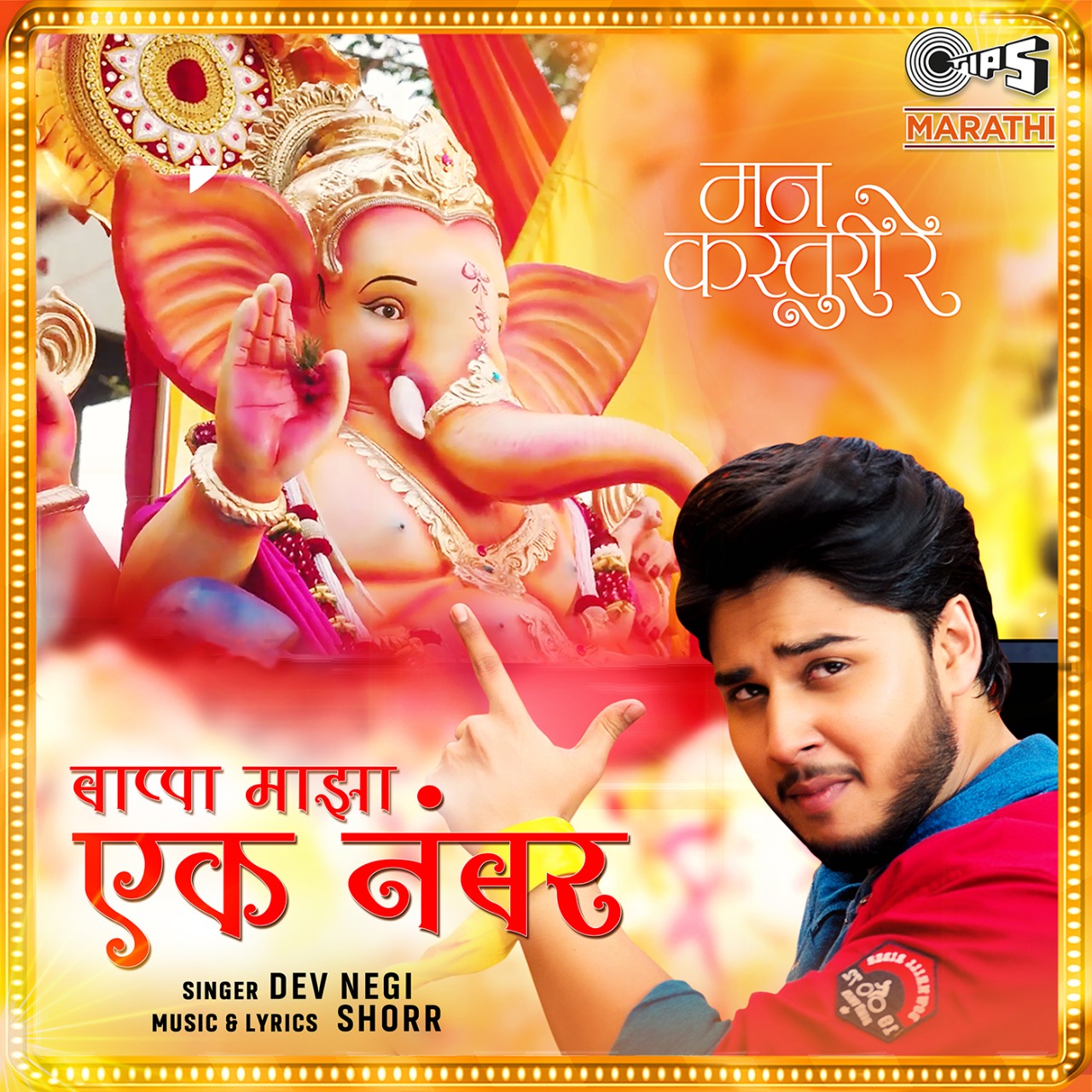 Ganesh, lord of wisdom and good fortune, brings energy and vitality. Ganeshotsav holds a special place in everyone’s heart. Now, everyone is waiting for the arrival of the beloved Ganaraya. Everyone’s favourite actor and ‘chocolate boy’ of the Marathi industry, Abhinay Berde is no exception. He is celebrating Bappa’s grand welcome saying that he is Bappa’s ‘number one fan’. The first dazzling Ganpati song from the upcoming movie ‘Mann Kasturi Re’ features Marathi actor Abhinay Berde. Presented by Nitin Keni’s ‘Mumbai Movie Studios’, the film is hitting the screens on November 4. Abhinay Berde, and popular actress of Hindi serial ‘Naagin’ and ‘Bigg Boss 15’ winner Tejasswi Prakash will be seen as a fresh pair in the film.

You will see the tremendous performance of Abhinay on this song whose beats are really catchy. The lyrics of the song and its music are composed by Shorr. This song has been rendered in the magical voice of Dev Negi. Rahul and Sanjeev have created the choreography. Sudesh Sawant is the sound producer. Tips Music holds the music rights.

Talking about this song, Abhinay says that ‘Bappa’s arrival makes everyone happy. This is the joy and excitement you will find in this song. I had a lot of fun performing this song. Bappa is number one for all. He expressed his belief that this song will be played everywhere in this Ganpati festival.

This movie is written and directed by Sanket Mane. The film is produced by IMENS Dimension Entertainment and Arts under Venkat Attili and Mrityunjay Kichambare. The film is co-produced by Nisheeta Keni and Karan Konde’s Dragon Water Films. ‘UFO Cine Media Network’ is the distribution partner of the film. The business head is Shomil Shah.

Ahead of Ganesh Chaturthi, singer Dev Negi wishes all his fans a very Happy Ganesh Chaturthi and says, “Ganpati Bappa is here to bless us all. And I hope this new age energetic devotional song for our favourite Bappa is loved by all.”

Lyricist & Music Composer Shorr says, “Something that I observed while staying in Mumbai is the celebration of Ganpati Chaturthi. Over a period of time, it has made a special place in my heart too, which is why I wanted to create a song for Bappa. And it just turned out to be that way. Ideally, creating a music piece takes a good amount of time, but this happened really quickly.”

Mega Power Star Ram Charan is excited to resume shooting for the much awaited, RC 15!