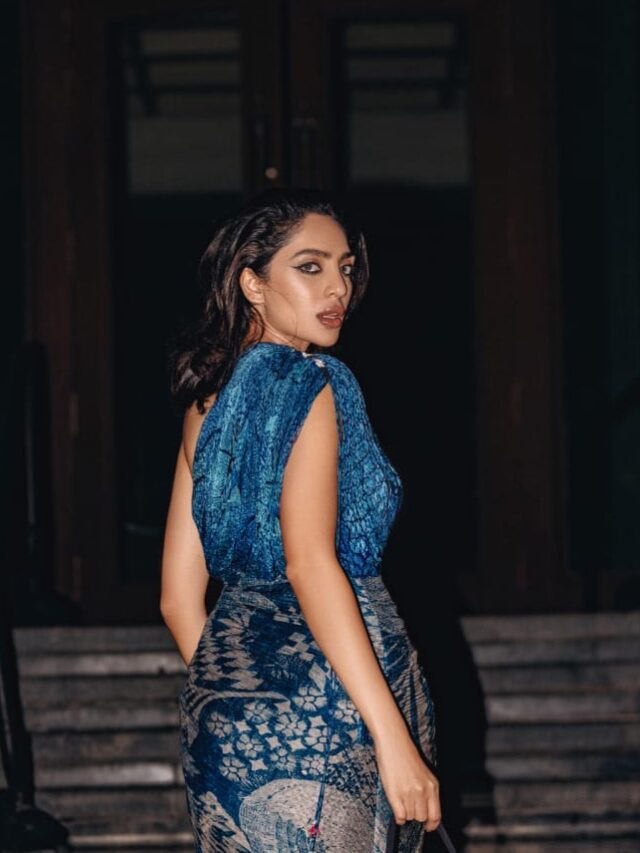 Sobhita Dhulipala is one of the most fashionable actresses present in Indian cinema. Anything and everything that she wears always catches our attention and the actress always raises the bar high. Getting all dolled up, Sobhita Dhulipala had recently attended PS1 success party which was in Chennai. The actress shared the pictures of herself on social media.

Taking to social media, she shares a bunch of pictures of herself in a beautiful peacock green saree-dress with a spark of metal on it. In the caption, she wrote “ From a little while ago when I put on my party clothes and danced the night away in Chennai!

The actress was last seen in the role of Vanathi in a royal avatar in PS1 and had become a talking point for her role. Her big eyes held the power to captivate her fans and her beautiful facial structure made her stand out. Apart from PS1, on the work front, the actress is gearing up for ‘Night Manager’ with Anil Kapoor and Aditya Roy Kapoor and a Hollywood film ‘Monkey Man’ and Amazon Prime Video’s ‘Made In Heaven 2’.

Bhumika Chawla: Every famous personality whose being followed by millions should be able to make a difference in the lives of their fans