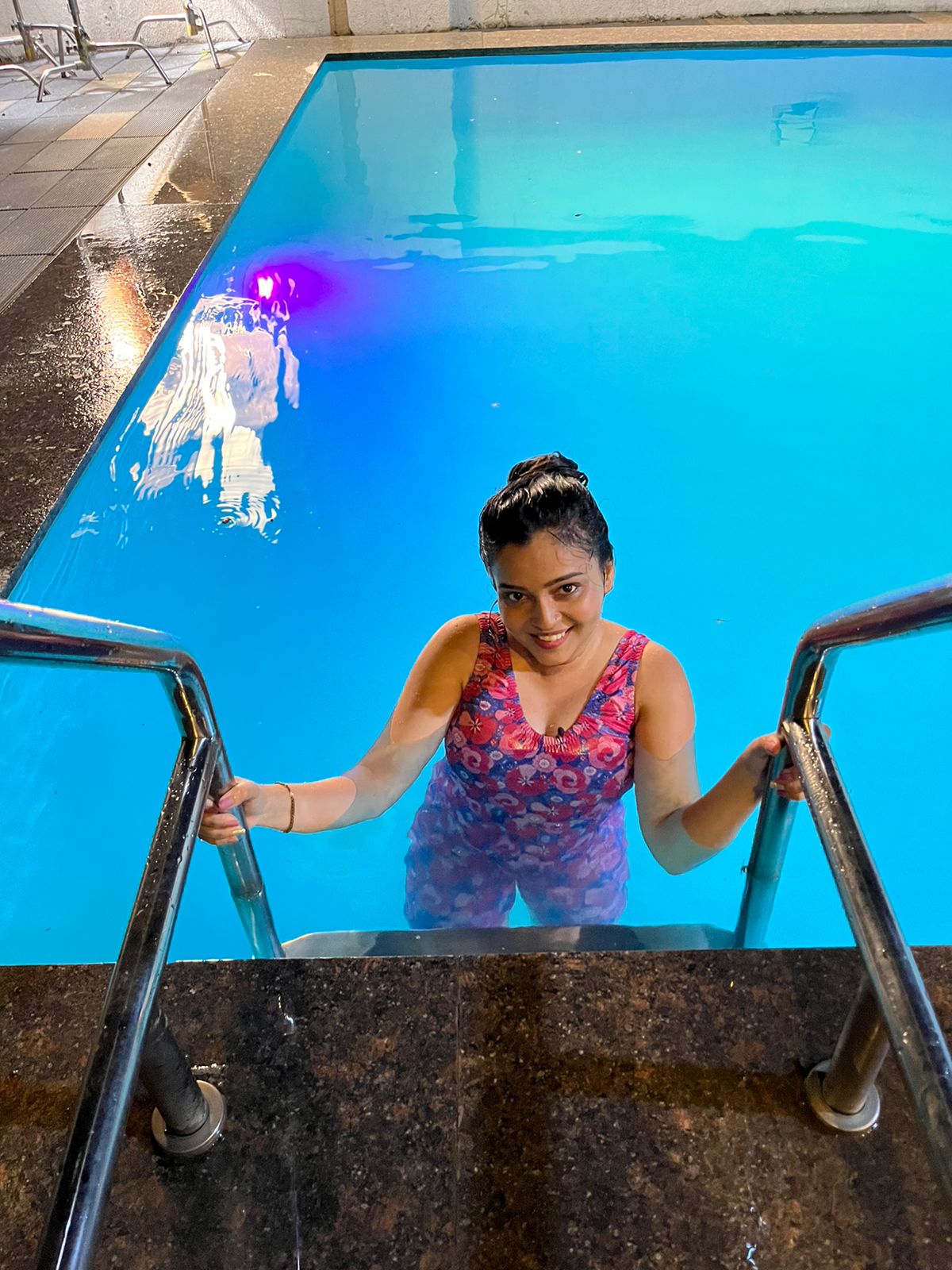 Shreya Kulkarni is recently seen shooting for her Hindi film “Rudra” where she is playing a character of “Priya”, a modern girl. Shreya got a swimming costume in her swimming tank sequence in which she is looking absolute hot and sexy.

Shreya has shared her pics of swimming suit that she is wearing for the movie “Rudra”. Shreya Kulkarni had to shoot for a swimming tank sequence where she was required to swim in the pool with varies swimming strokes. Shreya when asked says “Water was extremely cold still I wanted to complete the scene so my goal was not to take any break to come out of water for a minute”

The unit guys kept giving me coffee to keep warm but still I ended up with having cold and cough. Shreya was in water for 5-6 hours without any break. Swimming is my favourite sport says Shreya. There was a requirement of an actress who is a extremely great swimmer and thus Shreya got casted for this role of Priya in the film “Rudra”.

Shreya Kulkarni’s pictures of her film shooting of “Rudra” goes viral on internet. Shreya says she is having a good command over hindi language abd thus this is her first major hindi project.

Related Topics:Shreya Kulkarni
Up Next

Allu Arjun shares a glimpse of ‘Lots of celebration in the ALLU Family’; Check out!