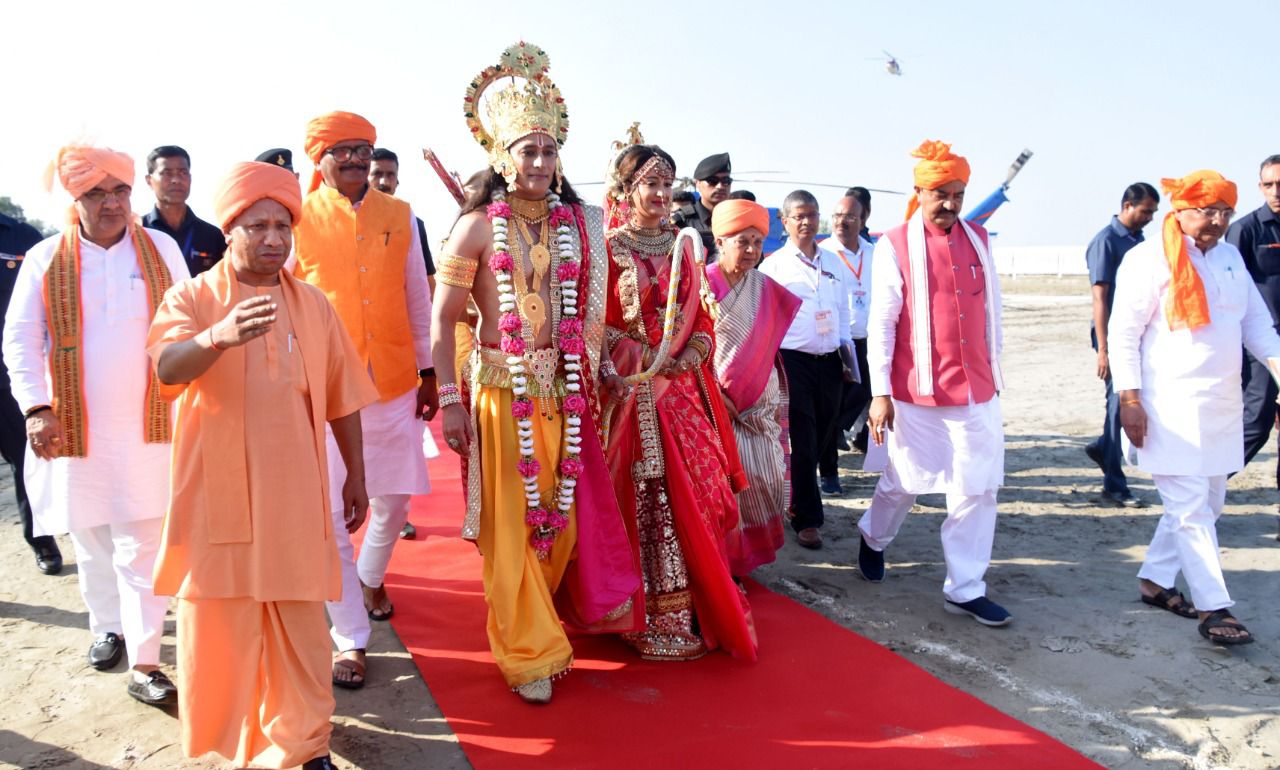 Prime Minister inaugurated the Ayodhaya Deepostsava with a record breaking Around 18 lakh earthen lamps was lit on Sunday as part of Deepotsav, the Diwali celebrations that will include fireworks, a laser show and the staging of Ram Leelas.

Shivya Pathania popularly known as the Divine Beauty of Indian Television. She got welcomed by Chief Minister Yogi Adityanath ji and also PM Modi as Sita with Ram Ji’s Rajya Abhishekh and Arti of Ram ji and Sita ji done by Chief Minister Yogi Adityanath ji and PM Narendra Modi ji.This will be the first year that Prime Minister Narendra Modi will visit the Deepotsav and take part in the uplifment and celebration.

She speaks about getting to be Devi Sita in Ayodhaya in the biggest event of the country felicitated by Prime Minister himself
Shivya Pathania says -“ As an actor we work and want to perform different roles.. But To be able to share the same stage as CM yogi ji and the prime minister of country Narendra Modi ji..
It is beyond my own dreams.. To be welcomed like this and to be able to be in Ayodhaya on Diwali is truely a gods blessing.”
And what’s best to be thn in Ayodhaya on Diwali.

Advertisement
Related Topics:Shivya Pathania
Up Next