Shashwat Sachdev’s new single Baaton Baaton Main featuring Anumita Nadesan is a song that urges you to reach out and communicate with your loved ones.
Advertisement 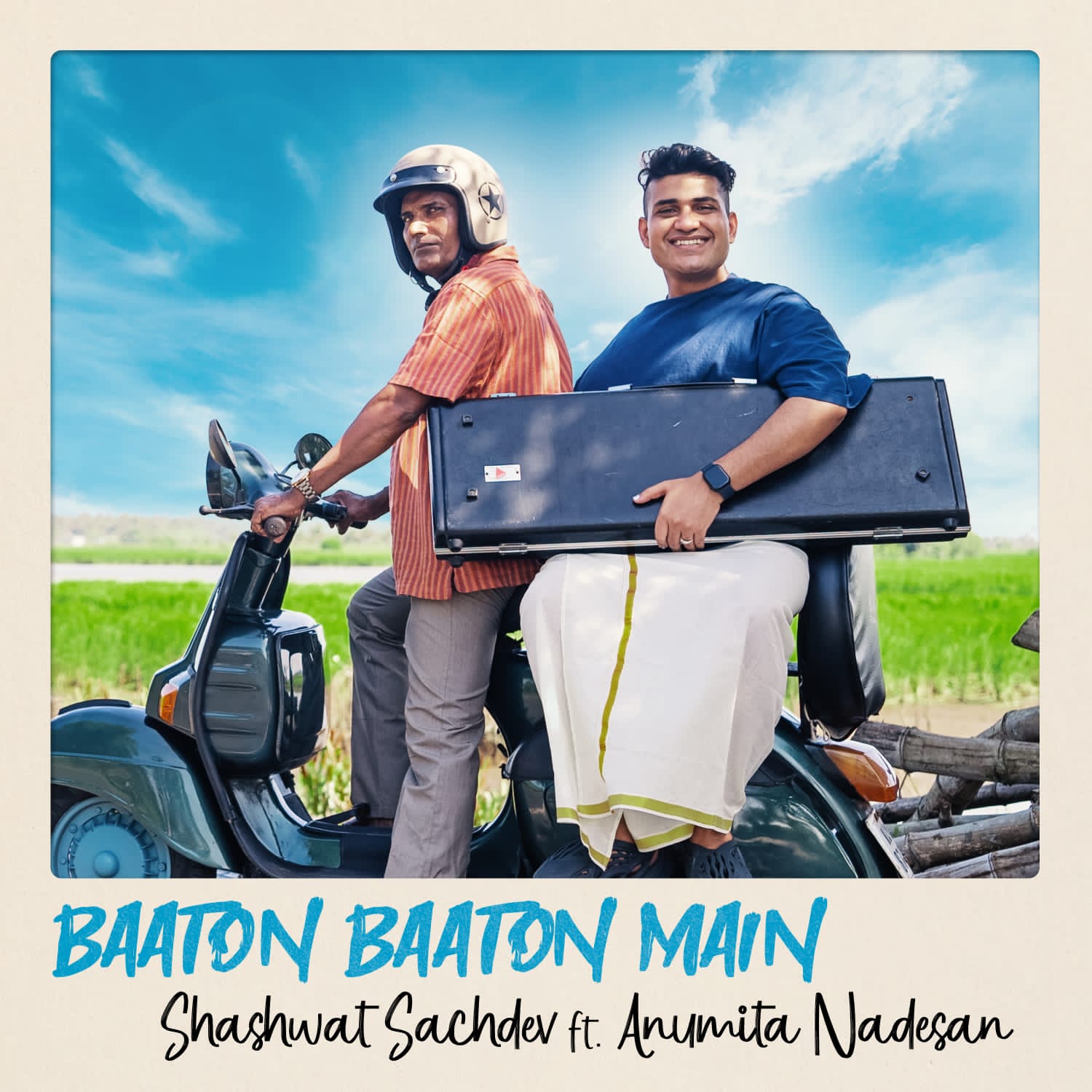 CLICK HERE TO WATCH THE MOST SIMPLE YET REALISTIC MUSIC VIDEO

The video is a beautiful depiction of a fragile father-son relationship ‘Baaton Baaton Main’, Shashwat Sachdev’s new single featuring indie music favourite Anumita Nadesan, talks about the importance of reaching out and communicating in your daily relationships. The song comes fresh on the heels of his previous single Awaara Ho, releases earlier in the month, which seems to be steadily finding its footing in the indie-music airspace.

Directed by Raisa Salam from Jugaad Motion Pictures, the music video highlights a traditional father-son connection that is frayed and rough around the edges, filled with silences and unsaid feelings that both of them find difficult to navigate. A young boy, straddling the delicate teenage years of rebellion and self-expression, comes back home to his parents. While his bond with his mother is loving and indulgent, his father and him find unable to express their feelings for each other. But through a tenderly depicted episode, both of them find a new meaning in their relationship at the end of it all.

In a time and age which is driven by deadlines and laundry lists of things to do, ‘Baaton Baaton Main’ urges you to look for moments of tenderness within our daily conversations, to reach out and to express love and care for someone.

Shashwat Sachdev who is known for his maverick music scores in films like Uri, Attack, Phillauri and Veere Di Wedding says “Baaton Baaton Mai is a song that is very close to my heart and I always wanted to write a song about my closest relationships and what they meant to me. This song is a reflection of my personality that I was unable to express because of fear of judgement and insecurities. I have always liked Anumita’s music and wanted to do something with her. In a world where everybody is trying to chase success, I believe that she is chasing originality. I am really fortunate that we did something together. Raiza Salam, a 22-year-old debut director, and Pranit Sahani, of Jugaad Motion Pictures, produced the video. I heard the song and interpreted it for a father-son relationship, which has beautifully come out, and I am certain that it is one that everyone will relate to.”

“I fell in love with the song the moment Shashwat made me hear it. The words are so evocative and the melody is so beautiful, so simple and one which lingers in your mind , long after the song is over. It was a delight collaborating with Shashwat on this track. I hope people rediscover their relationships with their loved ones, through this little gem of a song.”says Anumita.

About IndieA Records
IndieA Records is Universal Music India’s enabler artist platform committed to actively search and discover varied music from independent artists, across genres and languages. Music from IndieA Records will truly stand for its Uniqueness, Authenticity, and Inclusiveness. The label aims at elevating and supporting the independent music scene in the country by giving musicians a platform to showcase their talent to a wider discerning audience, through leveraging existing relationship with partners and strategic marketing

Advertisement
Related Topics:Shashwat Sachdev
Up Next

“Ranvir Shorey has done an excellent job on it, His character will amaze you”, says Anil Singh as he presents the official poster of his upcoming film ‘Midday Meeal’