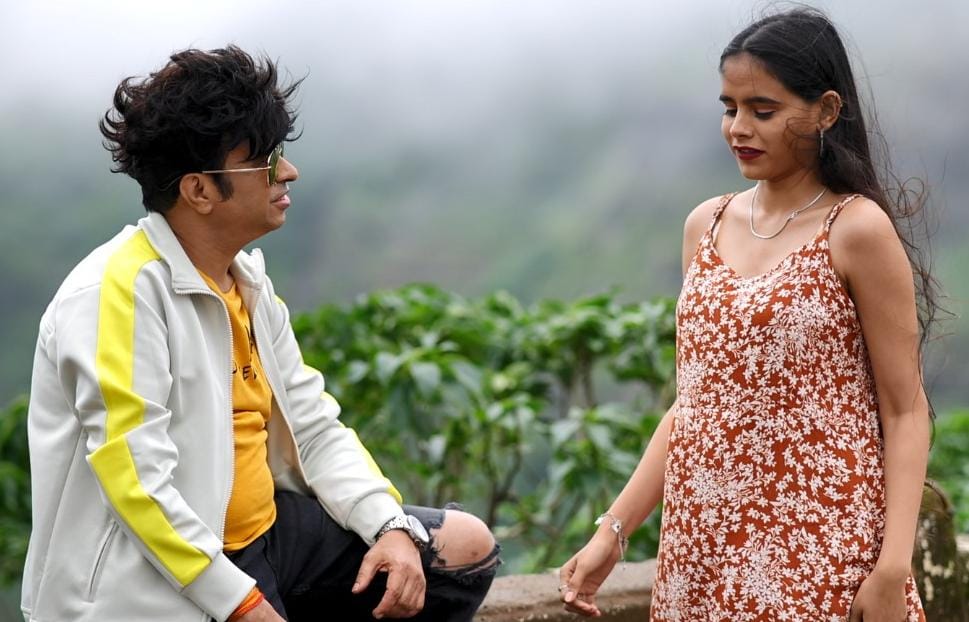 This Hindi video was made by the team from Shan Se Entertainment and is presented together with USsquare Media and Publicity. The video shoot was done at Alibag Beach for Uddhav Kharad. It is choreographed by Mansi Mohol and filmed by Sunil Gaikwad, with lyrics by Rahul Suryawanshi and music composed by Hrushi (Raisestrom).

Shantanu Bhamare played a prominent role in RED as the Jailer, and his performance was praised by Kamlesh Sawant (famous for Drishyam). Shantanu has experience across various mediums, and was able to perform at a high level regardless of the challenge.

Recently a romantic video song album, Shantanu’s Teri Aashiqui Mein, was released by Male Artist Shantanu. The pre-launch of the song has already been super successful and is set to be even more successful in the year 2022.

The multi-talented actor Shantanu Bhamare is all up to making you laugh and cry, as he is just getting started in the acting industry. He has already done many serious roles and has now been asked to produce future films.

Shantanu will play a significant role in Bollywood films such as, We all praise and appreciate his talent. We are sure that Shantanu will bring a change in the Indian film industry.

It is clear that Shantanu is a rising star in the Hindi film industry. He participated as both a producer, and actor, and was a big topic of discussion.

Shantanu Bhamare is the Processor of Shan Se Entertainment. This company’s been registered as a Sole Proprietor with the Indian Motion Pictures Producers’ Association.

These are the actors and actresses of “Baby De Ek Chance“

From cleaning dishes in a restaurant to making it to Hollywood, all about the Gorgeous Xishmiya Brown