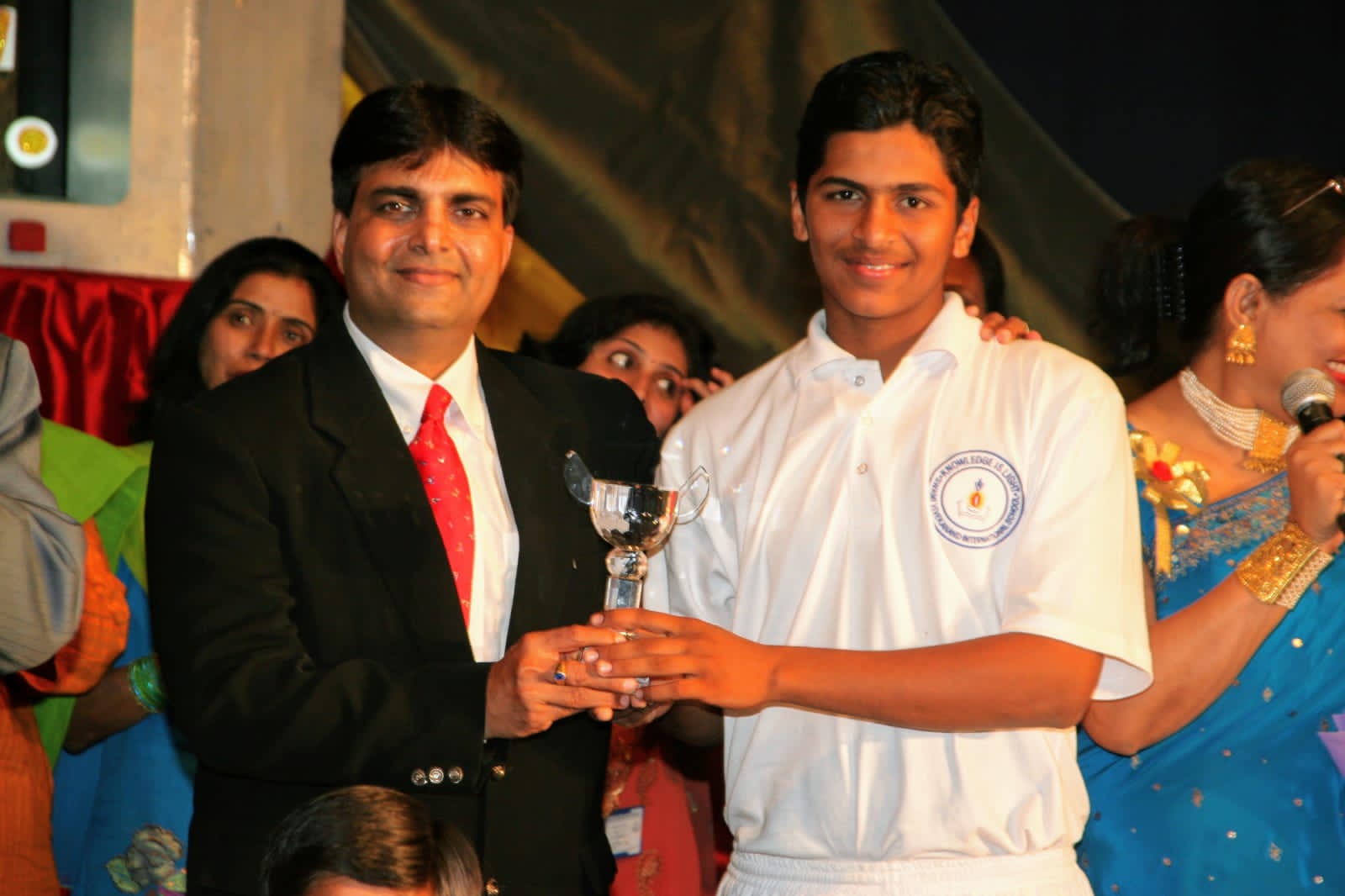 Educational institutions have secured the place of utmost value in our culture since time immemorial. Needless to say, we have always looked up to our teachers and everybody associated with the field of education for knowledge and guidance. However, with changing times, stating that our education system is on the verge of being polluted with corruption can not be wrong. Well, we certainly have a theory, in fact a true story to prove the same.

Mr Yogesh Patel, who is the Founder and Managing Trustee of the American Education Trust and Swami Vivekanand Shikshan Vikas Mandal Trust and also Founder Director of Swami Vivekanand International Schools at Borivali(West) and Kandivali(West) for almost 28 years have gone ahead to file a complaint against the other trustee of the said school i.e, Mr Sandeep Goenka, Mr Ambuj Jhunjhunwala & others. Reason? Fraudulent activities including financial fraud.

Briefly stating, Mr Yogesh’s signature was forged in a board meeting for some financial transactions which when came to his notice, he decided to go ahead and question the Goenka’s. These transactions were apparently of huge amounts and were suspicious too. In this said meeting, after the forged signature of Mr. Yogesh Patel, a resolution was passed giving the authority to handle and operate the bank accounts of the institution to Mrs Archana Goenka wife of Sandeep Goenka and his father Chandraprakash Goenka. Shocked beyond words, Mr. Patel, at a loss of words decided to meet a few writing experts along with Mr. Darshan, who has been actively involved in a lot of NGOs too. Following this event, Mr Yogesh decided to go ahead and file a complaint. It was after their analysis that Mr. Patel dawned upon a realization that his signature was forged. An FIR*about the same was registered at the Borivali police station under 420, 467, 468, 471, 341, 120-B, 500, 506 of IPC act 1860. This complain was filed on the basis of his forged signature in the board meeting thus giving the above mentioned authorities to Mrs Goenka and Mr Chandraprakash Goenka.

Not just this, in the year 2020, when the world was hit with the covid crisis, the government decided to cut down upon the fees of the students of every educational institution. This decision was duly supported by Mr. Yogesh Patel too when it came down to SVIS Borivali(West). However, Mr. Yogesh was certainly unaware of the repercussions. Not only was he reprimanded by Mr Goenka, but was also outcasted and removed from his position by making false and baseless allegations. Immediately after that Mr Goenka went ahead to appoint bouncer/goons at the gate of the school to illegal restrain Mr Yogesh’s entry and to stop him from performing his duties. Therefore, Mr Yogesh went ahead and filed another complaint at the Borivali Police Station against the illegally appointed bouncer/goons.

The needful action against this matter warranted a Cognizable complain of Borivali police station which seemed to have met a bottle neck. On probing Mr Yogesh and Mr Darshan were hinted at political pressure that was adding to the resistance.

Similar incident took place at Swami Vivekanand International School Kandivali(West) when Mr Patel questioned Mr. Goenka about the mismanagement of the school and misappropriation of the trust funds. Also, about 50 teachers were removed from the school and asked to sit at home without salary while the salary of the remaining teachers were reduced by 25%. Mr Yogesh strongly objected the removal of the teachers, salary deduction and charging illegal fees during pandemic like computer, gymkhana, lab, etc. when the school was operating virtually. Moreover, while going through bank statement it came to notice that huge amounts of money were siphoned during pandemic by Mr Sandeep Goenka and his family by way of donation and fake invoicing. He was shown the papers which were allegedly ‘signed by him.’ He was further told that he has resigned from his position in the year 2016, a letter of which was handed over to him in the year 2020 after 4yrs which shows the malafide intentions of Mr Sandeep Goenka. However, the signature on his resignation letter too was ‘forged.’ It was after this that Mr Yogesh Patel decided to file a case at Charity Commissioner and Kandivali(West) Police station simultaneously.

Well, this isn’t the first time that Mr. Goenka and his educational departments have been in question. Sometime back, the school was in question for misbehaving and mistreating with a Physically challenged kid at CP Goenka School in Pune, a complaint about which was filed and an FIR was registered against Mr Sandeep Goenka and Mrs Archana Goenka by the parents of the child a couple of years back. Mr. Sandeep Goenka is the chairman of this school. Not just this, we have also heard of the institution collecting an amount of Rs. 900 per student on the pretext of ‘annual days’ a receipt of which is not given to the students. The Goenka’s have also been under the scanner and have complaints filed against them after they apparently misbehaved and mistreated with Visually Impaired Kid in SVIS Kandivali school too. An FIR about the same had been registered in the Kandivali police station against Mr Sandeep Goenka and Mrs Shaibala Shetty under the Juvenile Justice act (J.J act).

The world revolves around technology