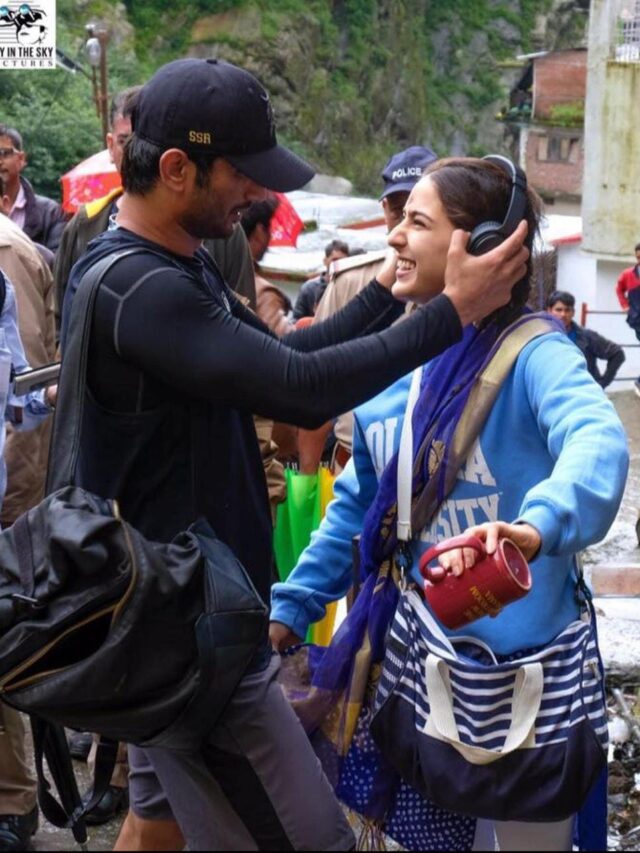 Sara Ali Khan completes 4 year of her debut with film Kedarnath today. The actress who has delivered us films like Atrangi Re amongst her many best shared an emotional post on her social media handle. The actress shared many BTS pictures from the sets of Kedarnath and wrote a long note, wishing to go back to August 2017.

She started her note with these words, “4 years ago my biggest dream came true. It still feels like a dream and now perhaps always will. ❤️❤️❤️
I’d do anything to go back to August 2017 and shoot every scene of this film again, relive every moment again, learn so much from Sushant about music, films, books, life, acting, stars and the sky, witness every sunrise, sunset and moonrise, listen to the sound of the river, enjoy every plate of Maggi and Kurkure, wake up at 4am to get ready, be introduced and directed by Gattu sir, and just be Mukku all over again.
Thank you for a lifetime of memories. 🎥🤗❤️⛅️🌝🌄

And as the full moon shines bright tonight, I know Sushant is up there right by his favourite moon, shining like the bright star he always was and always will be 💫
From Kedarnath to Andromeda ♾️.”

Sara Ali Khan has wrapped up the shooting of her upcoming film directed by Laxman Utekar. Apart from this film, Sara has shot for 2 other films in 2022 itself. Today, her new film Metro InDino with Anurag Basu and Aditya Roy Kapoor has been announced . One being Pawan Kriplani’s ‘Gaslight’ opposite Vikrant Massey and Chitrangadha and the other being Dharma Productions’ ‘Ae Watan Mere Watan’, where she will be stepping into the shoes of freedom fighter Usha Mehta.

Related Topics:Sara Ali Khan
Up Next

Bhushan Kumar presents Guru Randhawa’s ‘Fayaah Fayaah’ featuring himself and Nargis Fakhri! The music video is here to set the internet on fire!