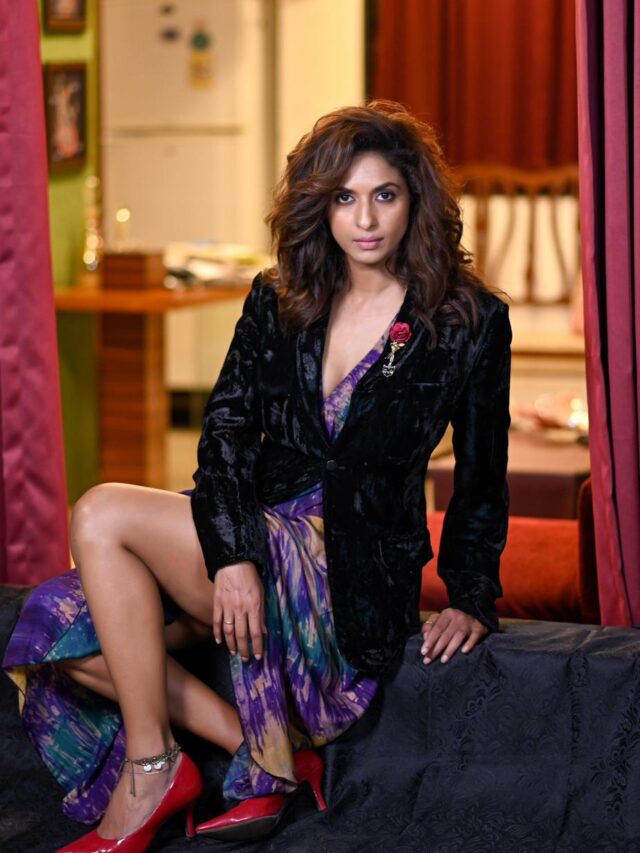 A Super Model and Commonwealth gold medallist in Karate, Sandhya Shetty makes a powerful debut on OTT in MX Player Original “Dharavi Bank” with Suniel Shetty playing “Thalaivan” and she as a strong portrayal of his daughter “Parvathy” , Directed by Samit Kakkad, she quotes saying “Working with Suniel Shetty is a proud moment; I have always admired him and to be on set with him was such a humbling experience”

Sandhya is surely here to rock the world of cinema with her acting prowess in a completely different avatar which showcases her talent and intense portrayal of her character. Her experience in theatre and getting directed in the past by National Award Film Makers Like Priyadarshan and Bappaditya has given her the credibility of a brilliant performer.

Bold with her choices of films, Sandhya quotes “I believe whether big or a small role the actor has to justify and be honest to play the part or character with due diligence”

She is getting applauded for her acting skills in Dharavi Bank. Her social media is flooded with compliments for the kind of impact she has created in the story. A natural performer and her love for camera whether stills or moving clearly shows in her passion for her work.

The future holds lots of surprises with acting projects not only in Hindi cinema but also down South. Her slogan of “Nofear” is taking her places and she is surely and fearlessly making a mark as an actor. She is here to do some good cinema and seeks love and blessings of the audience, family, friends and the almighty God. The Shetty gang is surely making some noise.

While the pictures are photographed by Aslam Shaikh, Mehul Shrimanker has styled her and Apoorva Sansetwar has done her hair and makeup.

Related Topics:Sandhya Shetty
Up Next

In a unique collaboration Badshah, Sukriti, and Prakriti present “Kya Say”, just in time for the party season, Out Now on VYRL Originals.