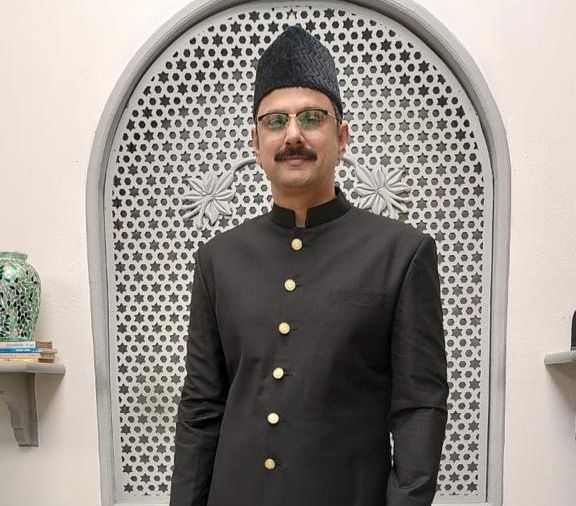 Actor Sandeep Rajora, after his last successful outing in Kabhi Kabhie Ittefaq Sey, is back with yet another engaging role in Prateek Sharma’s Rabb Se Hai Dua. The actor says that he loves being part of the show.

“The title itself is special. It’s a very comforting feeling that God is there to take care of us. I play the role of Rahat. He has two wives and four children. In this aspect, I don’t relate much. But, as a person, he is a joyous and lively character that I can relate to a lot. Also, I play a shayar in the show. This is special to me because my dad loved shayari and this part of my role is like a tribute to him.” he says, adding, “I was happy to be able to bag this part. Handling two wives, even on screen, will be quite a handful!”

The show has a Muslim backdrop. Talking about the dialogues, Sandeep says, “Thankfully my Hindi is ‘spasth’ you see, so a bit of nukta here or there and urdu emerges beautifully!”

Meanwhile, the actor says that while the TV industry has not changed too much, a great show still holds a lot of value. “I don’t see any major changes really, just that the sets have gone far away! OTT has taken a lot of TV audiences but a good show always has the power to get the audience back! From the TV industry, I love the work of Rupali Ganguly and Sudhanshu Pandey. Giving such powerful performances, over and over is inspiring!” he says, adding, “TV shows require lots of hard work, but it’s a steady profession the fruits of which bear when people love your show and your work. That high compensates for the grind.”

Meanwhile, Sandeep says that he loves working with Prateek Sharma and Studio LSD. “It’s my first show with them and I can already feel the warmth,” he says.

Related Topics:Sandeep Rajora
Up Next

Saarvie Omana to play the role of ‘Kaynaat’ in Rabb Se Hai Dua, says she is over the moon to have bagged such a beautiful character