Naya Sher – The Anthem for Those Who #ChooseBold by Divine, Jonita Gandhi, ft. Virat Kohli

We have heard Actor and Founder of Pro Panja League, Parvin Dabas is ready to welcome 2023 with some Scuba Diving and Mandir Darshan after finishing a hectic schedule for a new OTT show.

Akash Sharma opens up about his Boxing Journey

Choreographer Rajit Dev wishes the best to Nora Fatehi for her FIFA 2022 closing ceremony performance: I know Nora is going to kill it

"Essence of Kabaddi is in its simplicity," says Abhishek Bachchan

Ananya Panday is off to Qatar today to attend the semi-finals of the FIFA World Cup. 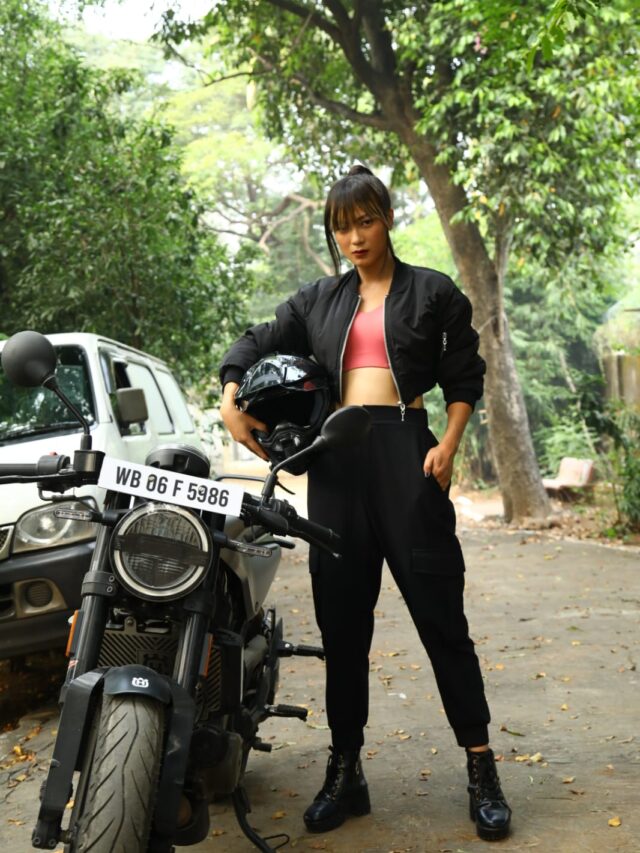 The makers of Lakadbaggha after releasing character posters for all the cast from the film have revealed one of their most interesting cast Eksha Keirung who happens to be a real life cop from Sikkim. She is set to make her debut in Lakadbaggha as ruthless femme fatale. Interestingly she is also a professional boxer and has represented Sikkim nationally many times. In the film she will be seen doing hand to hand combat with the protagonist.

The film is directed by Victor Mukherjee and produced under the banner First Ray Films. It is touted India’s first film about an animal lover vigilante starring Anshuman Jha, Ridhi Dogra, Paresh Pahuja and Milind Soman. The film is set to release in cinemas on 13th January worldwide.

When asked by Anshuman on casting Eksha, he said, “I love the North East & in general have a lot of respect for artists all over the country. We consciously, in our last production, had Nikki in ‘Hum Bhi Akele,Tum Bhi Akele’ from the hills as we wanted it to have the storyline as a pan India representation to the LGBTQ+ community. And so we introduced Jhanvi Rawat playing Zareen Khan’s partner. Even though she is from Delhi in real life.”

He further added, “And now in Lakadbaggha we have gone a step further & cast a real life cop from Sikkim in Eksha. I am a huge fan of Kill-Bill & female assassins in action movies. When Alok was writing Lakadbaggha, we intentionally decided to have a femme fatale. He suggested this cop in Sikkim who has been a super model. I reached out to Eksha. She was kind enough to audition. Being a martial artist and kick boxer, she really fitted the world of the film. She is ‘the girl with no Name’ & we are so proud to introduce her. Fun fact – she actually ended up hurting me physically during our action scenes because she didn’t know how to hold back or act. She went all out. And it was thrilling. She is the surprise packet in the film.”

Naya Sher – The Anthem for Those Who #ChooseBold by Divine, Jonita Gandhi, ft. Virat Kohli