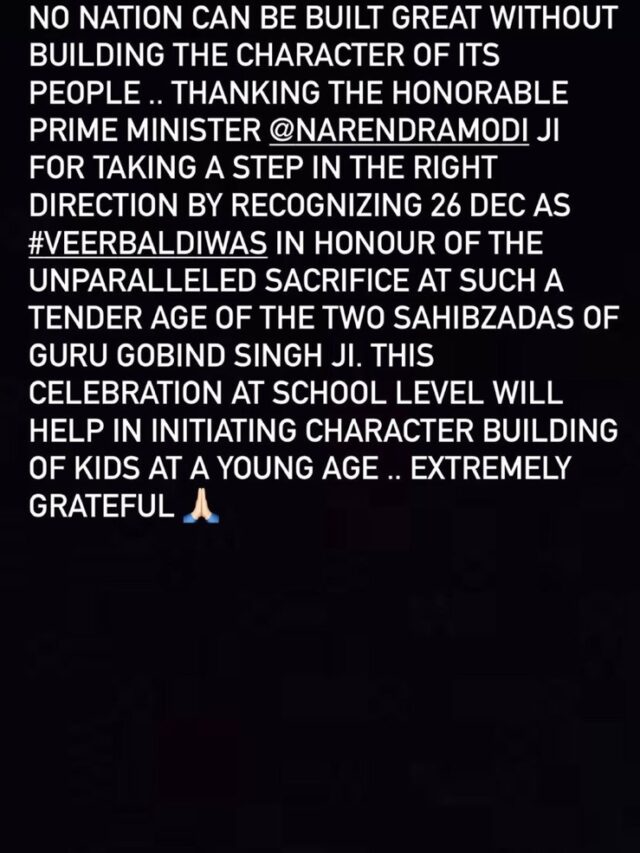 Among the many who came out in support and praised the Honorable Prime Minister’s decision was actress Rakul Preet Singh, who believes this noteworthy day will help initiate character building in young minds at a school level.

The young star who has been one of the busiest actors in 2022 with 5 back to back releases, took to social media to voice her thoughts. Said Rakul Preet Singh, “No nation can be built great without building the character of its people. Thanking the honorable Prime Minister Narendra Modi ji for taking a step in the right direction by recognizing 26th December as Veer Bal Diwas in honour of the unparalleled sacrifice at such a tender age of the two sahibzadas of Guru Gobind Singh ji. This celebration at school level will help in initiating character building of kids at a young age. Extremely grateful.”
https://instagram.com/stories/rakulpreet/3001571630505392399?igshid=YmMyMTA2M2Y=

Rakul is all set to continue her dream run and has an exciting slate of films ahead including ‘Chhatriwali’ amongst other unannounced projects.