Raj Kundra shares a cryptic post and thank the trollers as he marks a year on the release of his from the Arthur Road!
Advertisement 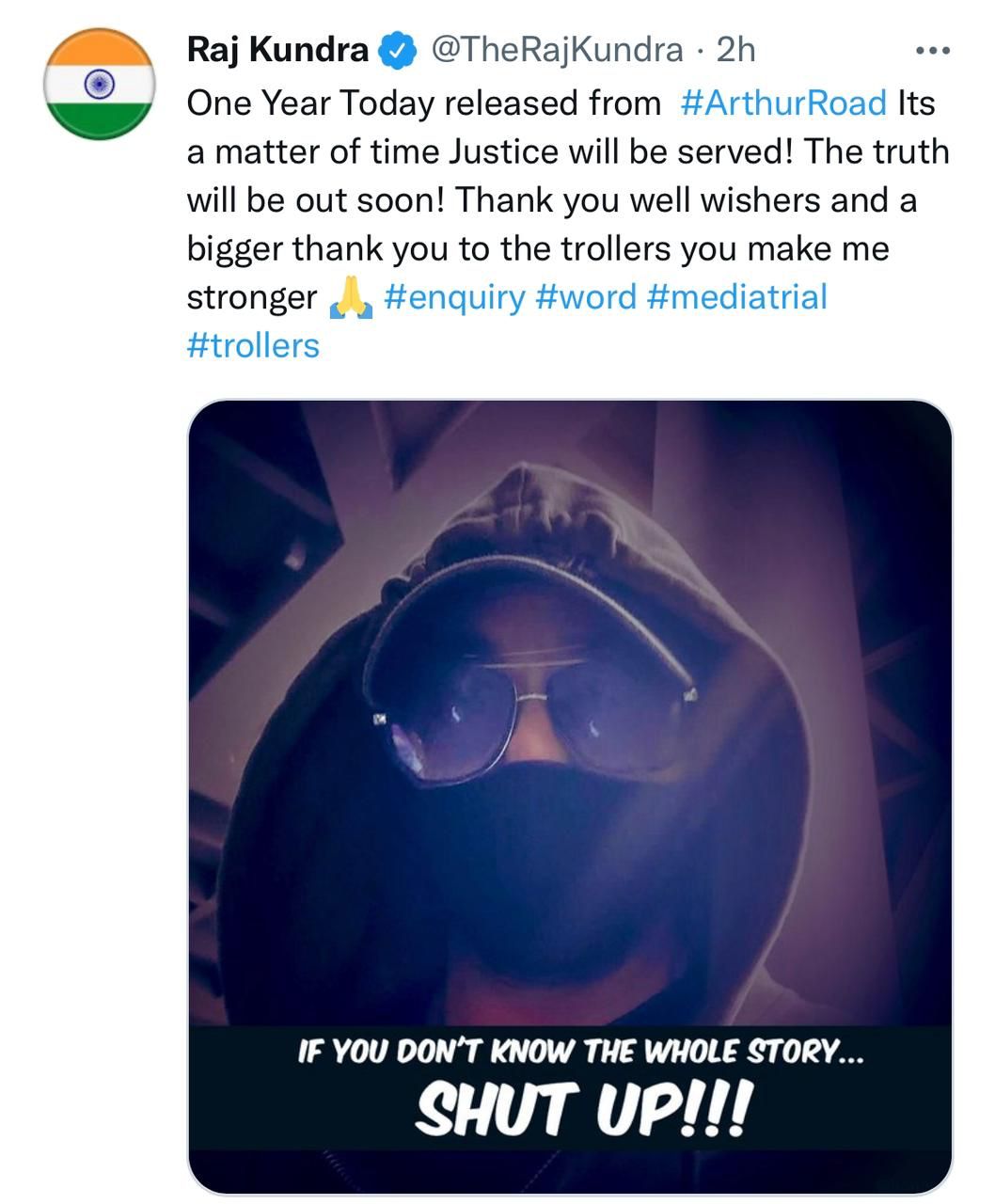 The news that shook the entire nation. The news that kept the trollers hyped up. The news of Businessman Raj Kundra getting arrested was a talk of the town a year ago.

As Raj Kundra marks a year, from the release of Arthur Road, he shares a cryptic post that says, “One Year Today released from #ArthurRoad . Its a matter of time Justice will be served! The truth will be out soon! Thank you well wishers and a bigger thank you to the trollers you make me stronger.

The alleged pornography case of Raj Kundra is under trials and has been receiving a new twist and turn, everyday. The 47 year old has been keeping calm and kept his faith over the judiciary where he believes that the justice that he is seeking will be prevailed. Meanwhile, Raj has been keeping the viewers at the edge of the seat and intrigued with his hidden mask theory. Very commonly now refered as #Maskman Raj has been all over the internet for not showing his face to the media.

This stint also gives an indication to what Raj has in store for everyone in the longer run. Not only that, he has been quite active on twitter for being vocal and putting his thoughts ahead. Along with the cryptic post he also shared a picture where it was written, “IF YOU DON’T KNOW THE WHOLE STORY… SHUT UP!!!”

Advertisement
Related Topics:Raj Kundra
Up Next

“Dr. Sagar Continued To Believe That His Brand Of Bhojpuri Writing Will Someday Get Mainstream,” Says Ace Director Anubhav Sinha