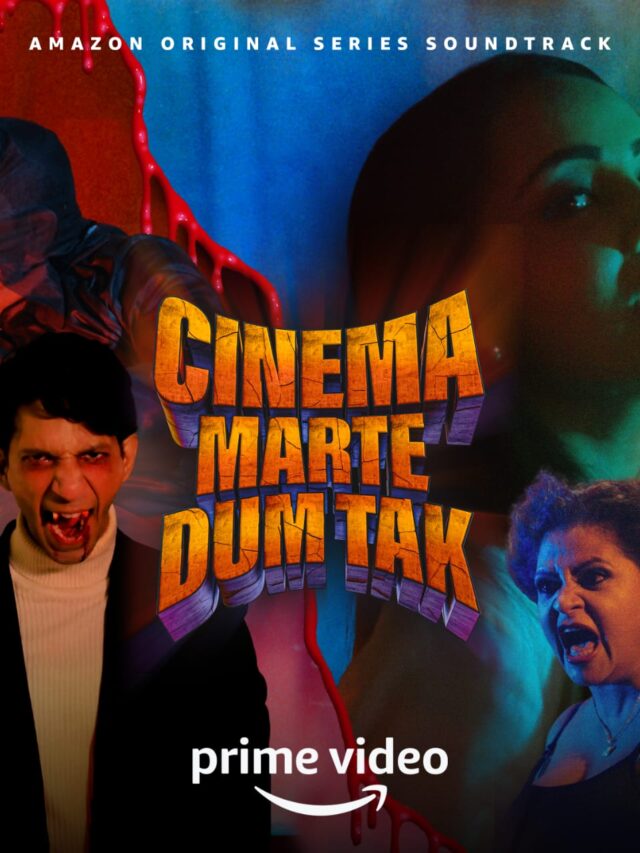 Prime Video today dropped the music video of foot-tapping title track Pseudo Saiyaan from its recently launched unscripted Amazon Original series Cinema Marte Dum Tak. Making rounds on the internet, the catchy song perfectly sums up the mood and melodies of Hindi pulp cinema from the 1990s. Composed by music composer Sneha Khanwalkar, this song is sung by Sneha along with Shailja Mishra, while the peppy lyrics are penned by Vayu. Pseudo Saiyaan will transport listeners into the nostalgic world of pulp cinema where extravagance was personified by eclectic dialogues, unforgettable costumes, and banger songs.

Composer and Singer Sneha Khanwalkar shared her idea behind the groovy track, “Cinema Marte Dum Tak is an ode to the 90s pulp cinema that were known for its thrills, dialogues and visuals that instantly hooked the audiences, and I wanted the song to exude the same vibe. I wanted to ensure the listeners got transported to that era of pulp genre movies through this track. Vasan Bala’s vision and Shailja’s vocals added life to the composition and I hope it stays with listeners and makes them groove every time they listen to it.”

“I was excited when I was asked to write the lyrics for Pseudo Saiyaan. We wanted to create something catchy and addictive while highlighting the essence and element of pulp cinema. Sneha Khanwalkar did a great job with the upbeat music that breathes life into the words, and I can’t wait to see the audience’s reaction to the song. I am sure listeners will find this song extremely captivating,” said lyricist Vayu.

“Sneha Khanwalkar has composed this gem Pseudo Saiyyan. I can’t wait for the audience to experience this song individually, because I think it is a great track that Sneha has come up with. I had been wanting to collaborate with Sneha for such a long time now! We sort of worked together in the past, and now we’re coming back to work together after 8-10 years,” said the show’s creator Vasan Bala. “Pseudo Saiyaan is a pretty trippy song and fits the docu-series’ mood so well. I instantly fell in love with the song when I first heard it, also it was terrific working with Karan Malhotra on the background score of the series, he is such a talented musician” he added.

A Vice Studios Production and created by the maverick filmmaker Vasan Bala, the six-episode reality docu-series follows four ingenious filmmakers who were well known in the 90s. J Neelam, Vinod Talwar, Dilip Gulati, and Kishan Shah don the director’s hat in this unscripted Amazon Original series as they work towards recreating their passion of filmmaking, giving us a never-seen-before peek into the fascinating, and once flourishing world. All six episodes of the docu-series are now streaming on Prime Video across 240 countries and territories.

Related Topics:Marte Dum Tak
Up Next