Protest Against 'Gandhi Godse : Ek Yudh' Erupts During the Press Conference Of The Film
Advertisement 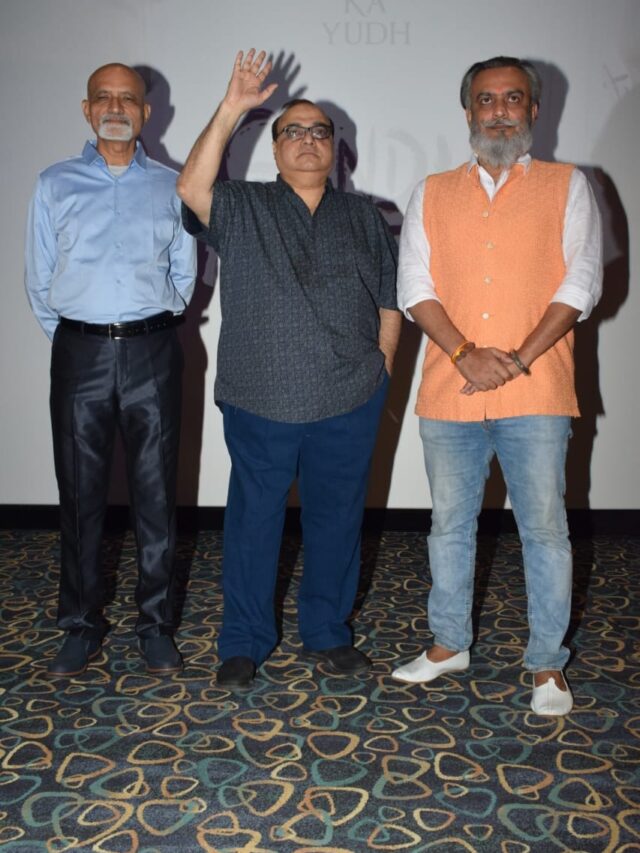 Mumbai : During the live press conference of upcoming film ‘Gandhi Godse : Ek Yudh’, few unknown protestors today waved black flags and shouted slogans against the film. Whe doing so they demanded that the makers to not release the film which allegedly shows Mahatma Gandhi in ‘a very poor light’.

The press conference was organised to showcase some unseen footage and dialogues of the film ‘Gandhi Godse : Ek Yudh’. Meanwhile the press conference was on, some protestors, sitting among the media personnel who were there to cover the event, started shouting slogans against the film and alleged that the director of the film Rajkumar Santoshi is trying to gloriy Nathuram Godse, the man who killed Gandhi on 30th January, 1948.

During the press conference of ‘Gandhi Godse : Ek Yudh’, the unknown protesters were also seen shouting ‘Mahatma Gandhi Zindabaad’. The protestors said that the film demeans and undermines the efforts of Mahatma Gandhi who played an important role in the freedom struggle of the country while it glorifies the murderer Nathuram Godse and hence they are against the release of the film.

Notably, before the situation could go out of hand, the police immediately sprung into the action and took control of the situation. Apart from director Rajkumar Santoshi, actor Deepak Antani and associate producer of the film Lalit Shyam Tekchandani were also present during the press conference of ‘Gandhi Godse : Ek Yudh’.

Since last 30 years the maverick filmmaker Rajkumar Santoshi is known to make films which had been loved by all. When asked about the protest he said that neither he is trying to undermine the achievements of Mahatma Gandhi nor he is trying to glorify Nathuram Godse through his upcoming movie. He said that once people would see the film, they will understand what I am trying to convey through my film. I have equally given importance to both the historical characters in my films. He said that the way people tried to stage a protest in the press conference, it is not the correct way to disagree and show resentment against his film.

‘Gandhi Godse : Ek Yudh’ is about to release across the country on the occasion of Republic Day on 26th January. Actor Deepak Antani has played the role of Mahatma Gandhi whereas Chinmay Mandelkar will be seen as Nathuram Godse in the film. Debutantes Tanisha Santoshi and Anuj Saini are paired together in the film and both will be seen in a pivotal role in the film

Advertisement
Related Topics:Gandhi Godse
Up Next