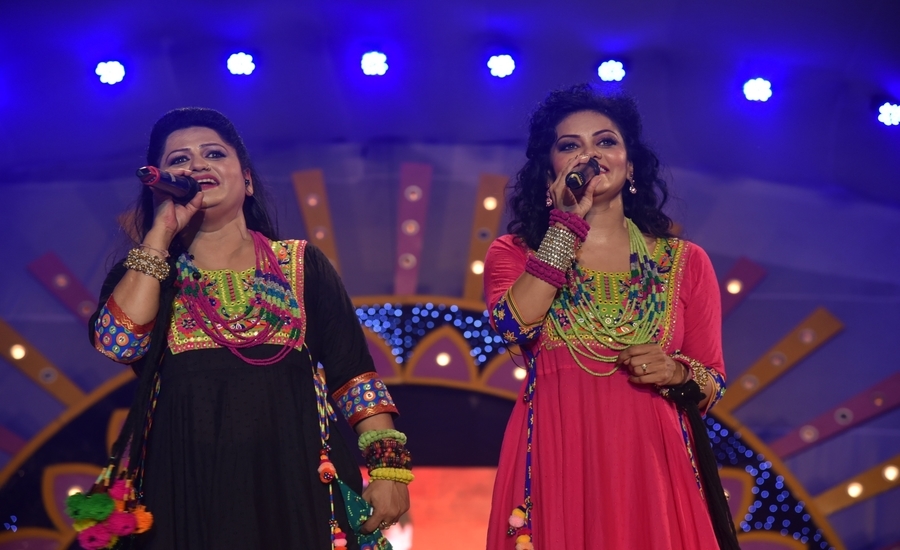 Sajid Nadiadwala has given a lot of opportunities to new talents to make their place in Bollywood. The producer has held a very special place in the hearts of these aspiring artists and one such example was witnessed when he went on a Garba night where the famous ‘Piya Piya’ girls Pinky and Preeti bestowed the producer with a title of a godfather who introduced them in the industry.

When Sajid Nadiadwala produced Salman Khan, Preity Zinta, and Rani Mukerji starrer ‘Har Dil Jo Pyar Karega’ in 2000, a song from the film ‘Piya Piya’ went on to create a rage among the audience. As the season of Navaratri has started, this song has taken over every stage across the nation. While recently, Sajid went on to attend a Garba Night, and he met the duo, Pinky, and Preeti who had sung the ‘Piya Piya’ song in his film. At the event, the duo singers were seen remembering their first visit to Mumbai and how Anu Malik told them if the producer will like it then they will take it. Then they went on to bestow Sajid, the godfather who is responsible for making Pinky and Preeti a known face.

Sajid Nadiadwala is a producer who has been taking Indian cinema to new heights with his blockbuster films. Moreover, The producer was recently re-elected as president of the Indian Film and TV Producers Council (IFTPC) at the 31st annual general meeting.

Advertisement
Related Topics:Pinky & Preeti
Up Next