No matter what mask I wear, I will always show you my true face – Raj Kundra’s recent post on twitter gives an indirect direction to his much-talked-about conspiracy
Advertisement 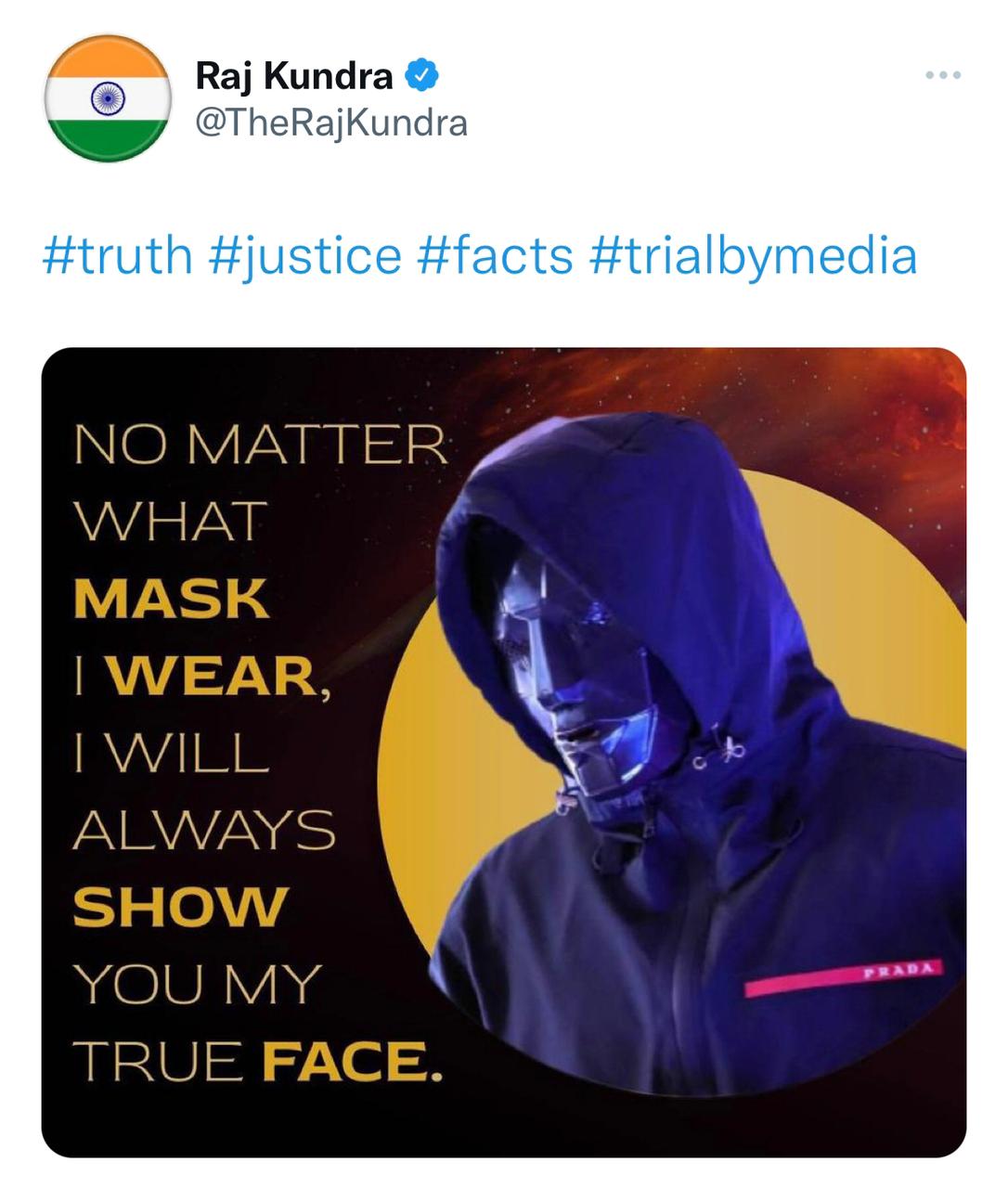 Businessman Raj Kundra has been one of the most talked about personalities in recent times . Many speculations slated by some naysayers are turning out to be untrue. The case is in the judiciary and it is confirmed that the case will have it’s final hearing soon.

The recent news of Raj Kundra is spreading again like a wildfire . Raj Kundra’s lawyer Prashant Patil had given a firm statement in his related case. He said that, “There is no concrete evidence whether oral or document based against Mr Raj Kundra. We have complete faith in the judiciary and the final date for arguments has been decided as 8th September 2022.”

Well, it is almost a year to Raj Kundra’s case and haters of his have started to pave the way to understand the reality behind his accusations. Raj has been stepping out at many occasions with his recent look that made a huge noise on social media. He has become the most captured and viewed in portals that majorly covers artist being spotted.

Raj has been active on twitter where he has been vocal about certain things. On 24th August, 2022 Raj had uploaded a cryptic post on twitter that has a firm message written to it. The post says, ‘No matter what mask I wear, I will always show you my true face.’

The hidden mask conspiracy has definitely intrigued many on social media. The final date for the arguments has been decided to happen on 8th of September. It will be interesting to see what the final hearing would be and what is the new chapter that unfolds in Raj Kundra’s life!

Related Topics:Raj Kundra
Up Next

Audiences across age groups continue to resonate with Sapna Babul Ka…Bidaai launched in 2007, especially because of its story that’s set in strong family values: Rajan Shahi on the show being telecast again

It is an irony that I am offered characters of a drunkard where I have never had a drop of it – Pearl V Puri speaks to us in an exclusive conversation for his recently released music video Chaha hai Tujhko music video!