Nikita Rawal Covers Her nudity with a Banana Leaf!
Advertisement 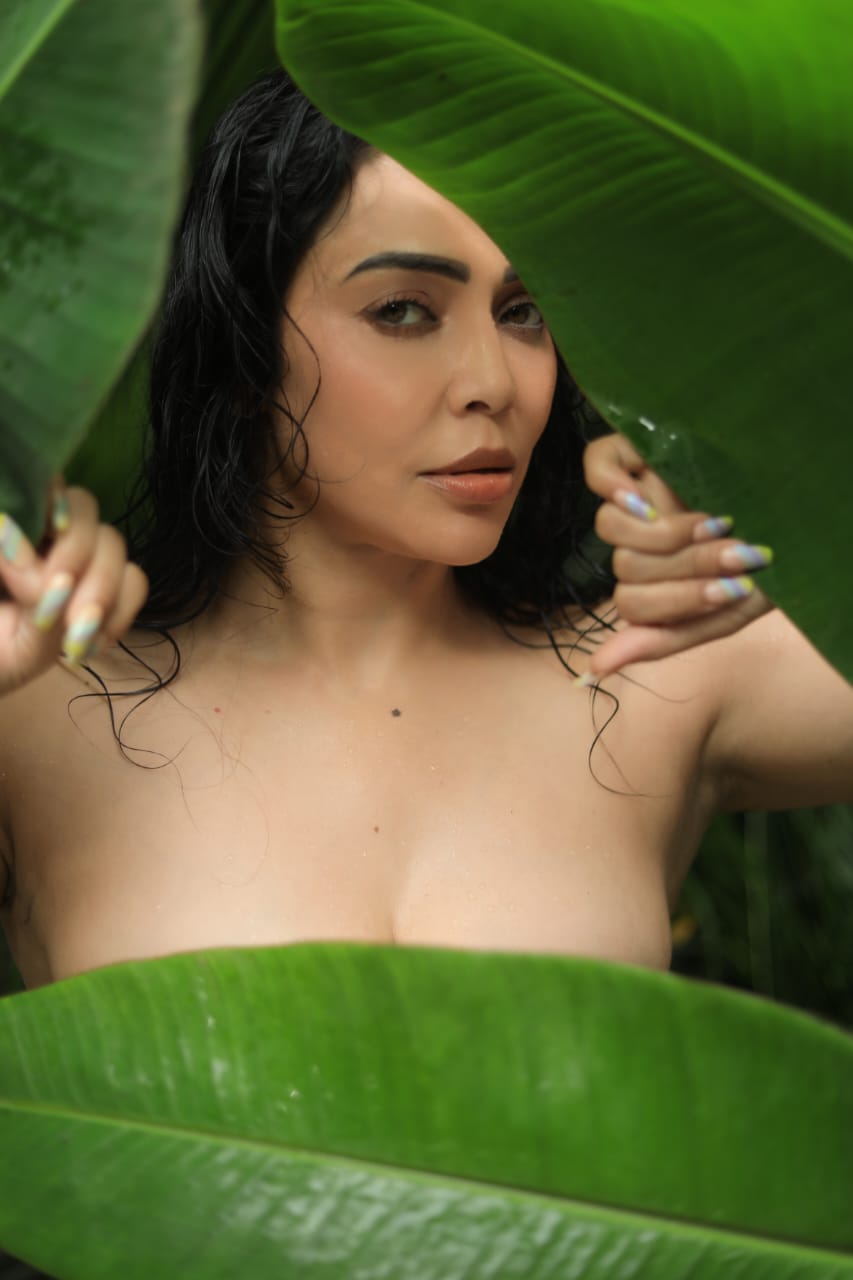 Bollywood actresses don’t feel shy of going bold on screen or off screen. They always look confident in whatever they do. There are many actresses who have gone one step beyond boldness and posed topless. They broke all the stereotypes and we couldn’t be gladder. While there are quarters that still make a hue and cry about Bollywood celebrities in bikinis, we applaud the others who have decided to be more liberal.

Gorgeous diva Nikita Rawal shot to fame with her hit films like Garam Masala and Amma ki Boli. She was later seen in many other movie and music videos as a lead actress.

Nikita Rawal is in the news about one of her photoshoots. She has shared some pictures on social media, in which she is seen posing between the leaves. After seeing these pictures, the fans have remembered the photoshoot of Kiara Advani.

She has created ripples all over social media with her bold picture. The actress posed with nothing but a leaf in front of her, and soon after her snap was shared, the internet lost its collective calm.

Advertisement
Related Topics:Nikita Rawal
Up Next