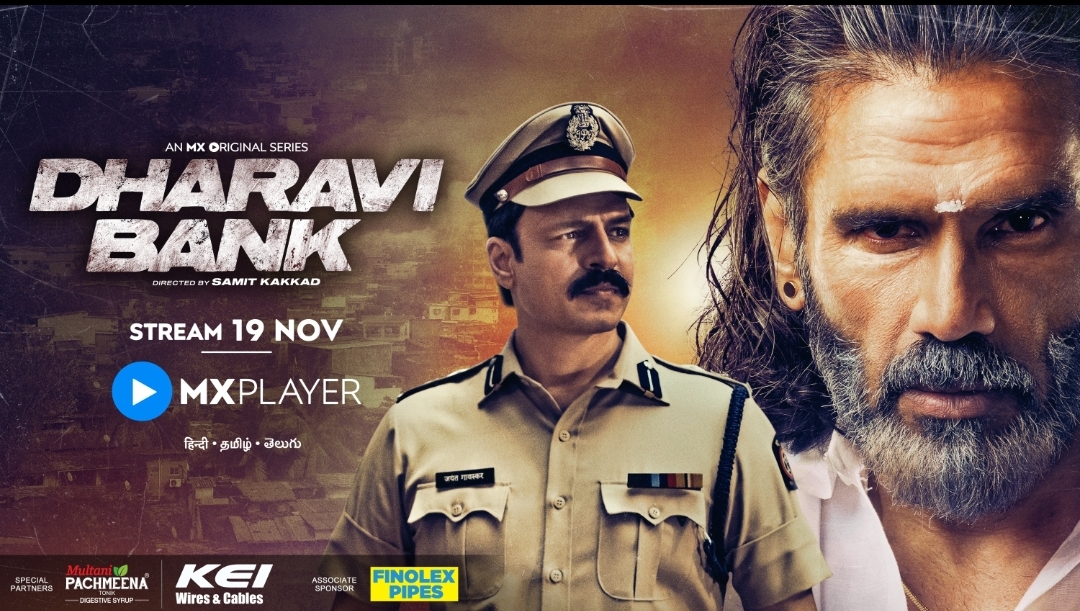 21st November, 2022, Mumbai, India:  India’s entertainment Super App, MX Player has been enthralling viewers with a dynamic array of storylines across formats, genres, and languages. Amping up its robust library of original series, MX Player is now enticing viewers with its recent launch of the high octane crime thriller ‘Dharavi Bank’. Ranking number 4 in the most anticipated list of shows before launch, this MX Original Series has now garnered a massive 9.3 rating on IMDb. Dharavi Bank is the newest entrant in this coveted category of much loved shows which have a 9+ rating.

Bringing alive the unending stretch of narrow dirty lanes, open sewers and cramped huts of Dharavi in an intense chase, the show narrates the story of a cop trying to topple over a powerful gangster, who is the de facto government in Mumbai. Highlighting how far one can do for one’s family and duty towards the nation, Dharavi Bank is a complex story that goes beyond just bringing down a crime empire.

Pulling out all stops on the launch of Dharavi Bank is a highly engaging and innovative marketing and communication plan that is sure to draw equal attention from brands as well as viewers. A high-decibel 5-week campaign, it has left no stone unturned in reaching out to the viewers to establish Dharavi Bank as the biggest blockbuster. In a span of less than 10 days, the platform has already reached 1 in every 3 digitally active people in India – with a cumulative reach of ~200Mn across Youtube, Facebook, Digital impact and DOOH.

Furthermore, you can also pick the character you want to personify as the brand has made two innovative augmented reality filters on Instagram and Facebook based on the protagonists – Thalaivan and JCP Jayant Gavaskar. Embracing the tough cop look or Thalaivan’s distinctive white beard and long hair, these filters saw massive engagement over the weekend. There was also a fun brand banter on Twitter which saw brands like CoinDCX, BookMyShow, IMDb, Too Yumm!, Lenskart, Tata Play Binge and Moj engage with MX Player’s Tweet – Bank on us to keep your secrets safe and your cash safer. #DharaviBank

To bring alive the congested bylanes that capture the essence of Dharavi with the leads of the series, a Dharavi Trail was organised on launch day with thematic media interviews by leading news channels with Suniel Shetty and Vivek Anand Oberoi revisiting the areas that they shot in as they thanked the local residents for their support during the shoot. From promotions on digital and social media to in-app promotions, Dharavi Bank was promoted extensively including a massive reach on Digital Out of Home (DOOH). The marketing plan also included ATL promotions across impact sites in the cities of Mumbai, Delhi, and Gurugram and the series was promoted across MX Live to drive maximum engagement as well.

On the launch of this web series – Nikhil Gandhi, Group COO, MX Media, said, “Dharavi Bank is one of our most anticipated flagship properties and going by the response to the trailer, it’s going to break many records. MX Player enjoys massive reach & the show is going to be available in India and across the globe to entertain our 300mn+ active users. We have been the platform of choice for Suniel Shetty’s OTT debut. Anna, along with Vivek Anand Oberoi headlining the show set against the backdrop of Dharavi is never seen before. Our advertiser response has also been overwhelming & we believe the show is going to have a lasting impact on all our stakeholders.”

Advertisement
Related Topics:Dharavi Bank
Up Next