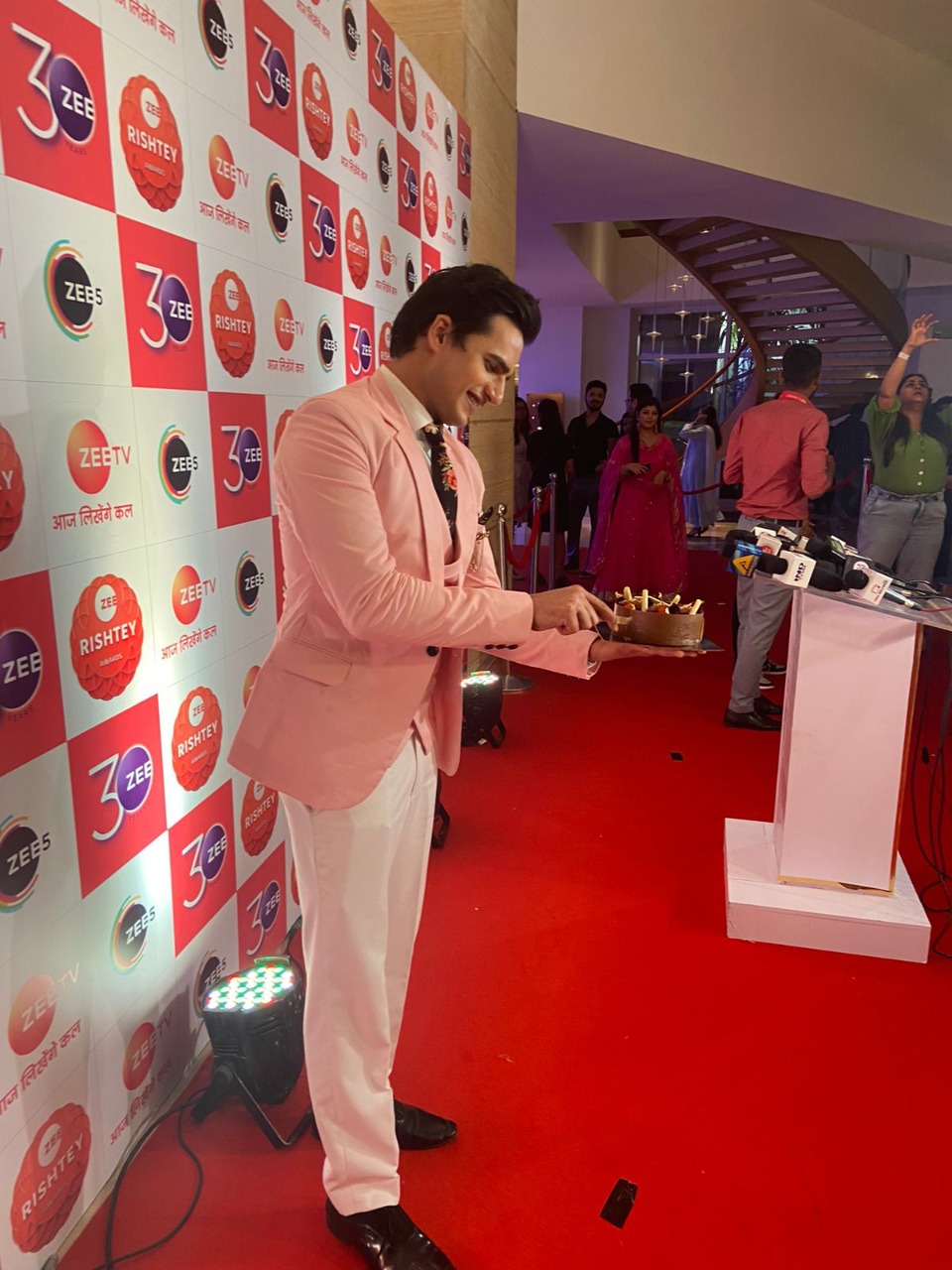 Mumbai, August 2022 It was indeed a glamorous night to see the entire zee family walking the red carpet representing their characters. With attendees like Jay Bhanushali, Kamiya Punjabi, Aashish Bharadwaj, Debmata Saha, Rishabh Alluwaliya, and many other prominent Zee faces, it was indeed a night to fathom for every Zee fan. What made this red carpet even more special was the fact that a few people from the media surprised Actor Aashish Bharadwaj with a cake as he was celebrating his birthday the very next day, and the reaction he gave was truly priceless.

When asked Actor Aashish Bharadwaj about how he felt about the surprise, he mentioned, “It was totally unexpected that something like this would happen on the red carpet. I was quite excited about the event as it was indeed a night I would get to spend with my Zee family, but I didn’t think anyone would even remember my birthday. I am truly thankful to the entire media present there who made this birthday of mine so special, and I shall always remember this gesture and do my best to channel all this love and admiration through my acting and become a much better performer.”

Disclaimer: This is a company press release. No journalist is involved in creation of this content.