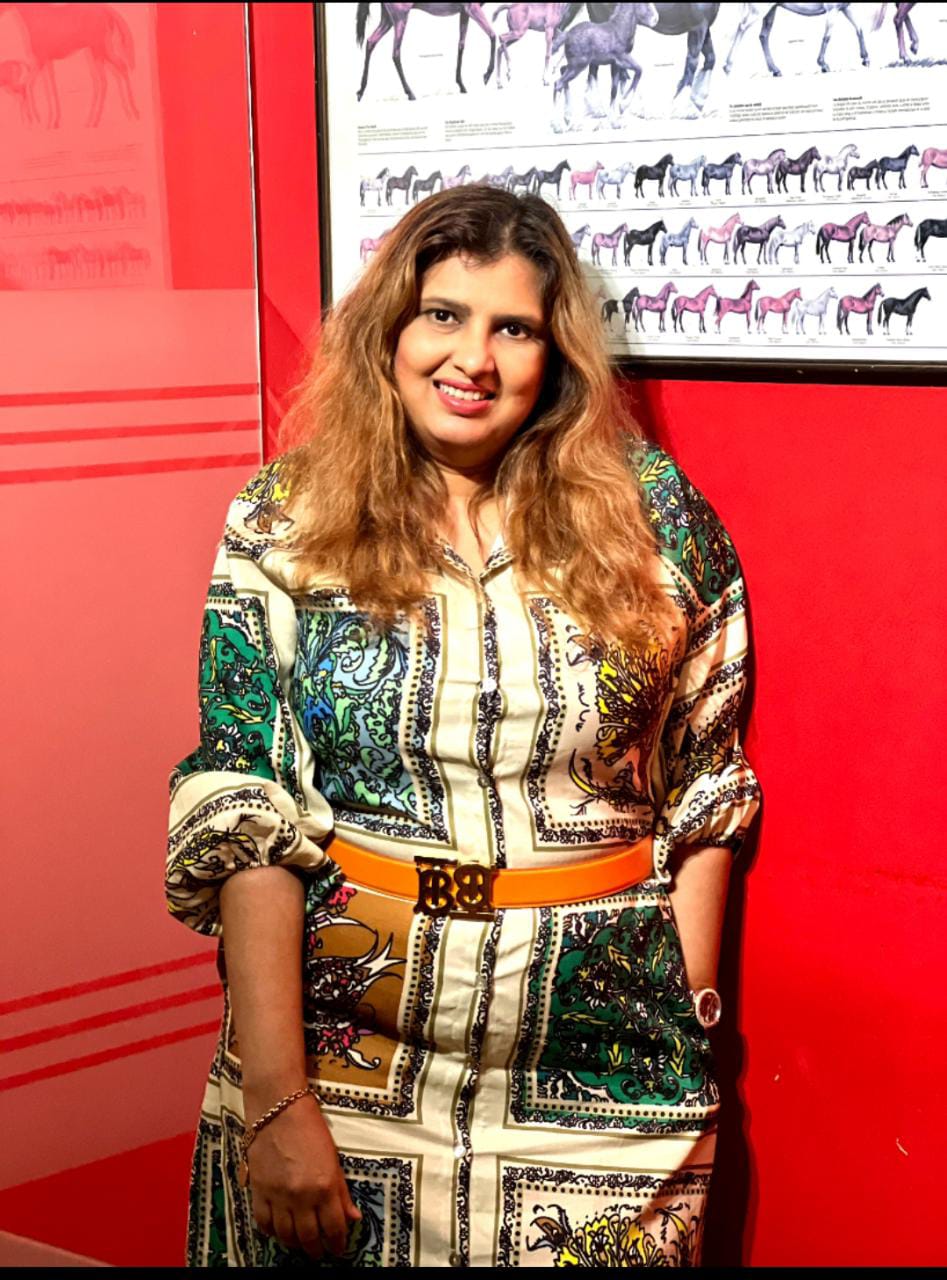 During pandemic when people were in great difficulties and normal lives were disrupted like never before, a very successful entrepreneur and restaurateur Neeti Goel with a golden heart didn’t think twice and decided to come out and help those who were in great despair and needed urgent help to survive.

Neeti Goel , who hails from Chandigarh and who is the daughter of well-known industrialist Late SK Gupta, is a successful restaurateur based in Mumbai. She runs ”Keiba’, ‘Osstaad’, ‘Madras Diaries’ and ‘Madras Express ‘ in Mumbai and the brand ‘Amore Stays’ having premium staycations in Alibaugh. She has been awarded the ‘Restaurateur of The Year’ in 2019 at the Eiffel Tower in Paris and one of her restaurant was ranked 2nd amongst the Top 50 restaurants in the world. In 2022 she was honoured as one of the top 50 influential Indians at the London bridge in London .

As a restaurateur, Neeti Goel has many feathers to her caps but she has always been more than just an entrepreneur and restaurateur. During sudden lockdowns due to pandemic when thousands of migrant workers and their families were stuck all over the country, Neeti Goel along with actor Sonu Sood co founded a initiative named ‘Ghar Bhejo’ (Send Them To Their Home) through which they managed to send more than 1.5 lakh migrant workers safely to their homelands through buses, trains and even aeroplanes. Not only that, they also started another initiative ‘Khana Chahiye’ which started with 1200 meals a day during pandemic which now stands around 80 lakhs meals. They also distributed more than 60000 ration kits to the homeless n absolute needy to fight hunger.

During pandemic, Neeti Goel leveraged social media as the great mobiliser and used her experience as a restaurateur with great effect. She began the initiative ‘Khana Chahiye’ (Food Is Needed) and fed millions of people with good quality food. Her efforts earned her much praise from all quarters but that was not her aim. She selflessly and dedicatedly focussed on poor migrant workers and their families to help them reach their homelands and serve food to millions of hungry people. They also adopted 32 orphanages , 800 sex workers , built 1000 homes in Raigarh district when they were hit by Nisarg cyclone , worked with work in jail , transgender community and adopted 282 shramik Trains originating from mumbai to provide free food and water in them to 5 lakh daily wage earners travelling back home during distressed times . She also set up
Migrant camps in thane , Dahisar and vashi to provide food , water to migrants who were travelling by foot to their hometowns . They also have 2 community kitchens running in mumbai where self help women groups are employed so they earn a living and melas prepared by them are distributed free to the needy in the area .

On a mission to help people in need, ‘Khana Chahiye’ also collaborated with the government and adopted Shramik trains (trains for migrants) and provided passengers free food and water throughout their journey. In all, they adopted 282 Shramik passenger trains to help migrant workers reach their homes.

While preparing meals for hungry people the biggest challenge Neeti Goel and her team faced was sourcing the necessary ingredients in a cost effective and a timely way. Hence, they decided to reach out to those farmers in Maharashtra who were unable to sell their crops during pandemic. Social media came in as a handy tool to spread the word and one thing led to another which contributed immensely in their noble cause. During the second lockdown the efforts continued with emergency ambulance services providing mobile oxygen at the doorstep, cooked meals, ration kits and other daily essentials.

During pandemic Neeti Goels team of dedicated volunteers also adopted many stray dogs and cats, served meals to the Mumbai fire departments, provided relief to Rambo Circus groups and hundred of sex workers too. As lockdown was declared on a immediate basis, migrant workers were stuck all over the places and had no where to go. At such desperate times, Neeti Goel decided to set up camps at Thane, Vashi, Dahisar and Nashik highways which catered to 5 lakhs migrant workers walking back to home.

From distributing 50,000 sanitary pads among sex workers of Kamathipura in Munbai to rescuing 70,000 people stuck in cyclones, the list of charity work done by Neeti Goel and her organization is too long to name them here.

The cause of domestic violence with women and drug abuse is also very dear to Neeti Goel . The beginning of green army in the rural villages of Uttar Pradesh was a significant step in helping the victims of domestic violence and drug abuse. Neeti Goels team started the work at grassroot level in Kushiyari village of Uttar Pradesh. They created a group of 25 women who were trained in handling cases of domestic violence and drug abuse. Women were made aware of their basic rights, help them understand all the benefits available for them and also make use of self-defense mechanism whenever it is necessary.Now they have an army of 1800
Women spread over 250
Villages who are self sufficient , independent . Now in phase 2 Neeti Goel is creating jobs for them and hence making them self sufficient swamybhu .

Interestingly Neeti Goel is aims to reach 250 more villages of Uttar Pradesh, Jharkhand, Chattisgarh and Bihar in next 5 years and empower women and their children in every possible way. They are also aiming to form green groups in 50 naxal affected villages of Mirzapur district to tackle problems of drug abuse among adolescents and young adults, lack of education among children and women, domestic violence mainly originating from drug abuse etc.They also aim to conduct workshops with farmers to improve agricultural productivity.

While talking about the charity work she has been pursuing so rigourously, Neeti Goel says, “If earning name for myself would have been my aim, I would have just stuck to being a entrepreneur and a restaurateur. I have been felicitated with many big awards for the same. But I always been aware of my surroundings and the suffering of people in our society which reflects on my social work and I want to continue it till the time I am alive and spread smiles .

Related Topics:Meet Neeti Goel
Up Next