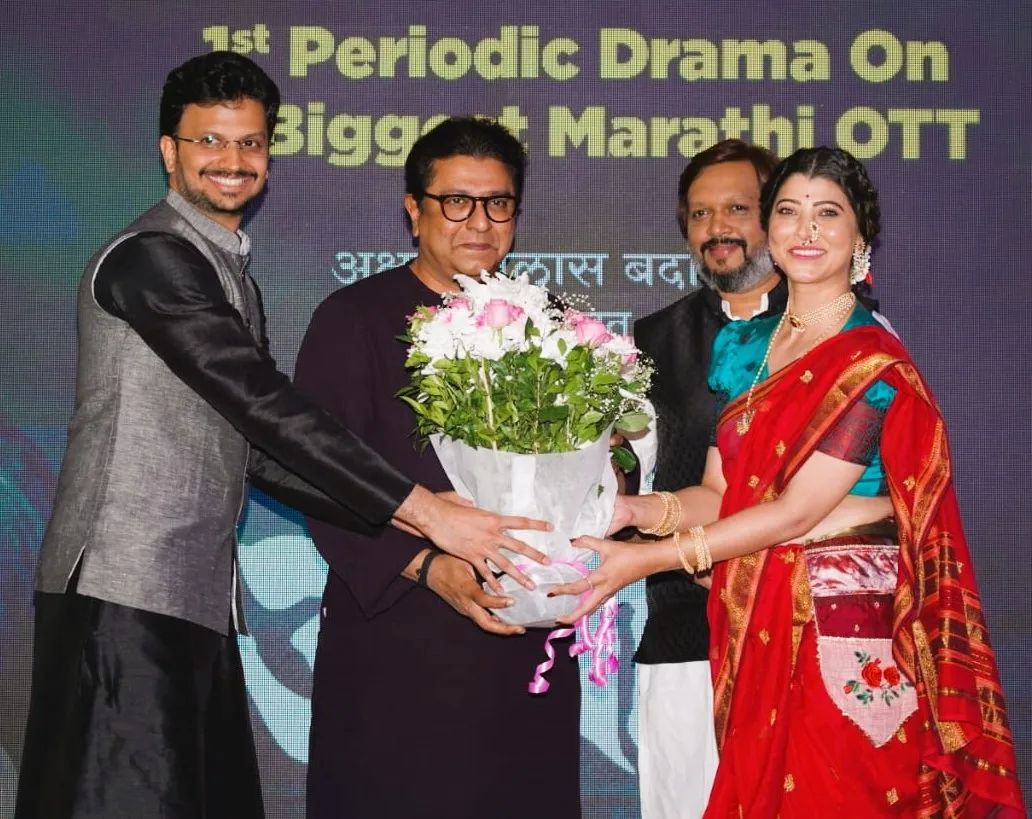 ‘Athang’, Planet Marathi OTT’s soon-to-be-released, thriller web series trailer was released with great fanfare with an exclusive event. The special guest of the event to launch the most awaited trailer was Shri Raj Thackeray along with the star cast of the series.

Commenting on the launch of Athang’s trailer, Shri Raj Thackeray said “We must celebrate the culture, arts and cinema of our state Maharashtra with much pride. It is great that we are able to give tough competition in the web world in the current generation with great stories from our state’s talent. I applaud the team for their great work.”

The trailer is an intriguing glimpse into a foreboding period drama with layered and diabolical characters. The dialogues are sharp and spine-chilling, as each actor steps into the shoes of edgy, unnerved roles which add to the disturbing cinematic aura. Viewers will be drawn to the rustic, old world of ‘waadaas’ and secrets unknown.

National award winner Akshay Bardapurkar, Producer and Founder, of Planet Marathi OTT said “Athang’s dark universe will usher in a new era of Marathi web content. It is an experimental format in the thriller and mystery genre which is less explored in our industry, especially on web. Series like this are meant to create a breakthrough with larger audiences.”

The eerily mysterious plot revolves around the captivating story of a man living under the deathly shadow of a soul trapped. In a less explored genre of Marathi web content, the series takes a brave leap into the suspense space. The series sees a stellar cast including names like Dhairya Gholap, Bhagyashree Milind, Sandeep Khare, Nivedita Ashok Saraf, and Urmila Kanetkar Kothare among others.

Popular actress, Bhagyashree Milind who plays a key role in the series said “Viewers will get a taste of the enigmatic world of Athang through its trailer. As an actor, it was a new journey as web content is shot differently. I thoroughly enjoyed every scene even though it was emotionally challenging. It has come together fantastically.”

Noted Actress and Producer Tejaswini Pandit commented “We are living in an exciting time where we get a chance to back fresh, enthralling stories like Athang. The trailer itself showcases the prowess of Marathi web’s when it comes to giving differentiated content.”

The web series has been directed by Jayant Pawar and produced by Tejaswini Pandit and Santosh Kher. The series will launch on 25th November exclusively on the platform.

Advertisement
Related Topics:RAJ THACKERAY
Up Next