Writer Anantica Sahir: Dreams should not be achieved at the cost of our health and happiness

Shruti Haasan, who gears up for two big ticket releases this week with Waltair Veerayya and Veera Simha Reddy, could unfortunately not be part of the former's pre-release launch held recently due to ill health.

Doosri Maa actor Mohit Sharma: Riding a bicycle is a therapy for me

Get ready to see Disha Patani in a never-seen-before avatar for Yodha; Read about her hard-core fitness regime!

Is Shivam Sharma Going To Be Seen on MTV Splitsvilla 14 as a Wild Card Entry?

Vivian Dsena: Mental health has been considered serious for years, only recently many have slowly started to understand its importance*

Wedding choreographer Sumit Khetan is on cloud nine; here’s why!

Nikhil Nanda: Mental health is all about feeling calm, composed and at peace with yourself

The importance of mental health for overall wellbeing

The biggest and grandest ganpati visarjan at Mumbai Cha Sheth 2022 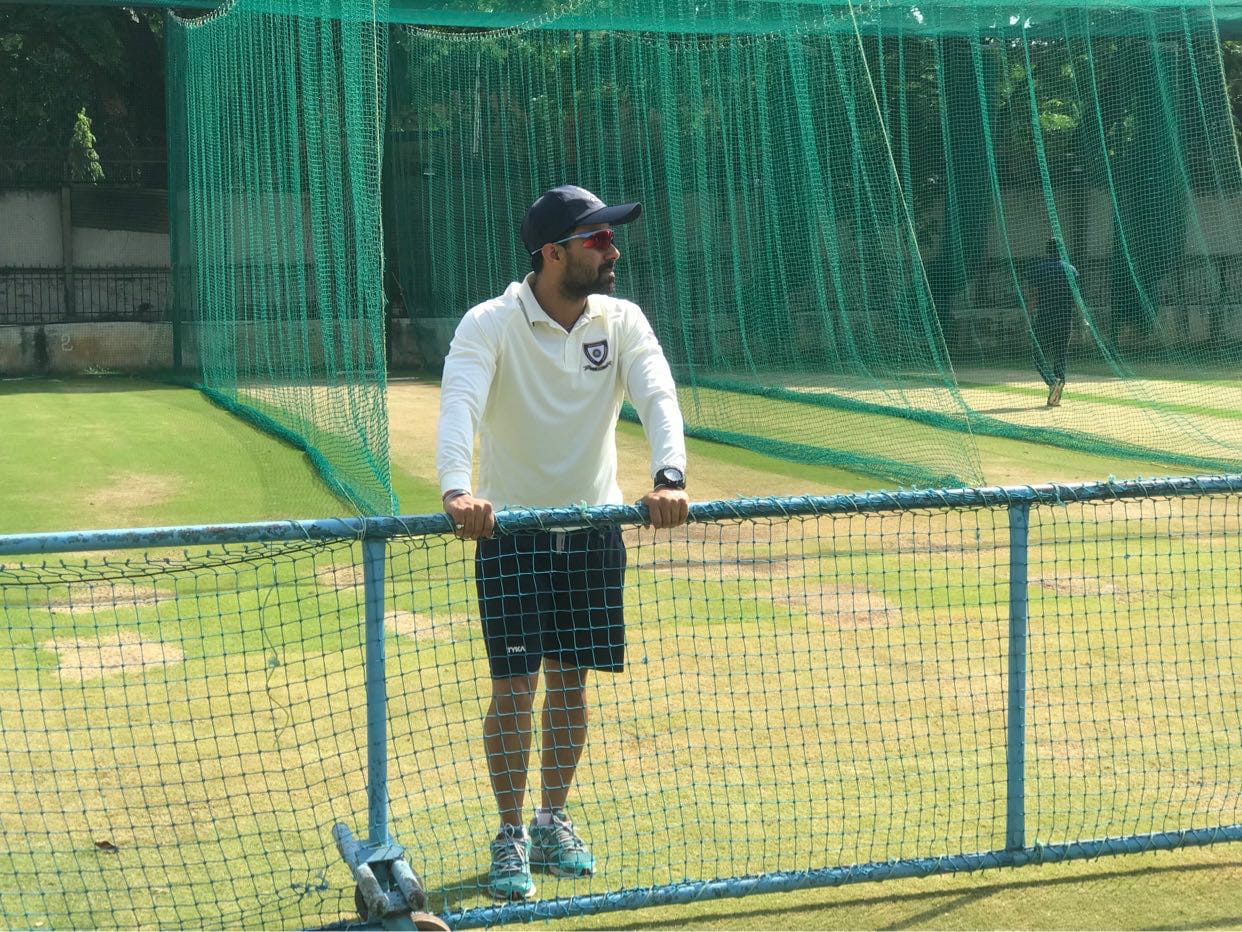 Sidhu discusses what it means to strive for excellence in coaching and his experiences in the field around the world with us.

How would you summarise your career in cricket?

Manpreet Sidhu: Today, I work for the BCCI as a cricket coach and performance analyzer. However, I began my cricket career in India, representing the Madhya Pradesh province and the city of Indore. I have represented the state in numerous division teams such as Under-16, Under-19, and Seniors, as well as many other teams internationally as an abroad player.

I’ve competed in competitive cricket in England, Sri Lanka, Dubai, and Sharjah. When I was 25, I realized that I couldn’t continue my career as a cricketer and instead wanted to become a good cricket coach.

In 2006, I passed the cricket coaching exam from my cricket association, and the following year, I passed the Level-A cricket coach exam as a BCCI official coach. After that year, I was invited to a refresher course for BCCI Level-B coaches and took an exam.

In addition, I passed the BCCI performance Analyst exam in 2009. Since then, I have worked as a professional coach and performance analyst for various state teams and the BCCI during the domestic season of Indian cricket, as well as during camps as an experienced Analyst at the NCA (National Cricketing Academy) during the off-season.

I also work as a fitness motivate coach, encouraging others to adopt a healthy and robust lifestyle.

Domestic or county cricket in England is known for developing your talents and your representation, and players from all over the world sign for their cricket season and play with tremendous intensity.

T20 cricket is more prevalent in the UAE, where 20-over contests are played regularly.

Let’s talk about coaching and some of the fundamentals you teach young players.
My primary focus when coaching at the youth level is the kids’ technique and fundamentals.

If a player is good with the fundamentals of his game in the early stages, he will be successful in any cricket.

So, when I coach that group, my goal is to get the players to enjoy the game while also working on their fundamentals so that their technique suits their cricket career.

How much coaching entails teaching players tactics and developing their talents, training them as individuals, and allowing them to perform better?
Only competent coaching can improve each player’s technique and overall progress.

Similarly, coaching is critical in professionalizing any player for technical, mental, or total development.

I also ensure that I inform players of their strengths and shortcomings so they can better understand their game and perform at any level.


You’ve been working with the BCCI for a long time; how has the level of coaching evolved as the sport has grown?

As a professional coach and performance analyzer at the BCCI, I always work in this capacity.

We work with the various players at the grassroots level and the NCA, primarily a development place for all age groups and different state cricket players to grow. They are chosen based on previous performance, and we constantly work to enhance them.

I am convinced that the BCCI coaching system in India is fantastic.


What is the significance of having a broad and well-rounded domestic cricket framework, as is the case in India, for the development and evolution of young cricket players?
I think having a good cricket structure in any country has several advantages, and India has the best cricket structure.

There are several age levels here, including under-16, under-19, and under-23 teams, men’s and women’s matches, and first-class cricket teams with T-20 and list A fixtures.

What are some of the technical aspects of team coaching?
When coaching a team, there are many factors to consider. For example, which batsman will be best in which role, which bowler would be best at what moment, and so on.

Which bowlers and batsmen have the potential to be effective in a game, and how crucial it is for any team to have a sound strategy or plan.


You’ve also established a social media presence and a personal brand. It is essential to grow your brand and business in today’s day and age; could you share some expertise on that journey?
Yes, it is correct to state that people enjoy my job as cricket professional and my social media platforms; a person only acquires this following after doing outstanding work.

The journey began when I began working in professional cricket and shared my experiences and knowledge with others, which was well appreciated by an increasing number of my fans.


Any other thoughts/comments?
I’d want to remind everyone that to prepare for a career as a professional player, they should focus on their technique, mental strength, and physical fitness because cricket nowadays requires this as a bare minimum.

The level of competitiveness has likewise considerably grown, so we know everything and prepare accordingly.