World Tourism Day: From Goa to Switzerland, these destinations are celebrity-favourites!

Richa Chadha and Ali Fazal to skip the 'No Phone Policy' at their wedding, want their guests to be at ease and have a good time

Starring Ayushmann Khurrana and Rakul Preet, here’s a romantic track from Doctor G that will make your heart flutter

"The CAT's Almost Out Of The Bag", Says Actress Kavya Thapar As She Announces Her Next Series Alongside Randeep Hooda

Dandiya Raas 2.0: be a big blast in Patna on October 1, Govinda, Gulshan Grover and Mahima Chaudhary will dance with Dandiya

Hook , line and sinker and that's what completely paraphrases Biopic Man Randeep Hooda in the teaser of his upcoming release, CAT!

The joys of having daughters!

"When the camera rolls, he is immersed in his role" shares Director Shashanka Ghosh about Kartik Aaryan in Freddy

"I have always been captivated by Hrithik Roshan's personality," Rohit Saraf says of his dream of working with Hrithik Roshan in Vikram Vedha.

With a positive start at the box office, Dhokha Round D Corner promises a profitable investment for the makers

Celebs sounds excited about National Cinema Day, share their plans of watching a film in theatres

Nath- Zewar Ya Zanjeer actor Puvika Gupta on TV being a female-dominated medium: I think it’s not about male or female, it’s more about interesting narratives

Celebs sound excited about National Cinema Day, and share their plans of watching a film in theatres

Banaras Film trailer will be unveiled on September 26th 2022, film to release on 4th November 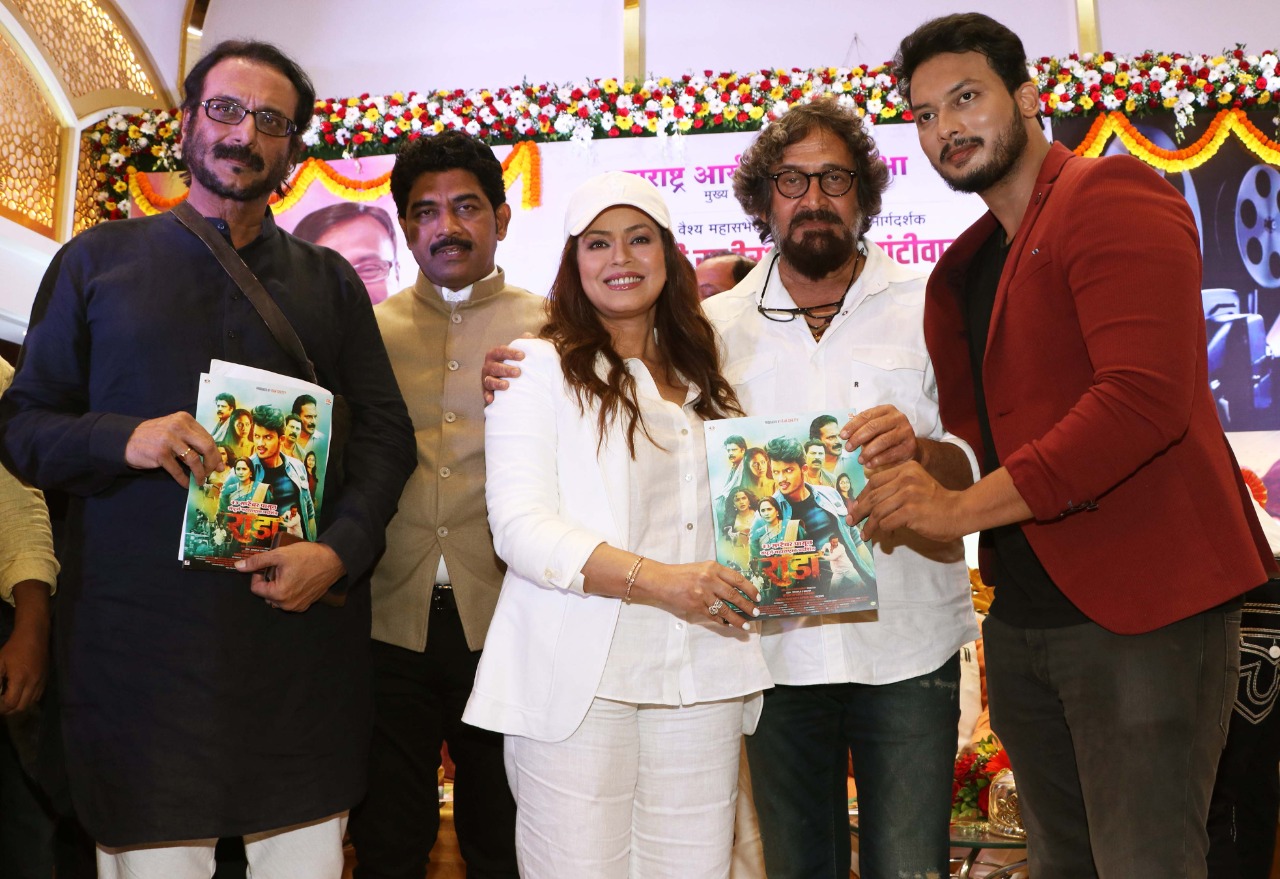 Marathi film ‘Raada’ is full of action, comedy and romance and is releasing on 23rd September. Akash Shetty is debuting in the film world with ‘Raada’. Maharashtra’s Cultural Minister Sudhir Mungantiwar was present as the chief guest at the grand trailer and song launch of Producer Ram Shetty’s Marathi film “Raada” while many celebrities including Mahesh Manjrekar, Mahima Chaudhary, Milind Gunaji were present as guests. Akash Shetty, Yogita Chavan, Shilpa Thackeray are in the lead roles in this film directed by Ritesh Sopanrao Narwade.

Mahima Chaudhary said that this is a strong action film, this is Akash’s debut film, I heartily congratulate him. Very well made movie, its trailer and songs are amazing. I want people to go to theaters and watch this film .

Mahesh Manjrekar also extended his best wishes to the film and Akash Shetty.

Akash Shetty said that I am very happy and excited that Mahesh Manjrekar, Cultural Minister Sudhir Mungantiwar ji, Mahima Chaudhary, Milind Gunaji came and wished me at the trailer and music launch of my first film Raada. The movie has action, romance, suspense, drama everything. Working with Milind Gunaji and Nishigandha ji in the film was a learning experience. The songs and music of the film are its plus point.

The choreographer of the film is Ganesh Acharya and he is also seen dancing in a dance number, this song picturized on Hina Panchal is going to be a super hit. I will also be seen on screen in this item song.”

Producer Ram Shetty said that they have got the blessings of Cultural Minister Sudhir Mungantiwar, Mahesh Manjrekar, Mahima Chaudhary, Milind Gunaji, and hope the cinema audience will like it. I am actually from South, Akash Shetty is also from South, so you will get to see South style action in the film Raada. Akash had a passion for acting since childhood, his personality is also God gifted.

The film’s music composer Dinesh Arjuna and lyricist Jafar Sagar were also present on the occasion, who informed that the songs of the film are being appreciated by the audience

Advertisement
Related Topics:Mahima Chaudhary
Up Next