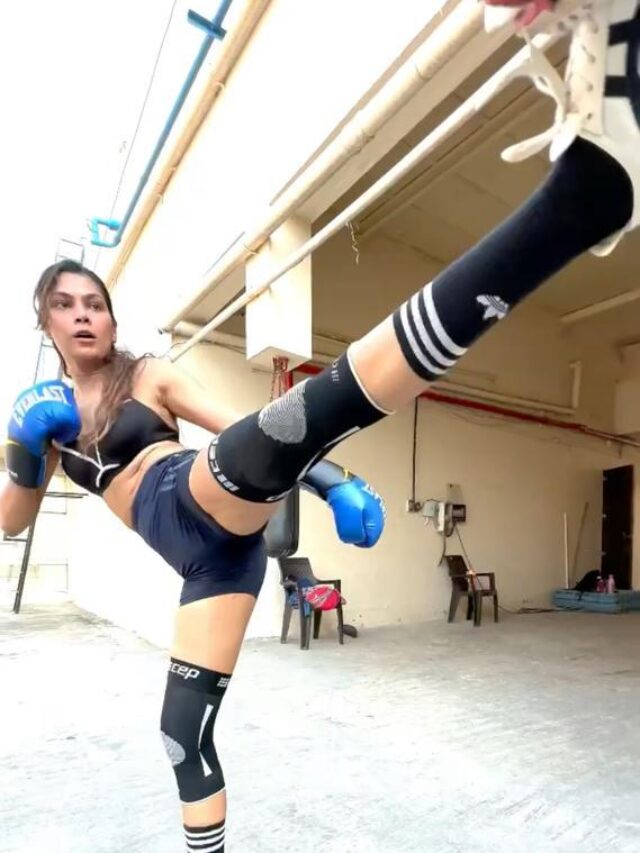 Bollywood is no longer just about glitz and glamour. Most of the Bollywood stars are now learning various skills to keep themselves fit and active. The Bollywood stars are trying their very best to get fit and some of them even take it to perform their own action stunts in front of the camera from Hrithik Roshan, Abhimanyu Dassani to Tiger Shroff.

Actress Lopamudra Raut, seems to be one amongst the few on the top of the list. Lopamudra opened up about taking martial arts and how it has sparked an interest in her. She says, “i was very intrigued by Hollywood action movies like Salt, Lara Croft:Tomb raider, Colombiana, Lucy and hence I wanted to take up martial arts and gymnastics and I seriously started doing it during Covid. I think it can be a great life skill too and since I am extremely inclined towards doing action oriented roles in films, it can come in real handy. I am really lucky to have the best trainer in india and I feel that works as a catalyst in the skill building. A great trainer and the right technique is a necessity. If you compromise in your form and technique in Martial arts, it can lead to major injuries”

There are not many actresses who have done action movies in India. In fact there’s not really been any movies made on female action heroes in India. She would like to be a part of such movies and perform her own stunts Lopamudra adds. The actress wishes to be seen in action films and says that she wants to play characters that not only provides her an opportunity to play a good graph that demonstrates her acting skills but also allows her to do some dare devil action.
Lopamudra’s recent posts on Instagram are breaking the glass ceiling. Her jaw dropping display of deadly kicks like tornado kick, flying kicks, jump back kicks, cartwheel, kick boxing and also some flips shows that the actress would make a great choice action movies.

When asked if Martial arts is the reason behind her washboard abs and overall fitness, she replied, “It’s not the only reason, it’s a combination of all. For me fitness is not an option, it’s a lifestyle. I inculcate fitness in my day to day life by making conscious decisions and healthy eating habits, martial arts and weight training etc do contribute to my fitness“ she says.

Advertisement
Related Topics:Lopamudra
Up Next