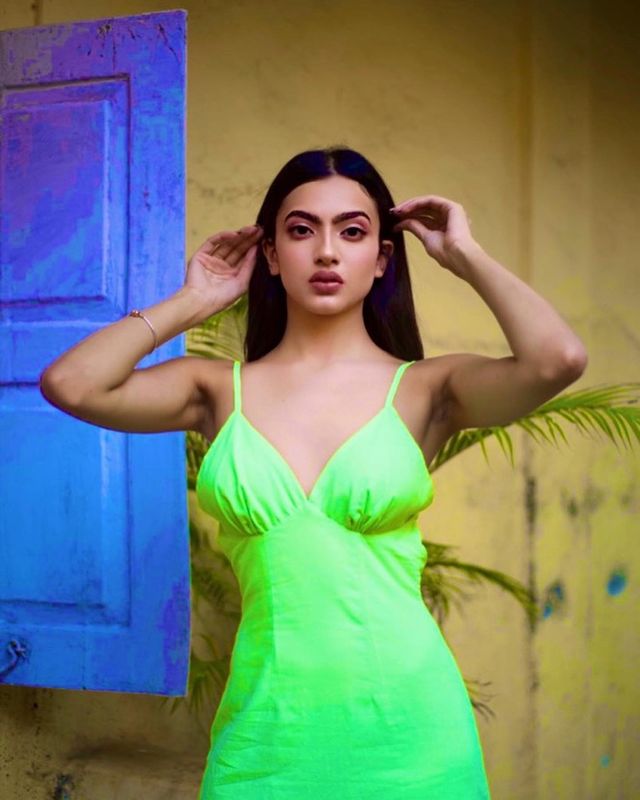 Actress Kashika Kapoor while expressing her desire to do an action film says,”As an actor, I feel the pressure to astound my audience with each performance, So I would always want to keep my audience engaged with new content by taking action films as well”

As an audience, we all love a good action film with a larger-than-life canvas, high-octane action drama, and never-seen stunt sequences with our favorite actors in the lead. And now, Kashika Kapoor, a 19-year-old actress, and model whose social media fandom know no bounds expresses her desire to work in action films.

Action stars have always been one of the most loved actors in Hindi cinema. People love to see their favorite stars stand up for what’s wrong and beat the villain . Kashika Kapoor, has established her name in the industry with her outstanding performance and glamorous appearances. The actress has showcased her versatility after working in various music videos and series, has developed an interest in acting in an action movie. On talking about it, the actress said, ” I really enjoyed doing action when I was training for my video game character, MOCO, and even though I have grown up watching action films, I never imagined I would like to do action, it really surprised me when I developed a love for this genre.”

The actress also went on to say, “As an actor, I feel the pressure to astound my audience with each performance, So I would always want to keep my audience engaged with new content by taking action films as well .”

Check out some hot photos of this gorgeous diva,
https://www.instagram.com/p/ChXYYxspP-t/

This young girl has a lot to offer, and we can’t wait to see her kick some ass in an action film!

On the work front, Kashika was featured in a music video, “Tu Laut Aa” alingside Pratiek Sehjpal. She has also been featured in music video like Neendra, Sachcha Wala Pyaar With Zee Music. Kashika has also won hearts in music videos like dil pe zakhm by T series which won more than 40 million + hearts ,O mere Dil Ke Chain ,Hissab ,NEENDRA(dance number) which was by Zee Music and Sa Re Ga Ma,sachcha wala pyaar (dance number)by zee & also a music single by Sohum Rockstar Entertainment and Balaji, O Rano, Aaj Bura Na Mano and recently seen in a music video for Dil Pe Zakhm which starred Gurmeet Chaudhary and Arjun Bijlani. Kashika is even the face of FREEFIRE as MOCO- done by Rohit Shetty team. She has last featured in the two music videos that released in the last two weeks, saajan & thodi thodi saans. Apart from that, the actress has movies and a series in the pipeline, which will be announced soon.

Advertisement
Related Topics:Kashika Kapoor
Up Next

After Sooraj Pancholi,Tiger Shroff, & Guru Randhawa, Larissa Bonesi is all set to shake legs with Yo Yo Honey Singh on their new song Jaam