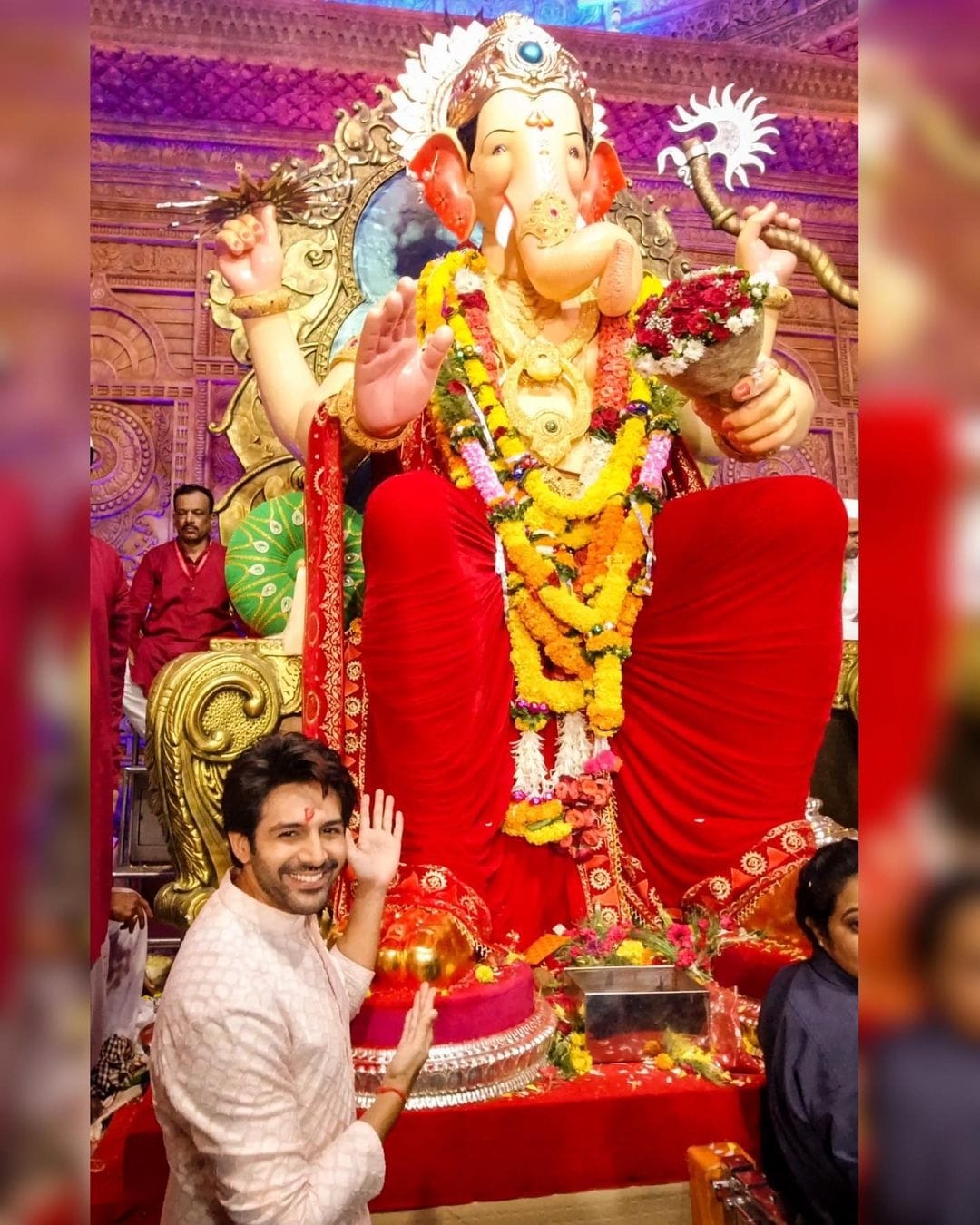 Kartik Aaryan has had an exceptional year after giving the biggest box office success of Bollywood and many achievements to count. With the Ganesh Mahotsav starting with full zest in Mumbai after a break of 2 years of the pandemic, the young superstar went for his first ever darshan of Lalbaug Ka Raja, to take blessings for such a year.

Taking to his social media, he also shared images from his darshan of Bappa as he wrote-

From the biggest box office superhit to an an overloving and ever growing fandom, he had a lot to thank for and take blessings of Bappa. He also became the first celebrity to do the darshan of Lalbaug Ka Raja in this special year, as Lalbaug opened for darshan after a gap of 2 years of the pandemic.

On the work front, he has an exciting slate of films ahead including Shehzada, Freddy, Captain India, Satyaprem Ki Katha and Kabir Khan’s untitled next.

Related Topics:Kartik Aaryan
Up Next

Samantha Ruth Prabhu looks fearless in the new poster for her next, Yashoda!