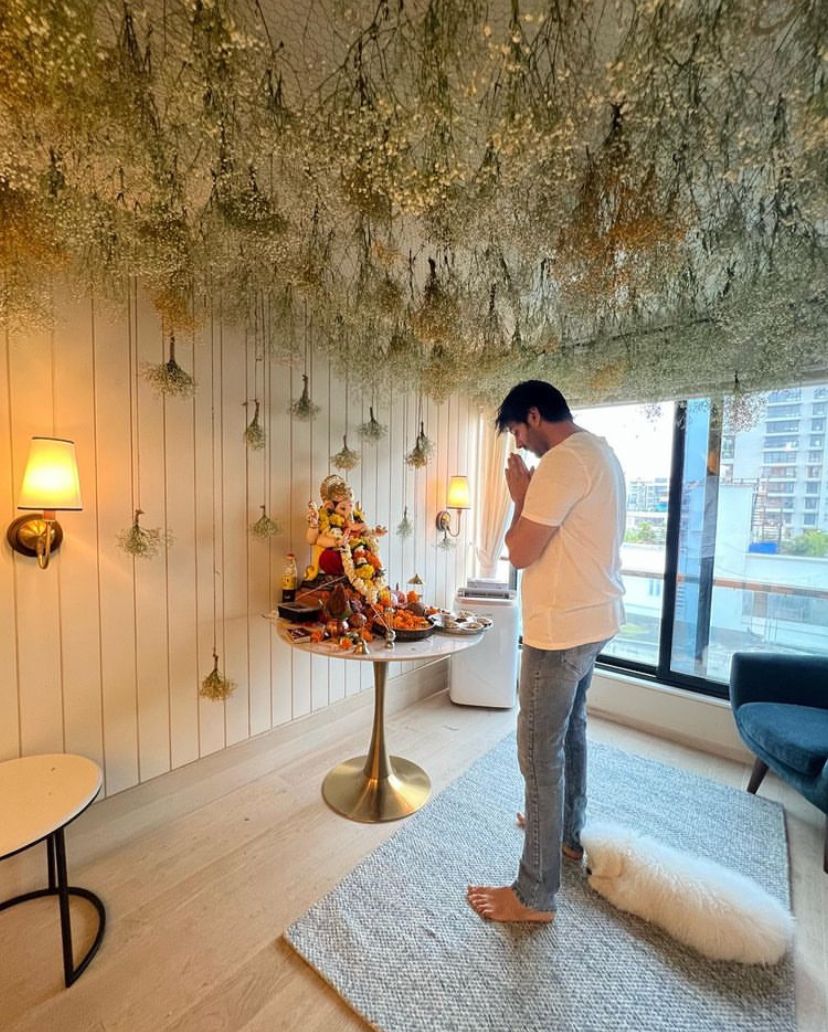 Ever since Kartik Aaryan has ruled the hearts of the audience and the box office windows with his blockbuster Bhool Bhulaiyaa 2, his fans are eagerly waiting to watch his next on the screen. While keeping up the audience’s anticipation at its peak, the actor finally starts the shooting schedule of his upcoming Satyaprem Ki Katha with the blessing of Lord Ganesha.

Taking to his social media, Kartik shared a picture where he can be seen seeking blessing in front of the Ganapati idol as he is all set for the shoot of Satyaprem Ki Katha. He wrote in the caption –

As Kartik is heading up on his next project, the fever of his last release Bhool Bhulaiyaa 2 is making rounds around the corners. While the actor has recently witnessed a cute little fan of Rooh Baba who dressed in his attire, his character has also been seen turning into a Comics that will be released by India’s most popular comic publishing house, Diamond Comics.

Related Topics:Kartik Aaryan
Up Next