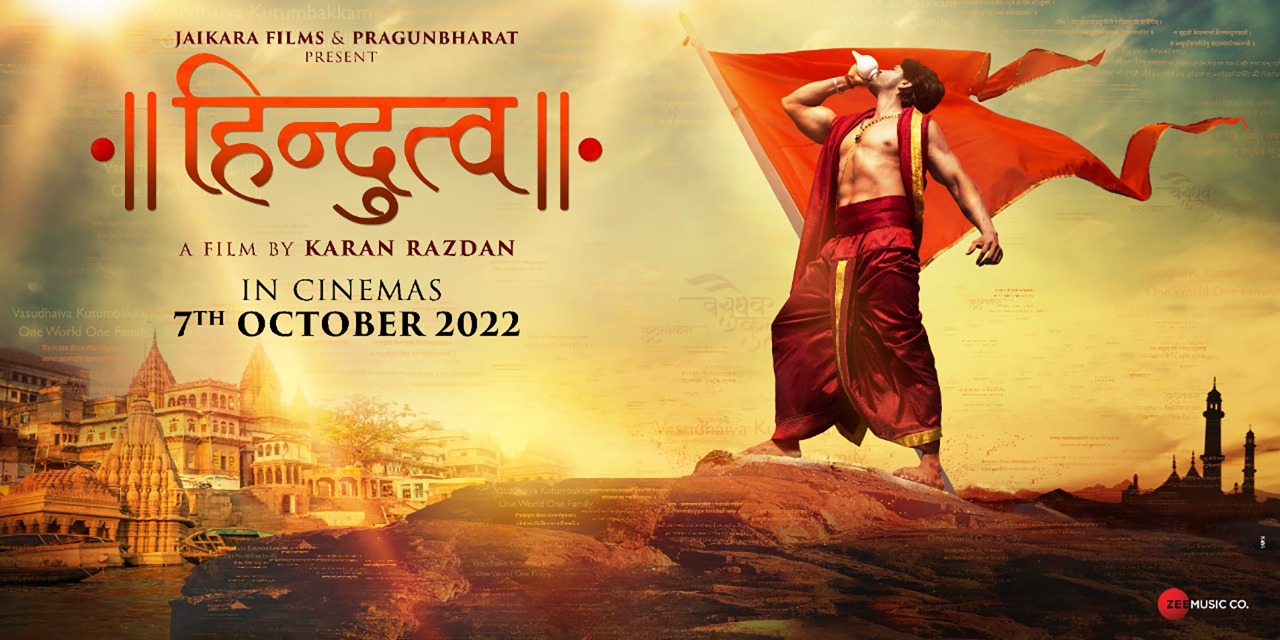 Filmmaker Karan Razdan’s film Hindutva is all set to release on October 7 in theatres across the country. Produced by Jaikara Films and Lord Shiva Communications, a Pragunbharat presentation, the film is written, produced and directed by Karan Razdan and has young talents Aashiesh Sharrma, Sonarika Bhadoria and Ankit Raj in lead roles. The film’s motion poster was released today revealing the release date.

Filmmaker Karan Razdan shares, “Hindutva is all about love, friendship, student politics and the true essence of Hinduism. The film will unfold details about Hinduisim which even some Hindus in the country don’t know about.”
He adds, “There has been a lot of talk in the media, especially in the political circles, that there is a great difference between Hinduism and Hindutva. While Hinduism is supposed to be a peaceful way of life, Hindutva is being quoted as radical and extremist. And Hindus who follow Hindutva are being portrayed as hateful fundamentalists. These people do not understand that Hinduism translated in Hindi literally means hindutva. It doesn’t mean Hindu religion, because Hinduism is not a religion. So what is the literal translation, it is Hindutva. My film Hindutva in fact goes ten steps ahead and tells these so-called secularists what Hindutva actually means. There has been a lot of Hindu bashing by Bollywood, whether it is us as people or our Gods and Goddesses, we have all been shown in either negative light by Bollywood or in a farcical manner. Both have been unacceptable for me and that is how my film Hindutva was born. Whether it is in India or all over the world, where a wrong perspective of Hindutva is being spread, I would like to set the record straight.”

Karan Razdan who has written films like Dilwale, Trimurti, Dushmani, Diljale and directed films like Girlfriend and Mr. Bhatti on Chutti, has always tapped different and bold subjects and his upcoming movie Hindutva also is unique in its own way. The film is released by Pen Marudhar all over.

Choti Sardarni Fame, Akriti Agarwal, At the Lords Of Trendz Midday Awards, steals the show by taking home the Most Promising Fashion Influencer