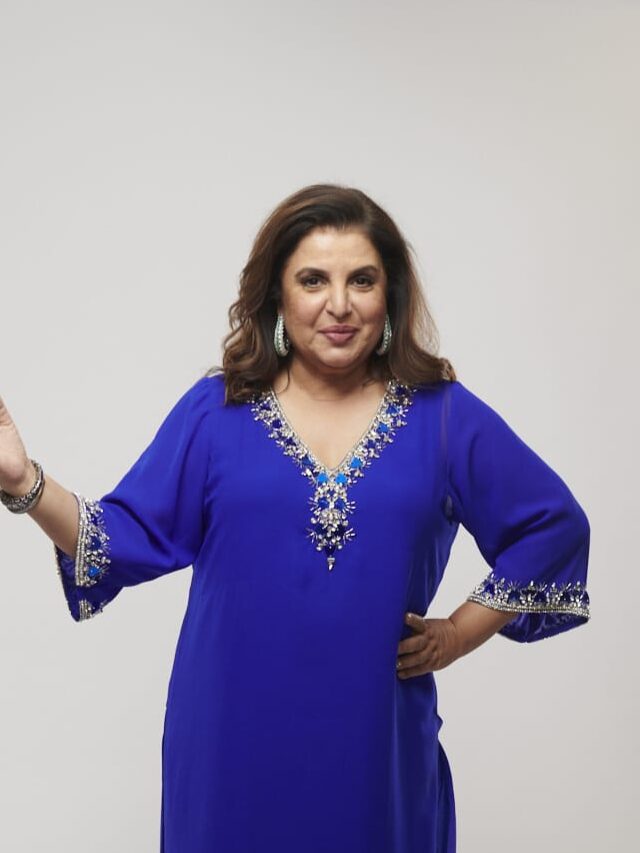 16th November 2022: By popular demand, the International Indian Film Academy and Awards (IIFA) returns to Yas Island, Abu Dhabi, for the second consecutive year on February 9, 10 and 11, 2023. Karan Johar and Farah Khan will host IIFA Rocks, the biggest musical extravaganza showcasing some of the best talents from the world’s largest film industry. A grand fusion of song, dance, film, and fashion, IIFA ROCKS 2023 will have live performances by some of Bollywood’s biggest artists, including Amit Trivedi, Badshah, Nucleya and Sunidhi Chauhan.

An excited Karan, who has bagged multiple awards at IIFA said, “I’ve shared a special bond with IIFA for over two decades. It will be a pleasure to rock the stage with Farah. Toodles!” Farah Khan had hosted IIFA Rocks with Aparshakti Khurrana at the 22nd edition in June this year. “I’ll be back in February, exactly nine months later, to hold the baby again. And with Karan as my co-parent, sorry co-host, it’s going to be an absolute riot, I promise. Main hoon naa,” she quips with her famous, irrepressible wit. IIFA Rocks will have live performances by Amit Trivedi, Badshah, Sunidhi Chauhan and Nucleya.

Composer-singer Amit Trivedi, who set the stage on fire at IIFA Rocks 2019, promises to take us on a musical uncchai again. “IIFA is not just a platform that salutes the finest of Bollywood talent, it also showcases our Indian culture to the world. That’s what draws everyone to this stage again and again,” he asserts

Badshah is also looking ahead to an electrifying live act. “In 2017, Alia Bhatt had New York enthralled when she sang my song “Ladki beautiful kar gayi chull” from her film Kapoor and Sons at the IIFA Awards. This year, I will be there in person to regale you with some of my popular hits. So, fasten your seat belts and prepare for a rocking landing,” the rapper exults.

Sunidhi Chauhan is no stranger to IIFA. She remains the youngest nominee for best female playback for Fiza’s “Mehboob Mere, has been nominated 17 times, and won the award twice for the Dhoom title track, “Dhoom Machale”, and Omkara’s “Beedi”. “This year, IIFA gives me a platform to entertain my extended family of fans from across the world. It’s going to be an amazing spectacle; we will rock Abu Dhabi!” she promises.

Indian electronic music producer and Grammy nominee Nucleya, known for his super hit albums, “Bass Rani” and “Raja Baja”, and collaborations with international icons like Diplo and Krewella, asserts, “IIFA Rocks 2023 is going to be a night to remember. Let the countdown to the best of Indian music and dance begin.”

Salman Khan, Ranveer Singh, Varun Dhawan and Kriti Sanon, among other Bollywood A-listers, will be the star performers at the IIFA Weekend and Awards 2023. Abhishek Bachchan, Farhan Akhtar and Maniesh Paul will be hosting the Awards.

The annual gala is being held in collaboration with the Department of Culture and Tourism – Abu Dhabi (DCT Abu Dhabi), and Miral, Abu Dhabi’s leading curator of immersive destinations and experiences.

About IIFA (International Indian Film Academy)
IIFA is dedicated to building bridges across cinemas, businesses, communities, and nations, creating everyone’s dream: “One People. One World”. IIFA is the most appreciated South Asian film academy and a global platform that gives the Indian film fraternity an opportunity to reach audiences in international territories. The alliances made via the platform of IIFA provide huge benefits and gain to India and an equally important objective is to create similar benefits in the host country. The aim is to establish a system of mutual benefit to both India as well as the host destinations by boosting tourism, economic development, trade, culture, cross-border investments and film co-productions. The IIFA Weekend & Awards each year travels to new, exciting and beautiful destinations, taking the film fraternity to unite and celebrate the best of Indian film and culture, thereby taking Indian Cinema and India to a wider audience. www.iifa.com

About the Department of Culture and Tourism – Abu Dhabi
The Department of Culture and Tourism – Abu Dhabi (DCT Abu Dhabi) drives the sustainable growth of Abu Dhabi’s culture and tourism sectors and its creative industries, fueling economic progress and helping to achieve Abu Dhabi’s wider global ambitions. By working in partnership with the organizations that define DCT Abu Dhabi’s position as a leading international destination, DCT Abu Dhabi strives to unite the ecosystem around a shared vision of the DCT Abu Dhabi’s potential, coordinate effort and investment, deliver innovative solutions, and use the best tools, policies and systems to support the culture, tourism and creative industries. DCT Abu Dhabi’s vision is defined by the emirate’s people, heritage and landscape. We work to enhance Abu Dhabi’s status as a place of authenticity, innovation, and unparalleled experiences, represented by its living traditions of hospitality, pioneering initiatives and creative thought.
For more information about DCT Abu Dhabi and the destination, please visit tcaabudhabi.ae and visitabudhabi.ae.

Advertisement
Related Topics:FARAH KHAN
Up Next

ICONIC BRANDS OF MAHARASHTRA AWARDS 2022 Held at Mumbai on 17th Dec, CM Eknath Shinde Graces the event by wishing all the Awardees

KIM PETRAS RELEASES NEW SINGLE “IF JESUS WAS A ROCKSTAR”