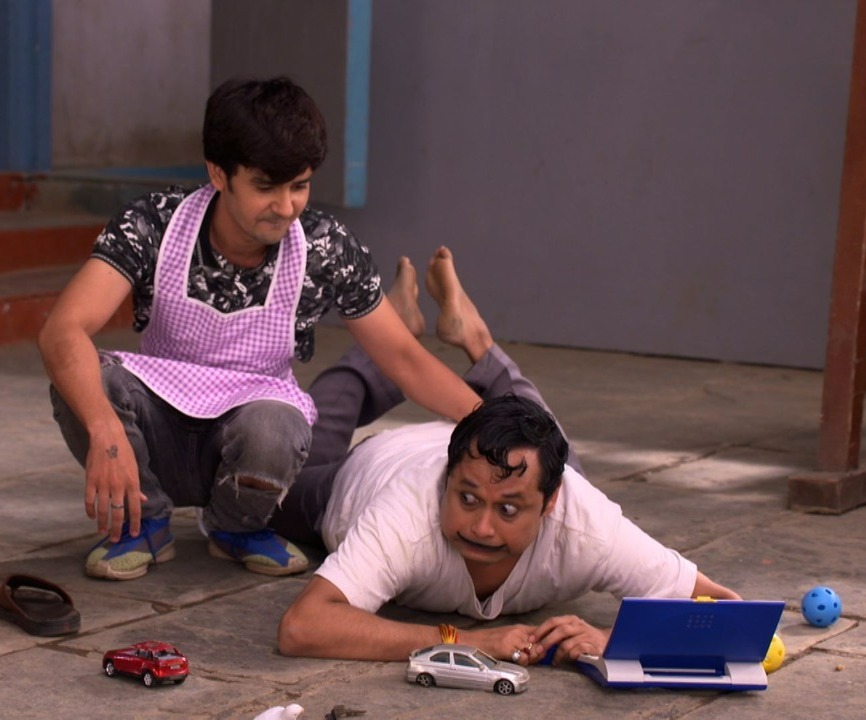 The week starts with a bang, with &TV’s brand-new offering, Doosri Maa, featuring Neha Joshi as Yashodha, Aayudh Bhanushali as Krishna, Mohit Dagga as Ashok in the lead premiering on Sept 20th, Tuesday at 8:00 pm. This week, all characters of &TV shows Doosri Maa, Happu Ki Ultan Paltan, and Bhabiji Ghar Par Hai will be caught in a tricky situation. About &TV’s Doosri Maa, Yashoda shares, “Krishna (Aayudh Bhanushali) is looking for his mother, Mala (Nidhi Uttam), who is being treated for cancer. Yashoda (Neha Joshi), a social worker, goes to the same hospital to assist the bus accident survivors. Krishna seeks her assistance in locating his mother. Yashoda finally meets Mala, who hands over her letter to her son’s father, mentioning that he is unaware of his son’s birth. Ashok (Mohit Dagga) discovers Mala and his child and is surprised to see Yashoda in her ward. On the other hand, Yashoda is unaware that he is Krishna’s father. Mala insists on meeting Krishna’s father, but he refuses. Mala’s health worsens the next day, and she is rushed to the hospital. Krishna calls Yashoda but doesn’t answer because she is busy with her pooja. Will Krishna be able to save his mother’s life by reaching Yashoda?”.

About &TV’s Happu Ki Ultan Paltan, Katori Amma says, “Happu (Yogesh Tripathi) is furious at his children for taking 100 rupees from his pocket without informing him. Master Ji also complains about their mischievous behaviour, prompting Katori Amma (Himani Shivpuri) to question Rajesh (Kamna Pathak) on their upbringing. She then compares Happu’s childhood to theirs, claiming that his child was polite and cultured, to which Rajesh objects. Katori Amma convinces Rajesh and instructs Happu to act like a child and behave properly. Happu attends a party with Beni (Vishwanath Chatterjee) while Rajesh waits for him at her friend Jaya’s house. Rajesh learns about his outing and calls him anxiously. To save Happu from Rajesh’s wrath, Beni devises a plan and brings him home unconscious, claiming he had suffered an accident. When Happu awakens, he recalls Katori Amma’s conversation and acts like a five-year-old.” About &TV’s Bhabiji Ghar Par Hai, Vibhuti Narayan Mishra says, “Anita Bhabi (Vidisha Srivastava) receives approval from the world beauty organization for her beauty cream. Anita informs Tiwari (Rohitashv Gour) of this and persuades him to invest in her business. Tiwari agrees but requests that Anita seek astrological advice from Pandit Ramphal before commencing their association and business. When Anita and Tiwari meet Pandit Ramphal, he tells them to bring on a third partner, Karamchand, to reap benefits. Anita and Tiwari approach Vibhuti (Aasif Sheikh) to persuade him to become their third partner and change his name to Karamchand. He outrightly refuses, but on Chachaji’s insistence, he agrees. Meanwhile, Angoori (Shubhangi Atre) is upset because her goat (Lalit) has been murdered and eaten by someone. In her remembrance, she throws a birthday party where she discovers Vibuti’s new identity as Karamchand. All hell breaks loose.”

‘Typecasting is no longer a barrier to selecting the right roles ’, says Neha Joshi, aka, Yashodha from &TV’s Doosri Maa