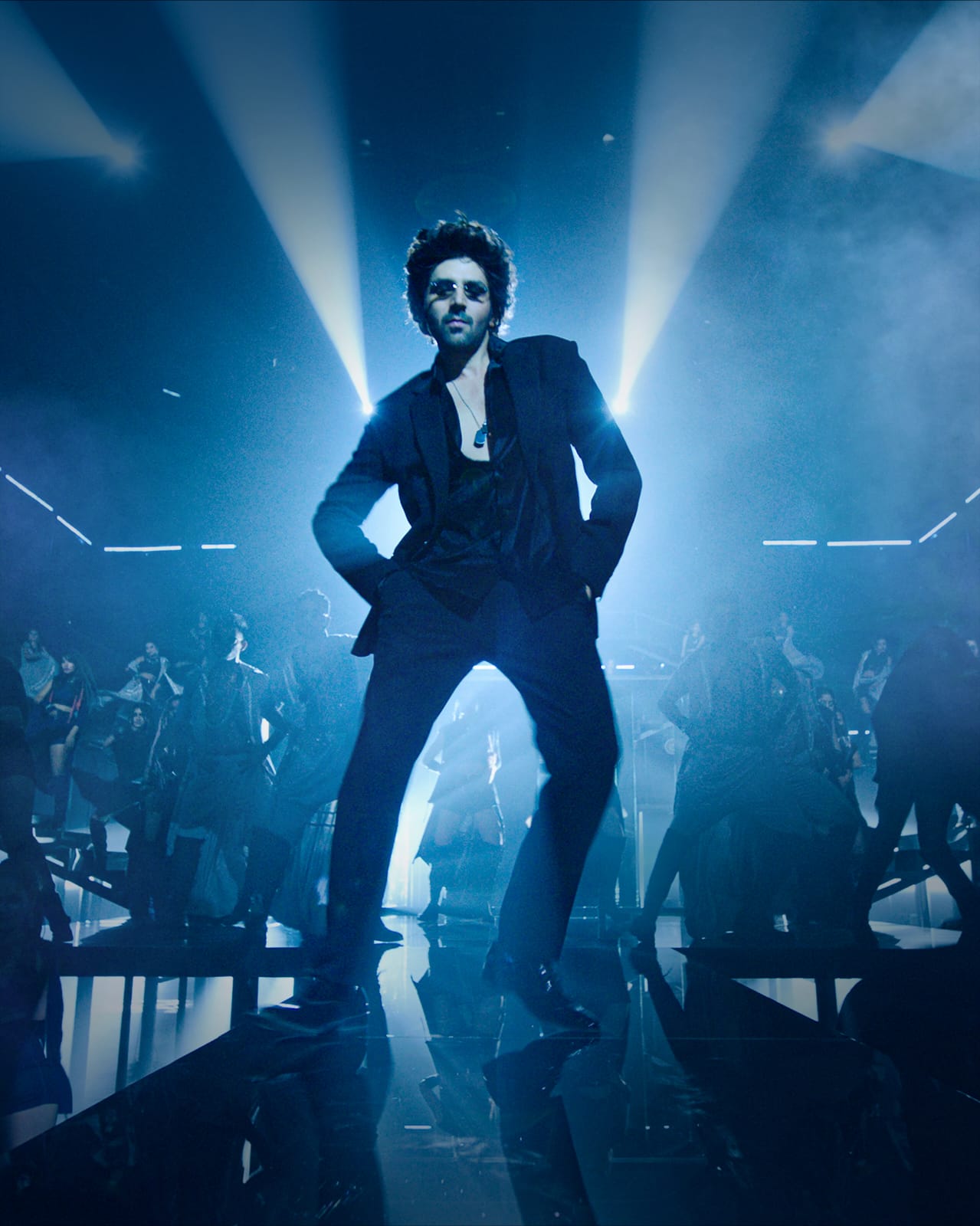 Kartik Aaryan’s magic has worked yet again! His recently released song ‘Kaala Jaadu’ from his upcoming Shashanka Ghosh directorial film ‘Freddy’ is blowing up the music charts. Released on 11th November, the title track has garnered attention like no other!

Right from your favourite content creator to the people around you, all have been grooving to the song in looooop! The dance number has got over 50 Million+ views combined on both YouTube & Instagram.

The addictive dance song features Kartik Aaryan with the euphoric voice of Arijit Singh & Nikhita Gandhi, lyrics by Irshad Kamil and music by Pritam.
Kartik Aaryan talking about Kaala Jaadu said, “I was apprehensive if the audience will love the song… But their reactions and support have overwhelmed us! The musical combination of Pritam Da and Arijit is so mesmerising that they can literally set the stage on fire. All our hard work has turned out to be victorious. I hope the audience continues listening and dancing to Kaala Jaadu.”

Talking about the song, Arijit Singh said, “The music is something that attracted me the most when Pritam made me hear the tune. Once I heard it, I was hooked and addicted to it. Kartik has done a beautiful job in the video with his dance and expressions”

Pritam – the Music Composer of Kaala Jaadu says, “When Jayu (Jay Shewakramani) showed me the movie I was blown by it and Kartik is incredible in it. Shashanka Ghosh wanted a cello theme for the film. Keeping that in mind I made a theme and interpreted that as a string line in the song. It was quite an unusual song for Arijit and he had fun with it.”

He further adds with a wink, “It’s a song so close to my heart that I didn’t want to deliver it.”

Kumar Taurani, MD – of Tips Industries Ltd, talking about the song said, “Kaala Jaadu is a very addictive song right from the moment you hear it, it just settles into your head. Kartik Aaryan has done a phenomenal job in the video. Voices of Arijit Singh and Nikhita Gandhi have added an oomph factor to the song. Irshad Kamil’s lyrics and Pritam’s composition have made it an orchestral masterpiece.”

Ekta Kapoor further adds to it by saying, “With Arijit’s voice and Pritam’s music, Kaala Jaadu is the perfect magic spell of the year. Kartik Aaryan’s moves and the fans grooving to the chopper step have taken this track to the next level and it’s been playing on a loop everywhere.”

Jay Shewakramani, the Producer of Freddy says, “After we narrated the film to Pritam, I told him that my first requirement is that I need a musical theme for Freddy… He worked on it for a long time and the first time he played the song everyone loved it! Arijit’s voice has elevated the song as also for him it’s a new song to do. Kartik we all know is effortless when it comes to performing in songs. Also a special mention here to Irshad Kamil’s lyrics that have done the magic.”

Related Topics:Kaala Jaadu
Up Next