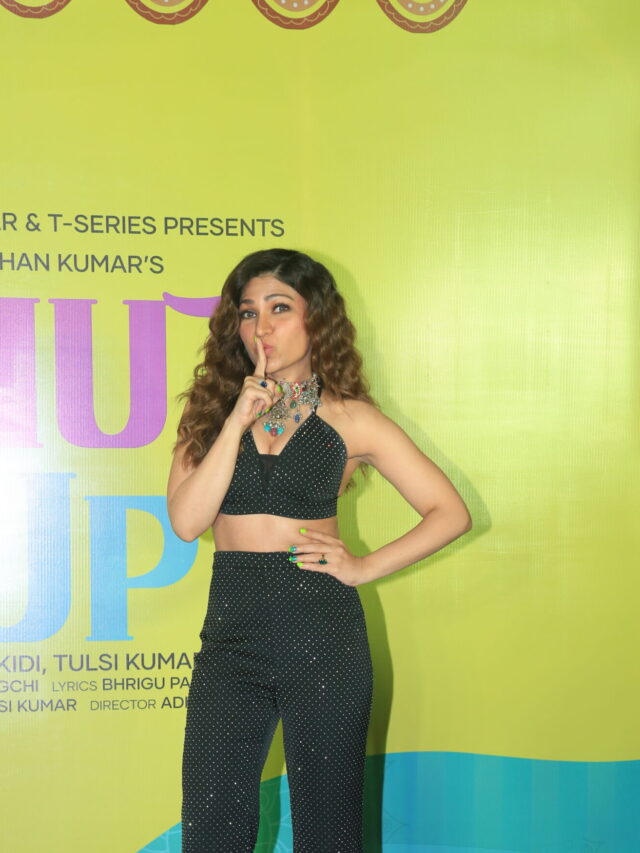 After much speculations, its now confirmed that talented singer Tulsi Kumar makes her first international collaboration with the popular Ghanaian singer KiDi who took the internet by storm with his track ‘Touch It’. As Bhushan Kumar brings two powerhouses together, this new variation of the popular song is called ‘Shut Up’. Giving a sleek Indian touch, its teaser just dropped on T-Series YouTube page and its sure to be a earworm.

Set in the scenic locations of Kerala, the video is directed and choregraphed by Adil Shaikh. As the song looks a complete visual treat, the audio is sure to make everyone groove along as the music composition is done by KiDi and Tanishk Bagchi, lyrics penned by KiDi and Bhrigu Parashar with vocals by KiDi and Tulsi Kumar. This lively and upbeat teaser of ‘Shut Up’ was launched at a full of life event in Mumbai, this evening.

Thrilled and excited about the collaboration, Tulsi Kumar said “I am extremely happy as this is my first collaboration with an International artist, KiDi! They say music is a language one shares, I literally felt that with KiDi while working on this song and what a beautiful fusion ‘Shut up’ has turned out to be! As we showcase the glimpse of the song with the teaser, we just cannot wait for the audience to witness the full song.”

The International singer KiDi expressed his excitement by saying, “I got to experience so much about India while working on this track! I am really excited as ‘Touch It’ already received so much adulation from the audience, now with ‘Shut Up’ it’ll reach a wider audience. Tulsi is indeed a true blue versatile artist I’ve ever worked with. It was amazing shooting the video in Kerala and bring about a fresh new Indian touch to the song.”

The teaser itself is receiving such massive popularity we cannot wait to see what the song will bring to us. It is sure to take over our new year’s party playlist and we’re all here for it!

T-Series presents ‘Shut Up’, vocals by KiDi and Tulsi Kumar, composed by Tanishk Bagchi and penned by Bhrigu Parashar. Featuring the singers themselves, the video is directed by Adil Shaikh, ‘Shut Up’ teaser out now on T-Series YouTube page!

Advertisement
Related Topics:Tulsi Kumar
Up Next