In a unique collaboration Badshah, Sukriti, and Prakriti present "Kya Say", just in time for the party season, Out Now on VYRL Originals.
Advertisement 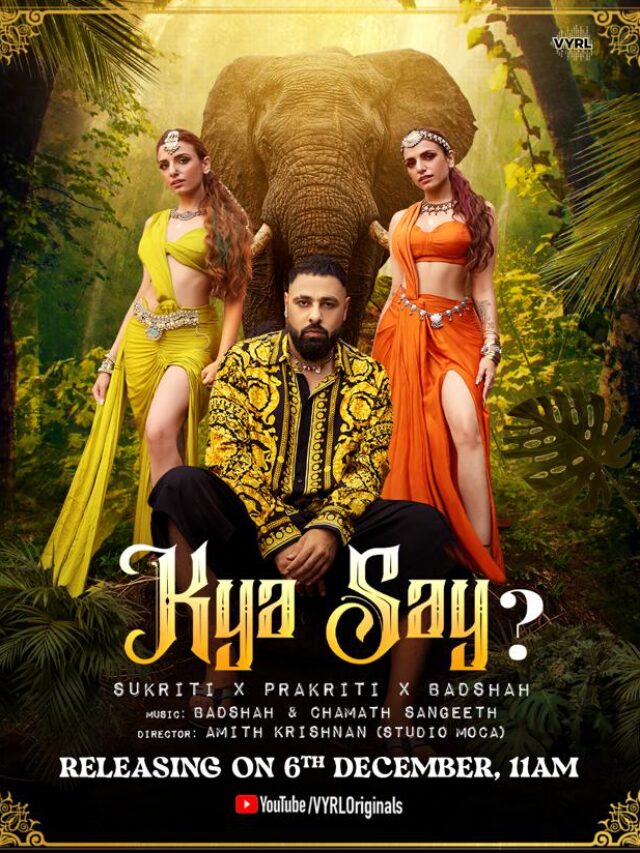 The announcement of their collaboration created ripples on the internet, and now the song is finally here. Click here to watch:

Hitmaker Badshah, has joined hands with musical twin divas Sukriti and Prakriti for their much-anticipated song “Kya Say” on VYRL Originals.
“Kya Say” has a unique Southern ethnic sound, with an irresistible groove that flows over into the eponymous hook line, and will coax you to join the party on the dance floor. The song which is composed by Chamath Sangeet follows the success of his runaway hit, “Manike Maagi Hithe.”

Anyone who has seen “Kya Say” would be blown away by Badshah, Sukriti, and Prakriti in their new earthy look. Badshah is seen in his new look, keeping it raw and casual – a clear departure from his usual bling jacket and sneaker look. Sukriti and Prakriti, India’s only singing twin sisters, are seen in ravishing attires, channelling their rustic nature goddess avatar.

The stunning music video was shot at Athirappilly Waterfalls, an exotic spot in Kerala where some of the most famous films have been shot, including Bahubali, Raavan, and a few Mani Ratnam films. Aside from the musical superstars, the video also features the second largest elephant in India, Kalidas-Chirakkal Kalidasan, a celebrity in his own right, known for his appearance in epic films like Baahubali. The music exudes a sense of elevated style and grandeur, with earthy colours taking over the visual palette.

Talking about Kya Say, Badshah says, “The experience of working on Kya Say was absolutely amazing. Chamath has created yet another masterpiece with this music. I had a lot of fun creating this song and video with the talented duo Sukriti – Prakriti, that too in such a scenic location. Big shout out to Amith and the Studio Moca team for bringing this art to life & for making me do those stunts on set, it sure was exciting. The song is out everywhere and I urge you to listen to it and watch it over and over.”

On collaborating with Badshah for the first time, Sukriti and Prakriti Kakar said, “This is a dream collaboration and the response has been overwhelming. It’s a beautiful song composed by Chamath, and people have been ecstatic since we announced it. We are delighted with how the song has turned out, and we have enjoyed the journey immensely. “Having Badshah on the song was an absolute dream, and his portions have elevated it to a whole new level.”

Related Topics:Kya Say
Up Next