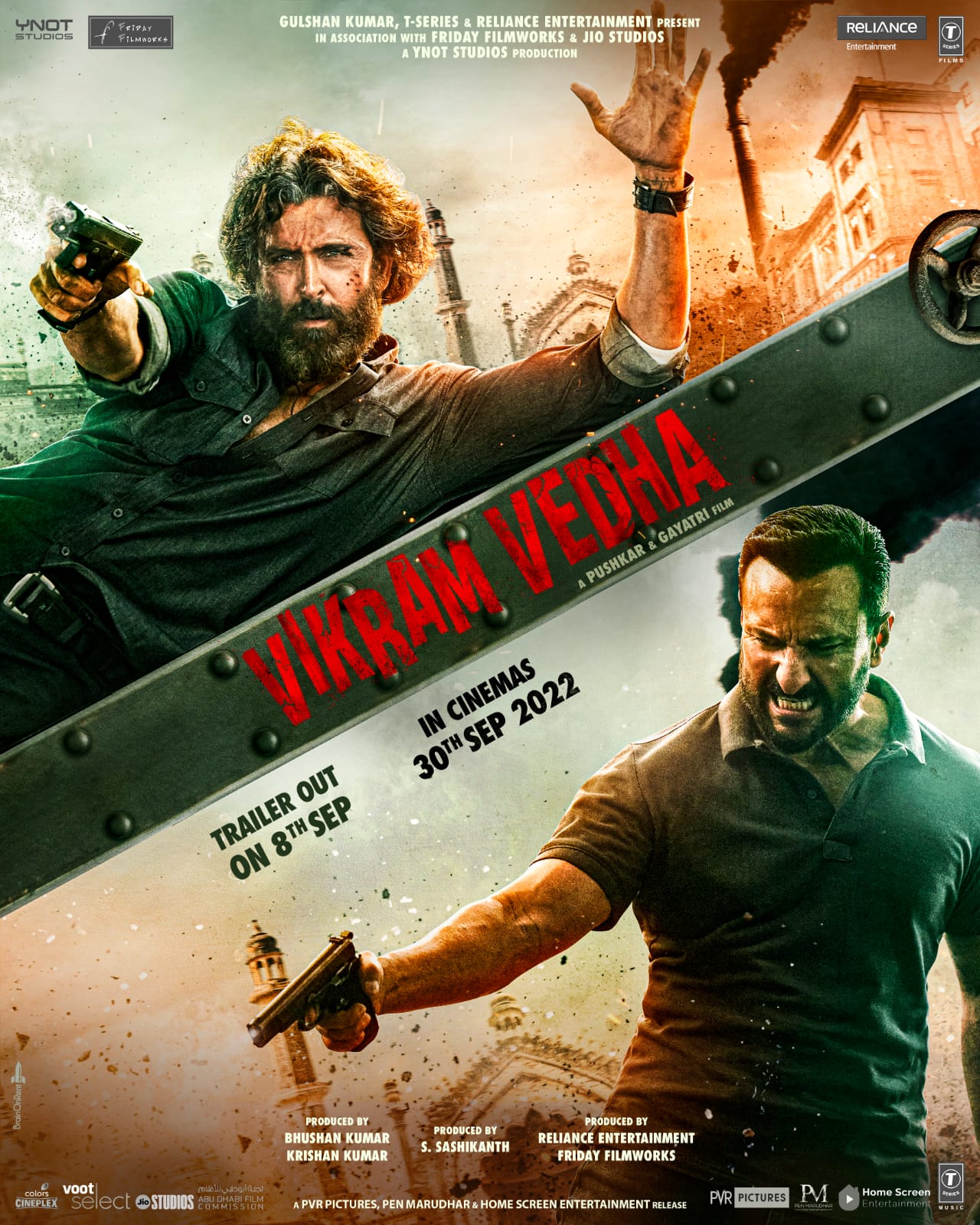 Ever since the teaser of the most awaited film of the season Vikram Vedha has been released, it has taken the audience’s anticipation for the film to the next level. While the audience is eagerly waiting to see the next glimpse of the film, the makers have finally released the new poster bringing both the leads in a never seen before avatars. So, for all the fans of Vikram Vedha wanting to know when the makers of the film will drop the much awaited Trailer from the film, the day is 8th September on Thursday.

The new poster of Pushkar and Gayatri’s directorial Vikram Vedha is truly the next phenomenon that has ignited a new fire. The poster brings Hrithik Roshan and Saif Ali Khan together in the same frame for the first time which is just magical to see. Moreover, the poster speaks a lot about the bang-on action that the audience is going to encounter on the screen as Hrithik can be seen in a sliding position holding a gun, and Saif on the other hand carries his aura of a cop with his killer expressions in a shooting position. The poster also reveals the release date of its trailer that the audience is eagerly waiting to see. So the new poster looks captivating and is surely a huge excitement for Hrithik and Saif fans.

Vikram Vedha is presented by Gulshan Kumar, T-Series, and Reliance Entertainment in association with Friday Filmworks and Jio Studios and a YNOT Studios Production. The film is directed by Pushkar and Gayatri and produced by Bhushan Kumar and S. Sashikanth and Reliance Entertainment. Vikram Vedha will hit the big screens globally on 30th September 2022.

Advertisement
Related Topics:Vikram Vedha
Up Next

Kartik Aaryan to star in Mukesh Bhatt and Bhushan Kumar’s “Aashiqui 3”, the Musical franchise started by Shri Gulshan Kumar will be directed by Anurag Basu, with music by Pritam

Rhea Chakraborty steals the show with her golden shimmery outfit; Watch how gorgeous the actress looks!!