Heading up on her next, Sobhita Dhulipala dubs for her upcoming 'The Monkey Man'
Advertisement 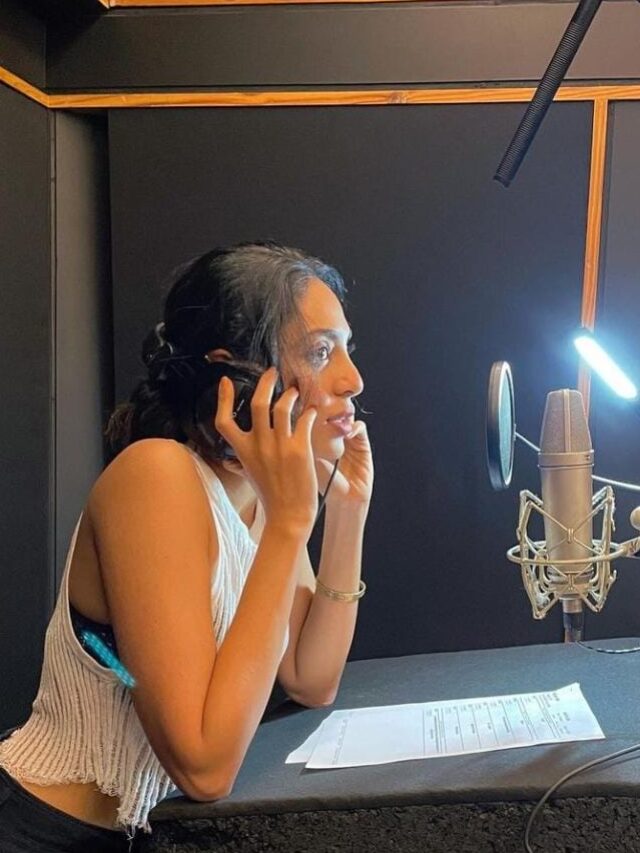 Taking to her social media, the actress shared a picture from the dubbing studio where she can be seen dubbing for her upcoming ‘The Monkey Man’. She further jotted down a caption for the same writing –

Moreover, ‘The Monkey Man’ is Sobhita’s Hollywood project in which she will be seen sharing screen space with Dev Patel, Sharlto Copley, and Sikander Kher. Sobhita had an amazing year while she was busy with the back-to-back shoots and promotions of her films.

On the work front, Sobhita has had a fantastic year with 2 blockbusters in her kitty – ‘PS1’ and ‘Major’. She is now awaiting the release of her much-anticipated web series ‘Made in Heaven and her film ‘The Night Manager’.