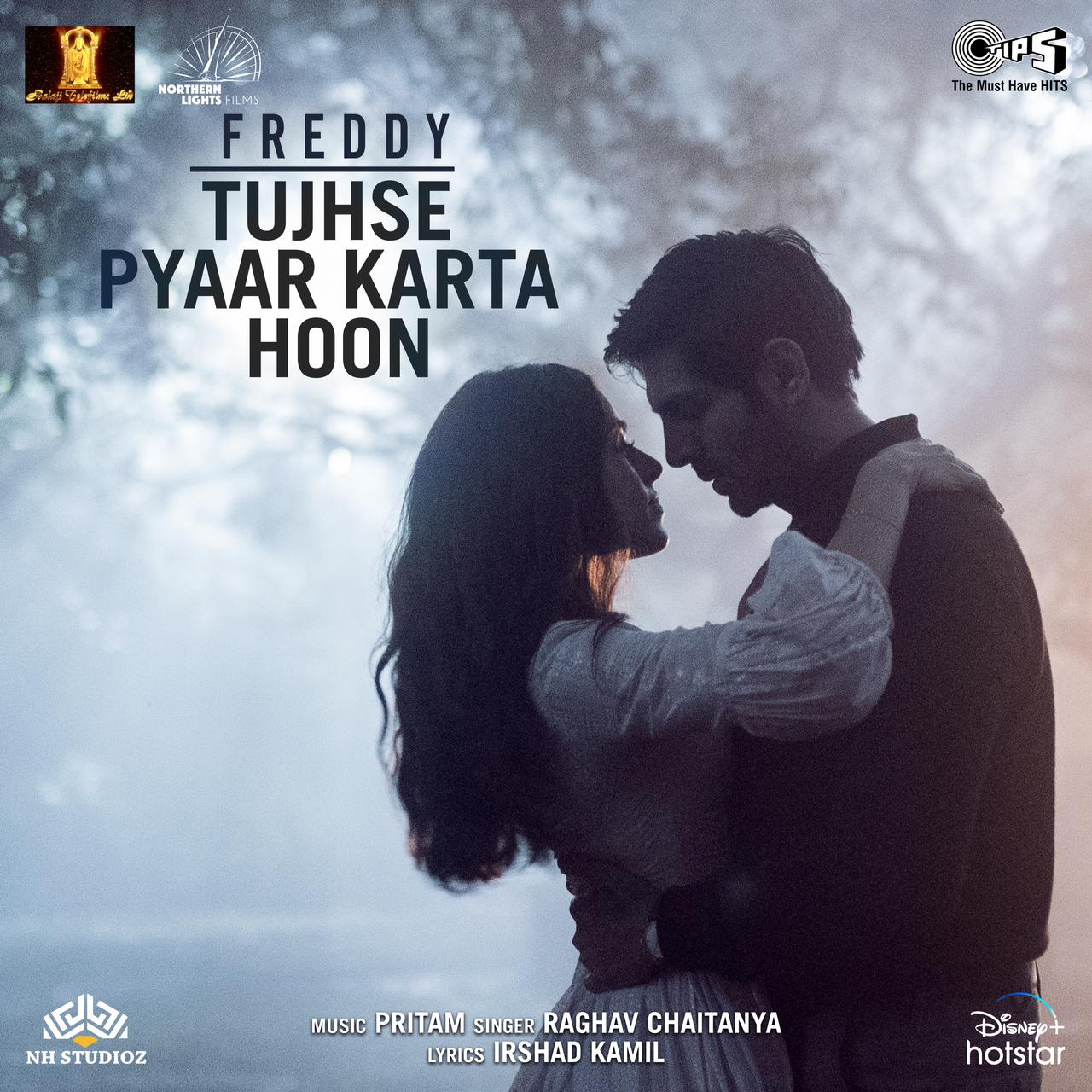 Freddy has garnered appreciation with the reviews and audiences’ reactions touting Kartik Aaryan’s career’s best performance and best thriller of the year. After watching the film on Disney Plus Hotstar on first day itself, the movie lovers also took notice of the songs in the film and soon became a fan of the soundtrack especially – Tujhse Pyaar Karta Hoon. The song soon caught onto everyone, and demanded for it to be released separately. Today on fans demand, the makers have released the song.

The combination of Kartik Aaryan and Pritam has worked like crazy with Kaala Jaadu and Tum Jo Milo and now we get to hear a love ballad that is an ode to Freddy’s Kainaaz.

Producer Jay Shewakramani said, “As soon as the movie was released we were flooded with messages from the fans and audience if we can release Tujhse Pyaar Karta Hoon. The video is a perfect combination of mushy and evil, depicting the characteristics of Freddy.”

The beautiful composition is by Pritam, the soothing vocals are by Raghav Chaitanya and the lyrics are penned by Irshad Kamil. The captivating blend of notes of whistling and Cello is one of the most catchy parts of the song.

The video is a sneak peek into a very different version of Freddy’s personality – The typical old-school person who loves Gramophones and his pet turtle. Freddy’s dance is a symphonic representation of a celebration, but this act is a declaration of an evil deed. What’s more, this song has captured its’ mood perfectly with Kartik’s perfect act – making the song even visually a beautiful one.

Talking about the song, Singer Raghav Chaitanya says, “Tujhse Pyaar Karta Hoon is a sweet simple ode of Freddy’s love. The song required me to have a very soft output that convey the emotion of love. It was amazing working with Pritam Da and his vision of the song.”