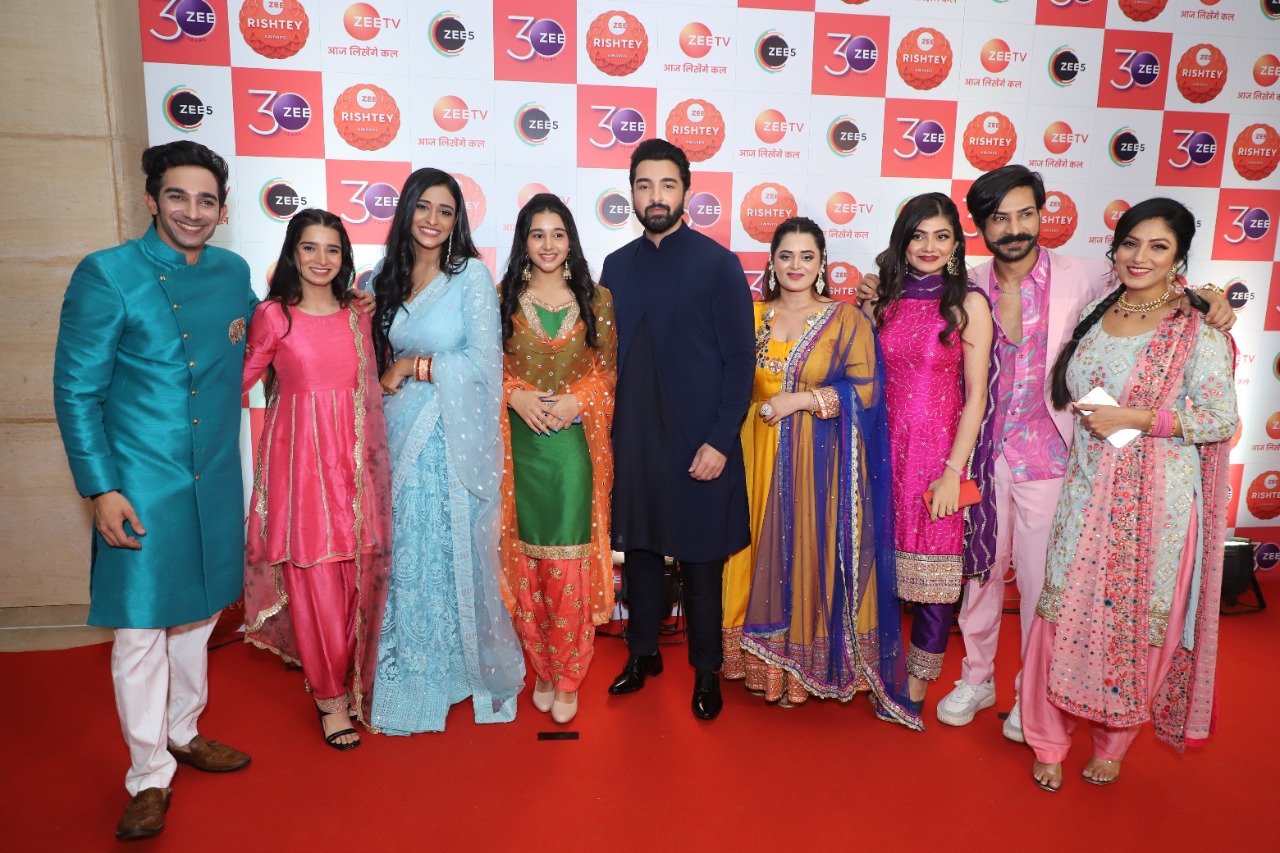 30 years of dedicated work has helped keep the people entertained with successful fiction and reality shows on Zee TV. The media outlet acknowledges the contributions of plenty creative people, who work to produce programs for average viewers. There will be a Zee Rishtey Awards celebration this year and it is a grand event that fans of their favorite characters will love.

The Nomination Party for the annual awards show of Zee TV started with performers taking the stage in their glittering best. With singers, models and movie stars all in attendance, the night was unforgettable.

Many notable faces made an appearance at the ZRA this year and created a splash in their stylish outfits. Aishwarya Khare looked elegant in a sky blue saree and Rohit Suchanti looked dapper in his dark blue sherwani.

Following the ZRA tradition, each show was given a specific color. Notably, Kumkum Bhagya and Bhagya Lakshmi looked great in red, while Radha Mohan team looked superb in blue. Another cast made a royal appearance in purple, while Mithai stars looked terrific dressed in pink.

The Zee Rishtey Awards’ Nomination Party was a blast. You can’t miss the event, so tune into Zee TV on Nomination Night to see some amazing performances and surprise announcements made by your favorite TV stars.

Zee TV has created Zee Rishtey Awards to honor your favorite actors and shows. You can tune into all the nominations at Zee TV’s, coming soon.

“We’re all Indian, we can never lose,” said Allu Arjun while being the Grand Marshall in this year’s Indian parade in NY.