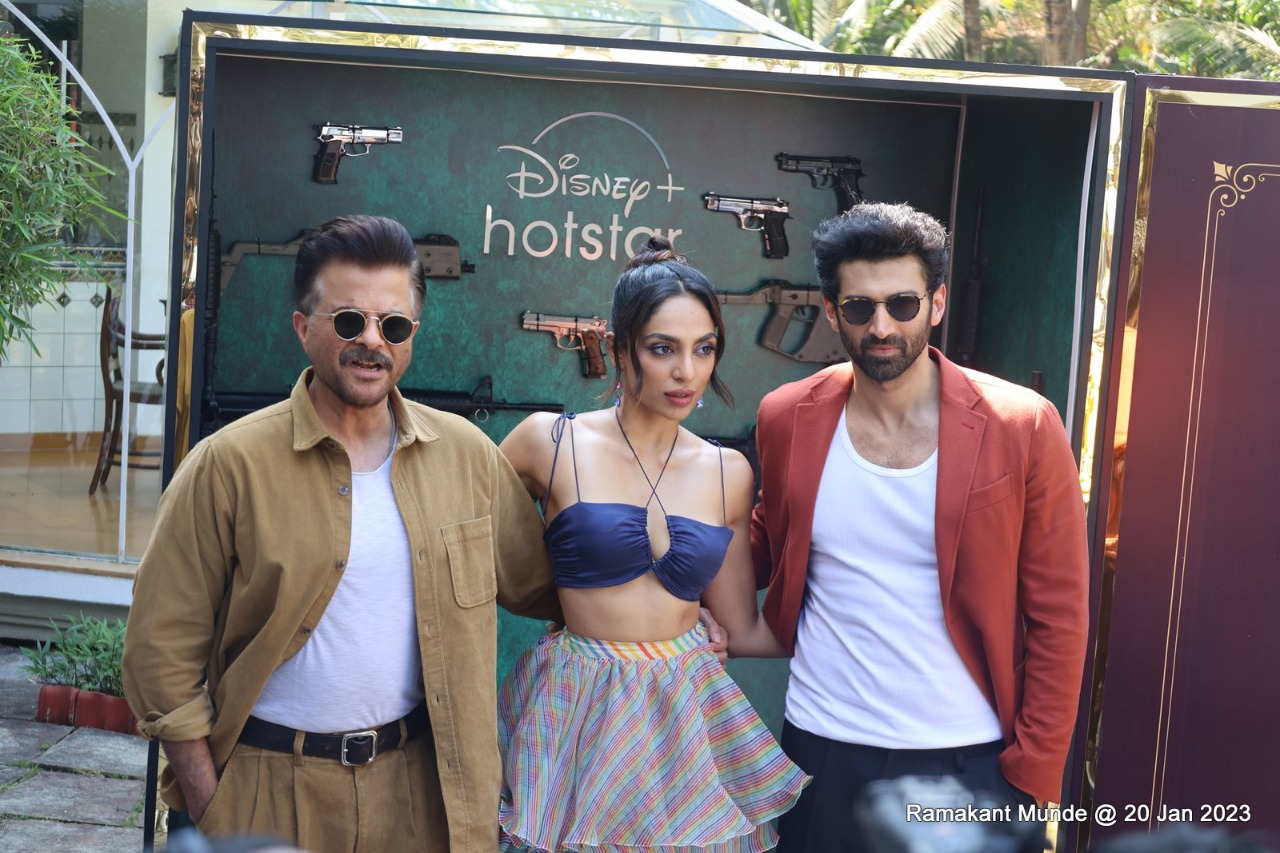 The larger than life series, Hotstar Specials’ The Night Manager is produced by The Ink Factory and
Banijay Asia, created and directed by Sandeep Modi and co-directed by Priyanka Ghosh~
Mumbai, 20 January 2023: Two powerhouses, two different sides, one massive clash – witness
loggerheads Shelly Rungta and Shantanu Sengupta get into the cinematic showdown of the year! Get
ready to check-in as Disney+ Hotstar drops the trailer to the spiraling world of revenge, deception and
revelation, the much-awaited spy thriller Hotstar Specials’ The Night Manager. A Hindi-language
adaptation of John le Carré’s novel “The Night Manager”Produced by The Ink Factory and Banijay Asia,
the series is created and directed by Sandeep Modi and second director Priyanka Ghosh. Get ready to
open the doors to a web of secrets and conspiracies with The Night Manager exclusively on Disney+
Hotstar, 17th February onwards.
There is always more than what meets the eye, a thought that’ll compel you to dive further into the
world of Shelly Rungta and Shaan. As the chase between the power-hungry philanthropist, Shelly and
Shaan along with his companion from RAW Lipika (played by Tillotama Shome) begins, the latter aims to
dismantle Shelly’s unholy alliance between the intelligence community and the secret arms trade along
with Shelly’s partners in crime BJ (played by Saswata Chatterjee) and Jayu (played by Ravi Behl). Sobhita
Dhulipala a.k.a. Kaveri plays the dynamic and charming girlfriend of Shelly Rungta.
The series is wrapped in lavish drama, picturesque sights and features the eclectic talent including Anil
Kapoor, Aditya Roy Kapur, Sobhita Dhulipala, Tillotama Shome, Saswata Chatterjee and Ravi Behl.
Creator and Director Sandeep Modi, said, “The Night Manager is a perfect mixture of an intricately
woven plot and a gripping thriller that will keep audiences at their edge of the seat. Actors like Anil
Kapoor and Aditya Roy Kapur, the absolute best of the industry and remarkable technicians from around
the world, have given their all to make our vision of the show come to life. A high-octane thriller,
packaged with elements of drama, conspiracies and picturesque sights, The Night Manager traces the
journey of Shaan, Shelly and their dynamics as they unfold with each episode. Moreover, collaborating
with Disney+Hotstar has been an incredible experience and we hope to engage and entertain the
audiences with this gripping story.”
Actor Anil Kapoor a.k.a Shelly Rungta, said, “Spy thrillers are all about the twists and revelations, with
The Night Manager the audience will experience the unexpected. Shelly Rungta is the evil in plain sight,
you can never anticipate what his next move is going to be or he is the man behind the menace. But the
twist is that he meets his match and where the show goes from there will keep the audience on the edge
of their seats.We are super excited to bring the series to global audience with Disney+ Hotstar.”

Actor Aditya Roy Kapur, said, “When there’s revenge and betrayal in the mix, high voltage drama is
inevitable. The Night Manager pulls this off on the back of fascinatingly complex characters. As they say,
still waters run deep, and my character Shaan very much embodies that phrase. One can never tell
what’s on his mind but you know the wheels are furiously turning, taking the plot from one unexpected
turn to another. It’s been a great experience working with some of the finest talent of the Indian film
industry, assembled by the dynamic team at Disney+ Hotstar.”
Watch the trailer here-

Related Topics:The Night Manager
Up Next

The trailer of ‘Tu Jhoothi Main Makkaar’ starring Shradha and Ranbir just dropped and its sizzling , fun, fresh and full of youth spirit.