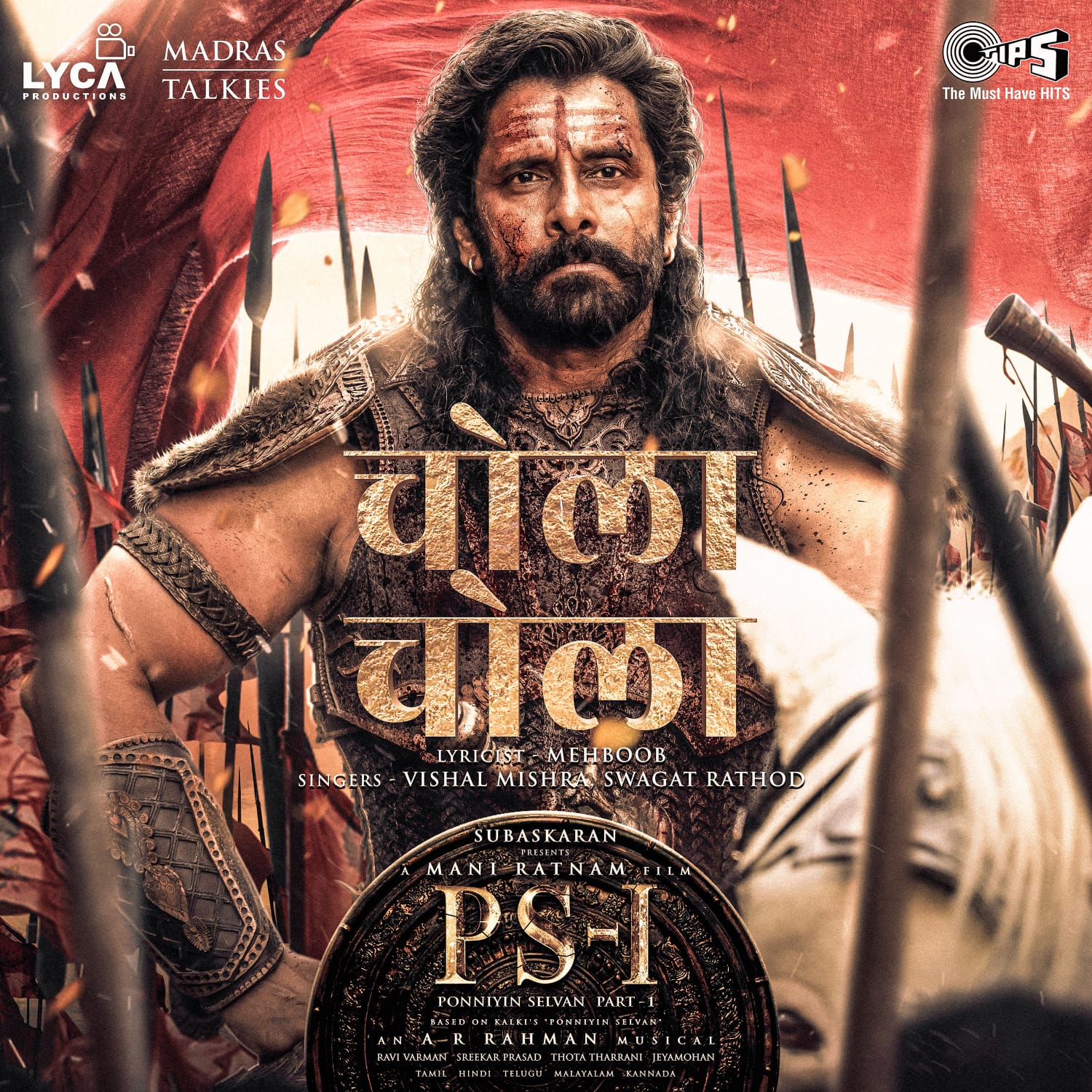 The song is about the Cholas, warriors who fought in war. The music is inspired by Tamil culture, and the story tells of love, determination, bravery and conquests. The video also includes Aishwarya’s interview with Vikram

After the success of Kaveri Se Milne, the audience will love Chola Chola. The song has a victorious theme and AR Rahman’s music captures that spirit. The dance sequences add energy to the video. Ratnam is proud of PS-1 and excited to show it to the world.

The song (in Hindi) is by a well known composer and lyricist, written specifically for this particular film. It is composed by AR Rahman and crooned by Vishal Mishra and Swagat Rathod. It is the first cinematic part of a two part film adaptation of the 1955 novel Ponniyin Selvan.

This Magnus opus is directed and written by Mani Ratnam. It stars Vikram and a talented cast of Aishwarya Rai Bachchan, Jayam Ravi, Karthi, Trisha, Aishwarya Lekshmi, Sobhita Dhulipala, Prabhu and more. Check out this inspiring song from Ponniyin Selvan: 1

An actor called Kartik Aaryan published a photograph from a set of his latest movie, and he called it one of the most intense shoots he’s had in his acting career.