Kartik Aaryan roped in as brand ambassador for popular chocolate, check out

"Dr Sagar has done a fantastic job and really elevated the performances in the show with his haunting music", says actress Huma Qureshi for the ace lyrist Dr Sagar on working together in Maharani season two

Ayesha Jhulka on working with Juhi Chawla in Amazon Original Hush Hush: It’s strange how we did not work together earlier

"Darshan Raval and I have A Garba Connection", Says Warina Hussain On Their Recent Song Dhol Bajaa

Dhokha Round D Corner celebrates the spirit of Cinema! 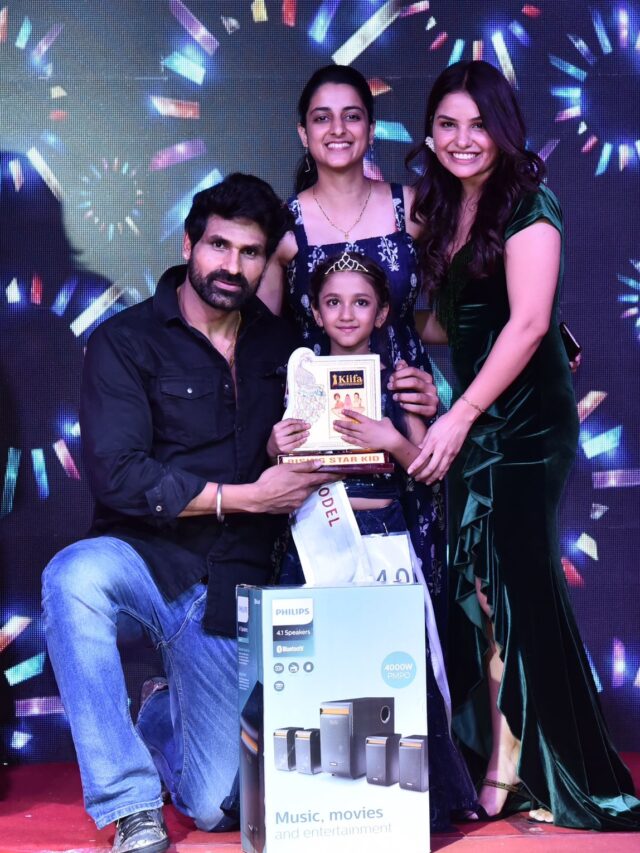 Young talents got a free glamorous platform More than 100 talents from 1 to 14 years from across the city showed their personality talent by walking the ramp Celebrity judges Navdeep Tomar, Chanda Kataria and Sanjay Soni tested their skills

KiifA Rising Star Kid Season 2 was organized on Sunday with the aim of nurturing the talent of the children and giving them a platform. In this Kids Talent Mega Event organized by Film Producer-Director, Singer and Actor Sanjay Soni TK at Takshashila Auditorium, Mansarovar, more than 100 children from one to 14 years of Jaipur district showed their glamorous talent by walking the ramp. The special thing about this event was that it was kept completely free for the purpose of grooming the talent of the children. That is, no fee of any kind was taken from the child talents for this.

AASHRAM fame actor Navdeep Tomar appreciated the talent of children
When the little ones and the teenagers started walking on the ramp, the parents and other spectators in the audience queue applauded the children. During this, actor Navdeep Tomar, who has acted in films like Celebrity Judge Lal Singh Chaddha, Haseena Parker and Tubelight, appreciated the talent of the children. Let us tell that in this Kid Talent was tested by Chanda Kataria with Navdrip Tomar as judge and film producer-director, singer and actor Sanjay Soni TK.

During this, celebrity judge Chanda Kataria said about this event that the children of Jaipur have amazing talent. Let us tell you that Chanda Kataria is a rising star of Bollywood. Currently, he is busy with two South films which will release soon. Along with this, she is also going to be seen in a web series. Significantly, this is the second season of the KiifA Rising Star Kid event. In this, children walked on stage in different costumes and expressed their star personality, confidence and style. Event organizer Sanjay Soni TK said that this is the most successful second season of KiifA Rising event. The objective of this event is to provide a platform to the hidden and hidden talents of the children. Sanjay said that in the same way, many events will be organized with the aim of giving a platform to various talents.

It is to be known that the city’s film producer-director, singer and actor Sanjay Soni TK has so far developed many talents by giving them a platform. He has also produced various films till now.

Children were doing rehearsals for a month
Film producer-director, singer and actor Sanjay Soni TK said that after registering for free in this event, all the children were rehearsing to walk the ramp for almost a month. Sanjay said that apart from highlighting the talent of the children, the purpose of this event was to develop stage confidence among the children. So that in future children can move ahead in life with confidence.

“Dr Sagar has done a fantastic job and really elevated the performances in the show with his haunting music”, says actress Huma Qureshi for the ace lyrist Dr Sagar on working together in Maharani season two