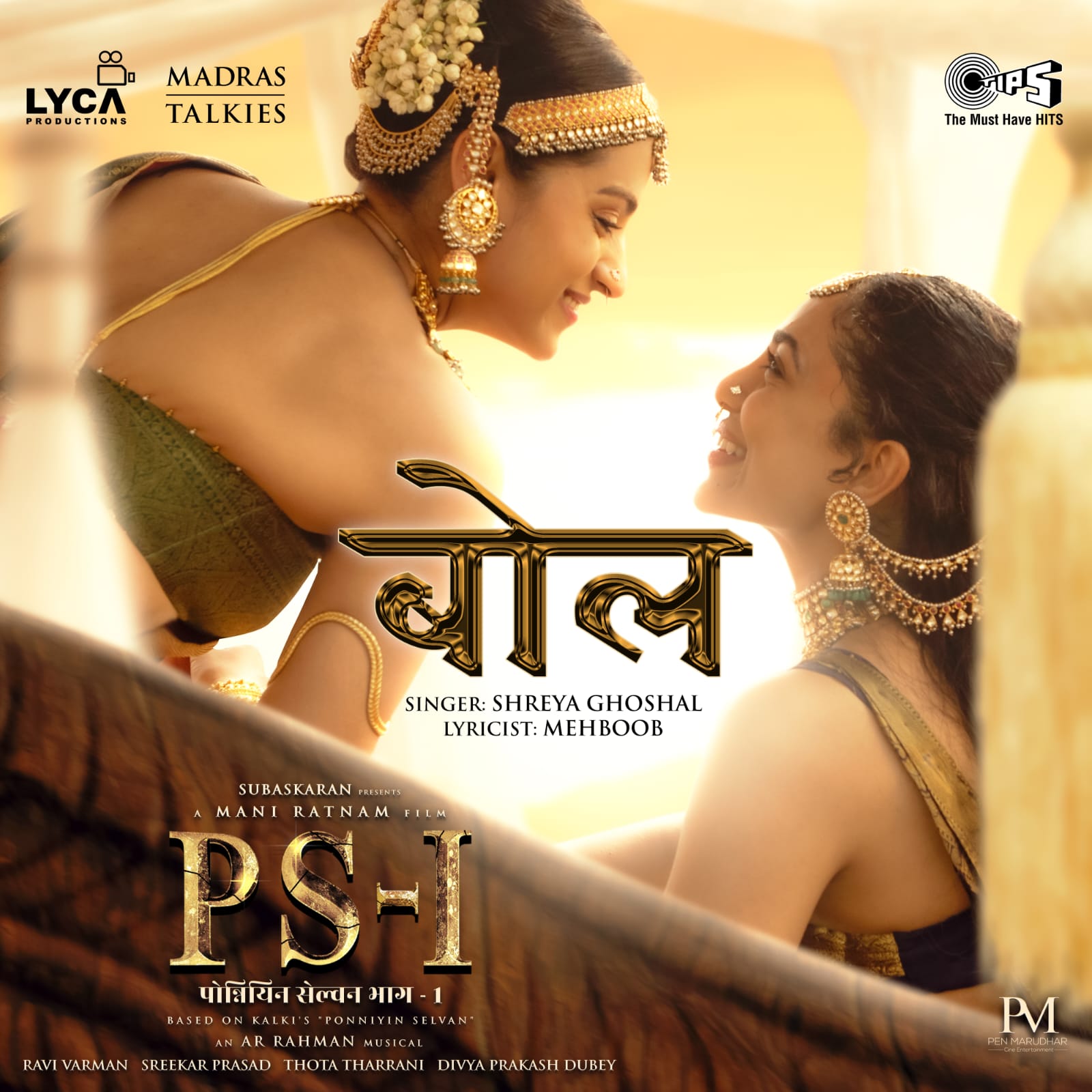 Sisterhood is sacred, as the relationship goes beyond friendship. They not only become close confidants but are each other’s support system across all emotions and stages of life.

This beautiful relationship is explored and shown in the fourth song – Bol, from Mani Ratnam’s historic multi-starrer Ponniyin Selvan-1 between Trisha aka Kundavai and Sobhita Dhulipala aka Vaanathi.

The song beings with women laughing, hymning together and playing around with water setting a very calm feminine energy of the song. Shreya Ghoshal’s voice in the Hindi version of the song immediately sets a very soft and harmonious tune to it.

Talking about the song, Shreya Ghoshal said, “The essence of the whole song was to create a lair of ease and gentle pursual a friend. One of the interesting aspects of the song is the way Mehboob sir has written a conversation between friends into a song.”

Sobhita Dhulipala further adding said, “Sol is a song I find particularly beautiful, it delicately reveals innocence, small joys and the sweetness of female friendship. And then there is Ratchasa Maamane which is opulent, festive and full of cheer. A true celebration!
I consider myself lucky to have performed such gorgeously sung and composed songs in PS1. I’m quite a fan of the entire album!”

Ponniyin Selvan will hit the screens on 30th September in five languages – Tamil, Hindi, Telugu, Malayalam, and Kannada. Based on the novel by Kalki, PS-1 revolves around the 10th-century Chola Dynasty and the struggle for the throne.

Advertisement
Related Topics:Bol
Up Next